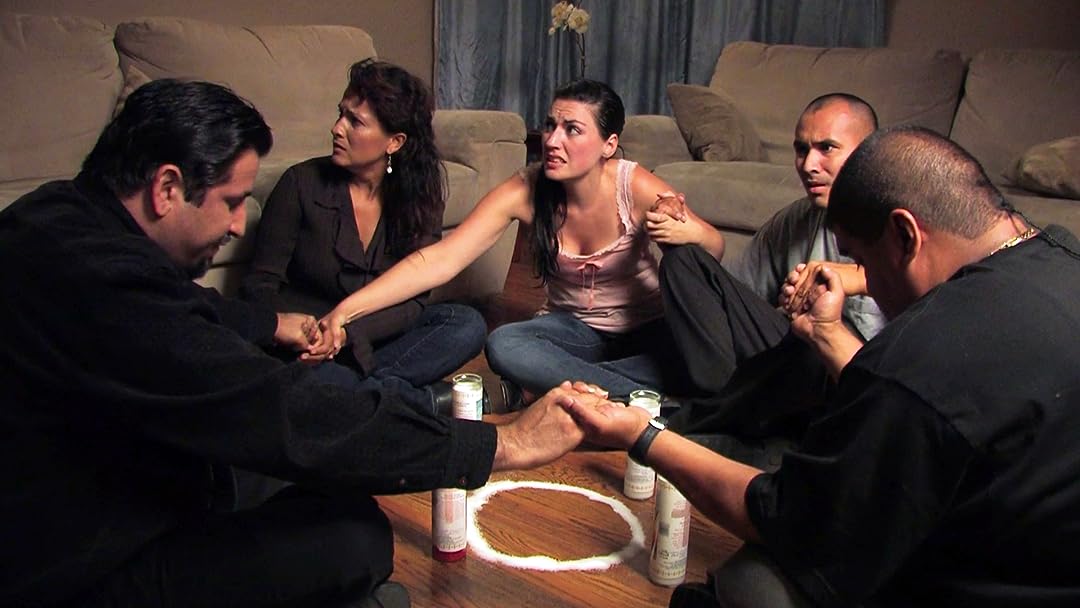 (128)
3.21 h 23 min201216+
A couple move to a creepy old San Francisco home with their young son. After losing him in an accident, they realize there's an evil paranormal presence that doesn't want them there. Things take a turn for the worse when the spirit refuses to leave their "haunted" house. Starring Angel Aviles (Desperado) Jose Rosete (The Damned, Death Row) and Horror Icon Victor Miller; Creator of Friday The 13th.

CDG Technical Writer since 00'Reviewed in the United States on December 25, 2019
3.0 out of 5 stars
know what the bible says, dont be fooled
Verified purchase
This stuff plagued a family i know for years but it was also them not knowing the bible that kept them in the dark about such things, for the KJV Bible says that the dead know not anything meaning the dead do not come back to haunt the living, the devil tries to disprove the bible by saying that people do come back to cause all sorts of troubles because he is a liar, when people die they are a wating the judgment, go to ghost truth dot org to see all of the scriptures.
2 people found this helpful

RaindaysReviewed in the United States on May 3, 2017
1.0 out of 5 stars
Is this a movie or a home video?
Verified purchase
Imagine a group of friends sitting around, getting wasted, playing with an old video camera from the 80's when someone decides they should make a movie, right there in the house, because it will be a huge tax write off.

And that's probably the story of why this laughable travesty was created.

It looks like it was shot with a potato. The actors are the finest that a high school drama has to offer. And the bits of plot that exist were stolen from better movies that were in theaters 20 or 30 years ago.

This is the kind of movie you recommend to people you don't like.

Shari Lyne DuShaneReviewed in the United States on May 14, 2016
1.0 out of 5 stars
Rubbish
Verified purchase
I love B horror. This was not a B flick. Angel Aviles portrays a mother that has just lost her only child and has no resemblance of grief in her tone or actions. Jose Rosete gave a barely passable performance, at least giving the impression of a grieving father. The phony delivery of self-importance from (I think) Elias Castillo as the clairvoyant was ridiculous. Typically, bad acting in a B flick is an over-the-top delivery that results in a comedic effect. Sometimes intentional, sometimes not; either way, it's that over-the-top effect that can make a B flick really stick out. Sadly, the actors in this film were likely doing their best. Indie films can often hold hidden gems in actors, or storyline, or directing - this one did not. The director holding a camera shot for 20+ seconds, repeatedly, in order to force the viewer to "notice" something is the same as hitting someone over the head and shouting, "Pay attention, stupid!" It's insulting to the audience, especially when so over used. The story itself was so generic with absolutely nothing notable or unique. All I came away with was a feeling of - what a waste, I'll never get that hour and a half back again.
2 people found this helpful

Daniel the KingReviewed in the United States on September 18, 2016
1.0 out of 5 stars
I would not recommend this movie.
Verified purchase
This movie hits a new low for LOW BUDGET and for being a boring and poorly acted horror flick. I've more horrified by stained bathroom grout than this. Sometimes B movies can be ok, but this one was just plain bad. I did like that fact it was filmed locally for me, as that neighborhood and house is SO typical of a Hayward/San Leandro cracker box type house with a small front lawn.
4 people found this helpful

English teacherReviewed in the United States on August 1, 2015
3.0 out of 5 stars
Not great.,,,but better than I expected
Verified purchase
This is tough to pull apart. The story is decent, there are some good scares, and the lead actor is not bad. Some of the actors are HORRIBLE. The real estate agent dies no more than read words from her computer screen; the accent on the psychic is ridiculous. For a low budget film, this was surprisingly good. My phobic pressure point is demons / satanic horror so I am admit table more susceptible to this sub genre.
There are some genuine funny moments...some accidental (too over the top) and some from realistically delivered one liners.
For a free instant stream, not a bad choice.

sunidayzReviewed in the United States on April 23, 2016
1.0 out of 5 stars
Waste of time...
Verified purchase
Poorly made film with low budget, awful writing and terrible acting. The plot and storyline were both generic and "run of the mill"; quite often, loosely based in other horror films. Didn't like this at all. Waste of time.

DeeReviewed in the United States on March 9, 2015
1.0 out of 5 stars
If you think this movie is good, please seek immediate medical attention!!!
Verified purchase
I would have rated this movie a no star if it allowed me too. The act was worse then bad I mean it was terrible. The plot was empty, every scene from start to finish was terrible. There was no real dept to the movie. Please don't waste any precious seconds of your life watching this. Anyone that rated this beyond a one star needs help. I guess this movie was in the horror genre because it's scary this s#!t was even produced and showed to anyone besides their parents who have to say something nice and encouraging
One person found this helpful
See all reviews
Back to top
Get to Know Us
Make Money with Us
Amazon Payment Products
Let Us Help You
EnglishChoose a language for shopping. United StatesChoose a country/region for shopping.
© 1996-2022, Amazon.com, Inc. or its affiliates