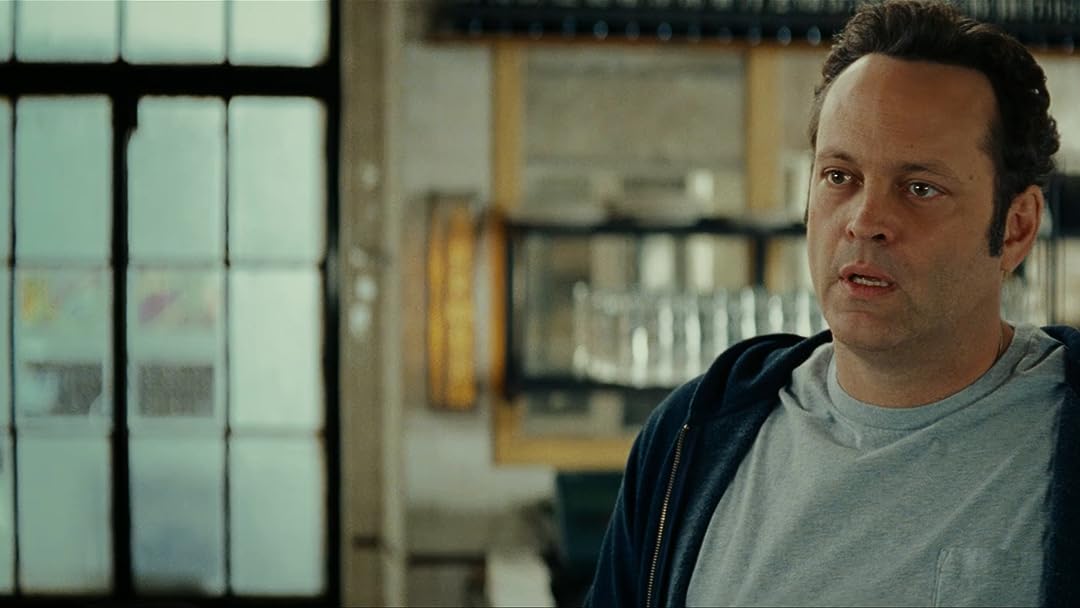 Cris KamuraiReviewed in the United States on June 20, 2021
3.0 out of 5 stars
"Me, Mine, and More"
Verified purchase
Good watch, probably won't watch again, but can recommend.

He usually plays some immature, selfish man-child, and...that's true here, but this is somehow positioned after his other roles where he wants to turn over a new leaf, for his 500+ kids.

The concept alone is enough to make the movie work, it's heavy in a charming and heart-felt way, and definitely makes the movie the experience it is.

I honestly think almost any decent actor could have filled the role, and probably better. It's a barely redeemable character, and having it be Vince Vaughn doesn't help me.

I honestly think this would be better done as a series where we get more interaction with the different kids, which is by far the most interesting part.

Worth a watch, but I don't see a lot of people re-watching this one.

joel wingReviewed in the United States on July 2, 2021
3.0 out of 5 stars
Heart warming story of a man trying to do good
Verified purchase
Vince Vaughn was an active contributor to a sperm bank. He finds out that he fathered 533 children. His problem is he is a barely functioning human being. Despite that he decides to check up on some of his children. The movie isn’t really a comedy although it might seem like it. Yes it has funny parts, but it’s more of a drama about a man trying to do some good with his life. As Vaughn’s father Andrezj Blumenfeld tells him, he takes four times longer to deliver meat than any other delivery man but everywhere he goes people love him. That basically sums up what this movie is about. Vaughn does a good job with his role and he doesn’t babble on as much as he usually does. It’s a heartwarming tale.

DeniseReviewed in the United States on March 29, 2021
5.0 out of 5 stars
Only a Movie?
Verified purchase
True, it's only a movie, but Vince's performance left me with a pall of ache for this man who found himself a victim of the social impact of "let's party." But even sans the 'party' and just holding his own in a work-a-day world, just caring and giving from his innocent heart, this man's personal fate fell to the gravity of dissipating ones biological powerhouse, be it for his own good and decent causes or for the prevalent wanton indifference in the streets. The moral of the movie won't change things in the world, but it will certainly leave an impact on the few who are ripe for the message.

The Good, the Bad, and the ReviewedReviewed in the United States on June 21, 2021
5.0 out of 5 stars
How did it take me 8 years to find this movie?
Verified purchase
I'm not afraid to admit I'm a fan of Vince Vaughn's work, and he really nails it here. This was a fun, heartwarming, thoughtful movie, and goes more than surface-level on its messages. The humor is both "haha" and "oooh that's clever!," the story pops you in the jaw outta nowhere but does it after some important scene setting and honestly the quick jab works quite well for pacing, and I have a new fun phrase that the writer's did a great job making and Chris Pratt delivers excellently: "Say it exactly like that to the judge."

I'm really, really glad to have found this.

MomReviewed in the United States on April 9, 2014
4.0 out of 5 stars
Surprisingly clean :)
Verified purchase
I try to really censor what I watch as well as what my kids watch. Everyone has their own personal scale of what's inappropriate and what's not for them. Vince Vaughn typically does some pretty "content-filled" movies. However, I looked this one up on a site that I use regularly (pluggedin.com) to check on movies before I waste my time and money on them and this one seemed to be quite toned-down in the category of bad content compared to his other films, so we gave it a shot. And, of course, with the general summary of the movie, there were some inappropriate innuendos - but in comparison to other movies that fit this category, it was actually very tactful. I was pleasantly surprised and our family really enjoyed it!
12 people found this helpful

GrammaReviewed in the United States on October 11, 2021
4.0 out of 5 stars
I love this movie and the actor as well but cannot remember his name.
Verified purchase
Great movie, have watched it numerous times and enjoy it each time. Can't remember the main actor's name, however, I'm 73, old, tired, in pain and have a poor memory but I still like the movie. I will remember his name after I finish this review. Just watch the movie, it is worth it. Just saying. LOL

Heidi1964Reviewed in the United States on August 8, 2018
5.0 out of 5 stars
The Sweetest Story
Verified purchase
Vince Vaughn plays a likeable, albeit, sort of scammer going through life by the skin of his teeth. He has a relationship he really doesn't put his energy into but wants... pretty much going through life half-@ass. He discovers something disturbing and amazing at the same time. The movie continues from there and I don't want to spoil anything but it's a heart-warming story with a great ending.
4 people found this helpful

dovermaReviewed in the United States on May 1, 2014
4.0 out of 5 stars
Vaughn delivers another hit...
Verified purchase
I'm not always a fan of Vincent Vaughn films. For some reason it's the smaller, less commercial films that I enjoy more. It's just that the best stuff is usually shown in the TV ads & other than those laughs everything else is a let down. With this movie I was pleasantly surprised. The premise is a wild stretch but not entirely impossible. From the start we learn that Vaughns character is a slacker who owes more money then he can raise. He has a girlfriend who has lost faith in waiting for him to grow up and a father who is waiting for the same. When he is approached by a representative of the sperm bank he made MULTIPLY deposits in (which we find out later in the film why he did it) we learn he had in the words of the Rep. "super sperm". The rest of the story is how by becoming involved with his kids he learns more about himself. It's funny and sweet without being sapping.
One person found this helpful
See all reviews
Back to top
Get to Know Us
Make Money with Us
Amazon Payment Products
Let Us Help You
EnglishChoose a language for shopping. United StatesChoose a country/region for shopping.
© 1996-2021, Amazon.com, Inc. or its affiliates