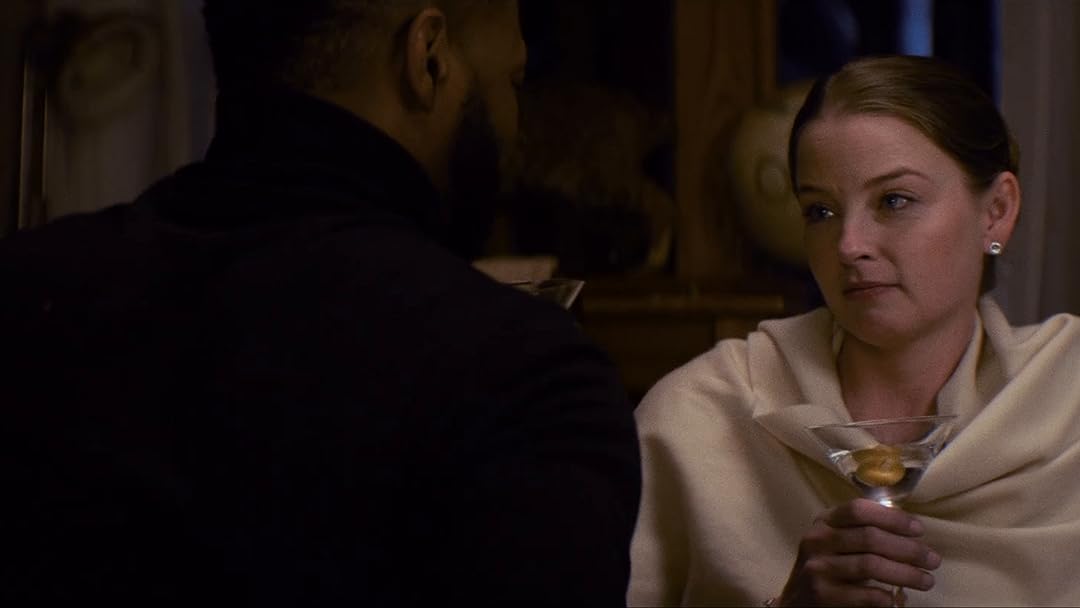 (33)
1 h 34 min202118+
Upon her grandfather's death, Robin and her husband travel to her birthplace in Germany's Black Forest. Arriving at her grandfather's cabin, she must reckon with her family's past, an ancient hunting ritual, and much more.

Scott WilliamsReviewed in the United States on November 25, 2021
1.0 out of 5 stars
Awful
Verified purchase
I would have liked to have been at the table when the producers were selling this movie to the studio. You can see by the trailer that if you cut and paste skillfully enough, you can create an illusion of a scary, supernatural thriller. But the finished product is past bad. The actors are terrible. Or maybe they're good and just poorly directed. But the dialog is so childish they never had a chance. Who thought this might be a good movie? Anyone older than twelve without a gun pointed to his head should avoid this movie like the plague.
2 people found this helpful

P SmithReviewed in the United States on November 6, 2021
2.0 out of 5 stars
Only fair
Verified purchase
I thought the Demigod was unconvincing and his lady servants boring but all in all I have seen worse. I am sorry I paid money for this film but it passed the time even if not well.

Ro KlimchakReviewed in the United States on November 4, 2021
1.0 out of 5 stars
Not for me
Verified purchase
Not for me

Amazon CustomerReviewed in the United States on January 23, 2022
3.0 out of 5 stars
B level movie
Verified purchase
They tried. Most likely a low budget. All the main actors did a great job except the Demigod costume looked just like a costume on some big guy. It was okay.

Tyler WilsonReviewed in the United States on October 26, 2021
3.0 out of 5 stars
It was cool
Verified purchase
I enjoyed to concept of the movie, how life moves in cycles. I would have never known about this movie if I wouldn't have seen Chima promoting it.

B&S About MoviesReviewed in the United States on October 22, 2021
3.0 out of 5 stars
I liked it!
When her grandfather dies, Robin (Rachel Nichols) and Leo Murphy (Yohance Myles) return to her birthplace in Germany’s Black Forest to find a terrifying secret waiting for them. Yes, as always, you should never go back home ever again.

Directed, co-written by and featuring acting by Miles Doleac (Hallowed Ground, The Dinner Party, The Historian), this movie also finds him bringing back Jeremy London from Mallrats to play Robin’s grandfather in flashbacks, the kind of dude who makes kids eyeballs out of freshly killed deer.

So before you know it, three witches and the demigod Cernunnos, Lord of the Hunt, are killing everyone and anyone as they hunt the different characters in pairs. There’s an awesome reveal of the demigod which brought Demonoid to mind which is — in my world — a very good thing.

I mean, this is the kind of movie that dares to start with three witches ripping a demon baby directly out of a woman’s stomach. That takes some guts because how do you follow that? This is the best film I’ve seen Doleac create and it’s a marked improvement over his previous movies.

This really surprised me. It’s a quality folk horror slasher hunt movie that has some name actors and a budget used to its fullest.

SkyReviewed in the United States on October 16, 2021
5.0 out of 5 stars
Great actors, and you can see the heart put into this
At a glance, you can tell it was a low-budget film, but each actor performs so well that any evidence of budget is easily overlooked. Lots of passion here, and it is 100% worth a watch! The actor who plays the kid Amalia does an exceptional job, especially knowing they learned lines in a language they'd never spoken before!
One person found this helpful
See all reviews
Back to top
Get to Know Us
Make Money with Us
Amazon Payment Products
Let Us Help You
EnglishChoose a language for shopping. United StatesChoose a country/region for shopping.
© 1996-2022, Amazon.com, Inc. or its affiliates