Demigods Academy - Book 9: The Wheel Of Time and millions of other books are available for Amazon Kindle. Learn more 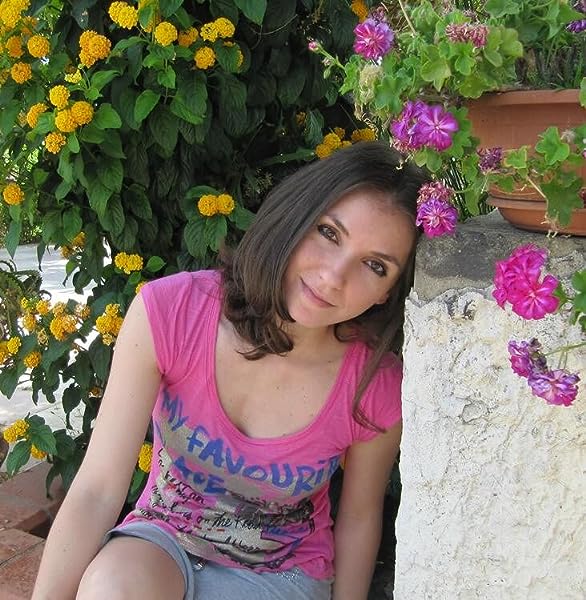 by Elisa S. Amore (Author), Kiera Legend (Author)
4.7 out of 5 stars 207 ratings
Book 9 of 12: Demigods Academy series
See all formats and editions
Sorry, there was a problem loading this page. Try again.

Dive into the season's finale with Nicole and her Demigods friends.

Being a superhero is exhausting−Nicole knows that well. Since the Gods have done nothing but put her through unimaginable tortures, she’d have every reason to join the Corpse King in his quest for revenge. Yet, joining the vengeful king would be a terrible and drastic action.

As she tries to stop him from leaving Olympus, after kidnapping the twelve Hours, Nicole’s power arises—revealing that she can jump through time. An ability unheard of by the Gods, because only Chronos himself can control time…

And now that the Corpse King knows Nicole’s secret, her life is in jeopardy.

Even worse, her power is still a liability, more than a weapon she can use against him. She knows that fighting a whole undead army, is basically her only option to rescue the Hours before he uses them for whatever he has planned.

Except, Nicole has been trapped in his diabolical plan.

Page 1 of 1 Start overPage 1 of 1
Previous page
Next page
Start reading Demigods Academy - Book 9 on your Kindle in under a minute.

Elisa S. Amore is the number-one bestselling author of the paranormal romance saga Touched. Vanity Fair Italy called her “the undisputed queen of romantic fantasy.” After the success of Touched, she produced the audio version of the saga featuring Hollywood star Matt Lanter (Jupiter’s Legacy, 90210, Timeless, Star Wars) and Disney actress Emma Galvin, narrator of Twilight and Divergent. Elisa is now a full-time writer of young adult fantasy. She’s wild about pizza and also loves traveling, which she calls a source of constant inspiration. With her successful series about life and death, Heaven and Hell, she has built a loyal fanbase on social media that continues to grow, and has quickly become a favorite author for thousands of readers all over the world.

Amazon Customer
5.0 out of 5 stars Best seasonal finale book ever!
Reviewed in the United States on November 29, 2021
Verified Purchase
I love the storylines in these Demigods Academy books! Heroines are believable and easy to love! The love interests are great matches to the heroines. Like the missing piece they didn’t know was missing! I am excited about the next season for these people and their magical world!!
Read more
2 people found this helpful
Helpful
Report abuse

Kindle Customer
5.0 out of 5 stars Love all these books!❤️
Reviewed in the United States on November 22, 2021
Verified Purchase
I have loved reading these books and I can't wait for the next book in march. I really hope it comes out sooner. Pretty please......
Read more
2 people found this helpful
Helpful
Report abuse

mary
5.0 out of 5 stars amazing series
Reviewed in the United States on January 24, 2022
Verified Purchase
Each book has something new to offer. The adventures keep you enthralled in the story. I can usually predict books and plots and these always throw me threw a loop and I am surprised how it turns out.
Read more
One person found this helpful
Helpful
Report abuse

alicia delgado
5.0 out of 5 stars Hi
Reviewed in the United States on June 16, 2022
Verified Purchase
Love these books. I just finished the 1st 9 in like 2 weeks. Find myself fighting sleep to finish the chapter.
Read more
Helpful
Report abuse

Heather T.
4.0 out of 5 stars Good
Reviewed in the United States on November 18, 2021
Verified Purchase
I love this series and this book was just as good a story as the others. Some awful editing errors though. It needs a quick once through fix and then it would be a 5 star review.
Read more
2 people found this helpful
Helpful
Report abuse

Amazon Customer
5.0 out of 5 stars Awesome Demigods book
Reviewed in the United States on January 8, 2022
Verified Purchase
I enjoyed reading this book. It flowed nicely & I was able to read in spare time. Very nice finish. Can’t wait till next season comes out.
Read more
2 people found this helpful
Helpful
Report abuse

Anony
5.0 out of 5 stars Amazing
Reviewed in the United States on December 9, 2021
Verified Purchase
I love it so much its the best series I have ever read I highly recommend you check it out for yourself
Read more
2 people found this helpful
Helpful
Report abuse

Kindle Customer
4.0 out of 5 stars Brilliant story needs a bit of editing
Reviewed in the United Kingdom on December 23, 2021
Verified Purchase
The story is great but it seems like in a few places there are words or sentences missing or bits of strange perspective.
Read more
Report abuse

Kindle Customer
5.0 out of 5 stars Another great read
Reviewed in Canada on January 25, 2022
Verified Purchase
I was excited to get answers to some things and excited for the final novel. Didn't know if I could get attached to these characters but I do love them too
Read more
Report abuse
See all reviews