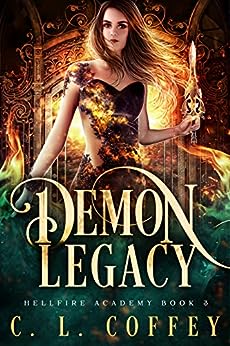 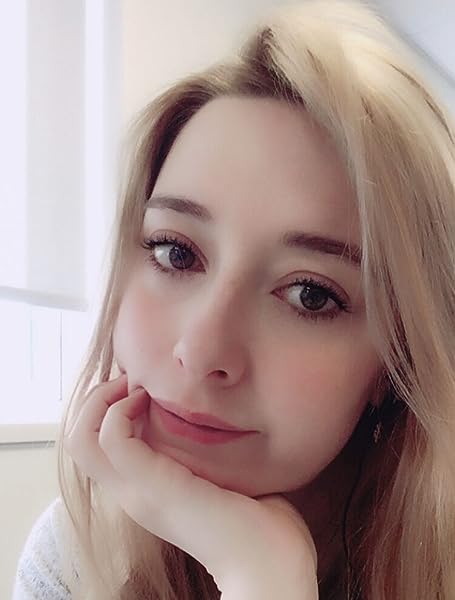 The Watchers know all about Hellfire Academy. They also know who Kennedy’s father is.

After weeks of travelling the world to find even a hint about the Watchers, Kennedy discovered their origins were a little closer to home. Instead of spending summer break in Italy with Gabriel, she’s spending it in the home of the most senior member of the Watchers.

With the prophecy's warning echoing in her ears, Kennedy is reluctant to trust the Watchers, even when they ask for her help to defeat a fallen angel. But the Watchers have a piece of information Kennedy is desperate to get her hands on: who her father is.

With secret missions, unbreakable vows, and an enemy shrouded in secrecy, it's not just Kennedy's future that's at risk. The prophecy might be bigger than anyone imagined and the only thing standing in the way of death and destruction is a nephilim and an archangel.

International bestselling author, C. L. Coffey writes urban fantasy novels about angels, fallen angels, and the supernatural creatures from the realms in between. Although she once called Louisiana her home, she now resides in the East Yorkshire countryside with her two cats and two bengals.

4.7 out of 5 stars
4.7 out of 5
31 global ratings
How are ratings calculated?
To calculate the overall star rating and percentage breakdown by star, we don’t use a simple average. Instead, our system considers things like how recent a review is and if the reviewer bought the item on Amazon. It also analyzes reviews to verify trustworthiness.
Top reviews

Jennifer Layne
5.0 out of 5 stars Next book please!
Reviewed in the United States on June 19, 2021
Verified Purchase
I have thoroughly enjoyed this series! It is well written and edge of your seat exciting. I could not sleep until I finished this book!

Mary J Holloway
5.0 out of 5 stars Hellfire Academy Series
Reviewed in the United States on August 17, 2021
Verified Purchase
I love these books. I have read the first 3. I see there are 2 more, Demon Shadow and Demon Fury. But can't find them.
Read more
One person found this helpful
Helpful
Report abuse

Jess D Garner
5.0 out of 5 stars Love……
Reviewed in the United States on August 16, 2021
Verified Purchase
Great story line. Love characters. Love the love story running In the background. I absolutely love this book. Need the next one!
Read more
One person found this helpful
Helpful
Report abuse

Doug Williamson
5.0 out of 5 stars Are the answers worth the price?
Reviewed in the United States on August 25, 2021
Now our heroine wants information about her dad, but the people that have that information are not exactly people she wants to work with. Is the information important enough to her to balance the risk?

This is book three of the series. It works pretty well as a standalone, but you will be missing some of the backstory if you start here.

This is a paranormal romance of sorts, with angels and demons as the main protagonists. The story is well written and easy to read, with each book building on the previous ones. Both our setting and our characters get a bit more depth in this book, which is always a good thing. The plot is also getting more convoluted, with several twists and turns which definitely keep things interesting. Overall, I enjoyed this installment and look forward to seeing where it goes next.

I received a free copy of this book via Booksprout for review purposes.
Read more
Helpful
Report abuse

whitney
5.0 out of 5 stars Into the Watcher’s Den
Reviewed in the United States on June 6, 2021
As always, I was sucked into this world, and had an incredibly hard time putting the book down. Especially because things with the Watchers are becoming more intense as Kennedy tries to figure out exactly what role Harrison and Leigh-Ann play.

As the summer goes on, we also start to get more answers about Kennedy’s history, what’s going on at the school, and what it is the Watcher’s are hoping to accomplish. There are still a lot of questions, but things are slowly coming together!

One of my favorite things about this series is not just the uniqueness of the story, but also how seamlessly each book flows to the next. The story continues to build on itself, but it never feels disjointed or like we haven’t been given important information. Like all the other, this book was well worth the read, and I can’t wait to see where Kennedy is off to next!

kat
5.0 out of 5 stars Excellent Book
Reviewed in the United States on May 27, 2021
Pandora goes home with Leigh-Ann and Gabriel goes to Rome for the summer break. Both are trying to find anything they can about the watchers. Pandora doesn't realize it yet, but she is staying with a family of watchers. Before she understands what is going on she signs a covenant that prevents her from telling anyone what is going on. She tries, but it causes painful blinding headaches. And the adventure goes on. The characters blend well and work well with a plot that has plenty of twists and turns. This installment was very good and a fast read. I can't wait for the next book.

Margarita Rose Bailey
5.0 out of 5 stars Non-stop
Reviewed in the United States on May 26, 2021
Non-stop action packed and fast paced phenomenal story. Kennedy is on summer break. She is going home to the Sinclair household. While she's there she is deceived and signs a covenant that is non breaking. She's unable to share what is happening to her with her special angel. Facing various situations she has to overcome and persevere. She finally knows who her father is. Strange things are happening to her and she needs to find the truth. A great read.

di115
5.0 out of 5 stars Emotional
Reviewed in the United States on June 7, 2021
Dora Kennedy learns a lot about herself in this book. More people die and secrets are revealed. Did you ever read a book that makes you feel what is happening? This book does that to me, the emotions Kennedy feels I felt, I wanted to cry and yell at the end. The emotions overwhelmed me. Now I need the next book to find out what is going to happen. I really good read! I would recommend this book to all.

Dawn M
5.0 out of 5 stars Wow!!
Reviewed in Canada on October 23, 2021
Verified Purchase
I love this book I devoured it this series so far has been bloody amazing well written and has amazing cast of characters! Love the cover art as well!
Read more
Report abuse
See all reviews