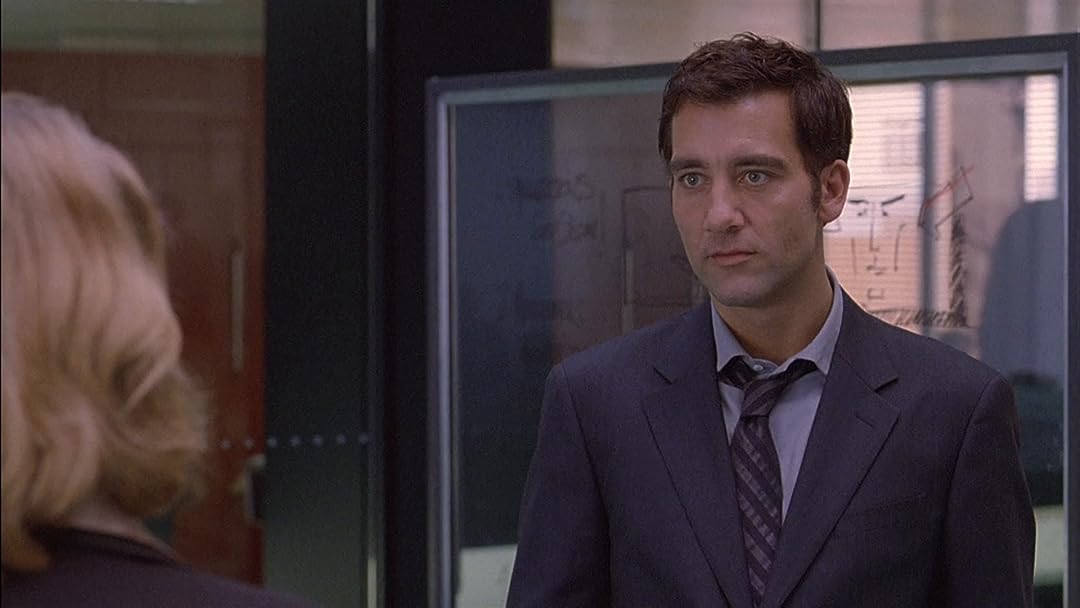 (1,317)
6.61 h 47 min2005X-RayR
When two married business executives having an affair are blackmailed by a violent criminal, the two must turn the tables on him to save their families.

ARROWFLINGERReviewed in the United States on June 29, 2020
4.0 out of 5 stars
It's worth watching a couple of times
Verified purchase
This is a good one..good ... . It was recommended by a friend of my better half... I watched it alone an
I was telling "A person" about how good this movie is, and after it was over.. that person said , I really didn't care for it , it was OK not a winner.. BUT.. everytime you watch a movie, if you Get up for enough time to make a sandwich, then go get your phone from a room upstairs and make a call for 20 minutes, you're probably gonna miss enough of the show to not like it. So sit down bring you snacks. Or hit pause when you get up... 👍
ARROWFLINGER

AshleeReviewed in the United States on December 22, 2018
5.0 out of 5 stars
Oh Clive.
Verified purchase
This movie was kind of alright. I keep renting it every couple of years to hear Clive Owen deliver one of my favorite lines of cinema: “I bet you twenty dollars I can kiss you without ever touching your face.” He leans in and kisses Aniston squarely on the lips, then hands her a $20 bill. “Worth every penny.” Swoon!! Total dream boat.
8 people found this helpful

Wallace B.Reviewed in the United States on June 11, 2020
5.0 out of 5 stars
One of Aniston's better performances
Verified purchase
This would almost be a pure film noir if not for the rather tidy last scene. Otherwise this movie a very well done mystery suspense story buoyed by a solid cast. It kept me on the edge of my seat, even on a second viewing. I originally saw DERAILED when released in theaters way back in 05. However, I don't think it was a huge box office success. I suspect many Aniston fans didn't like her as a Femme Fatale. I thought she was perfect. Also Kudos to Clive Owen, and especially Vincent Casselle who plays one hell of a convincing bad assed villain.
3 people found this helpful

Glama PussReviewed in the United States on August 20, 2021
3.0 out of 5 stars
Good but what is wrong...
Verified purchase
with the Clive Owen character, Charles? He never changes his cell phone number even after he's deep on to the con. He confronts the murderer of his sort-of office friend AND his possibly more dangerous accomplice with - oh yeah, with his bare hands, no weapon, tho he knows they both have guns. Well-acted except for Aniston who is deadfaced thruout and not believeable as a seductress or even as a woman who would for no good reason help out a stranger on a train. Good plot, Owen and Gianfranco DeCarlo make no mistakes, but please if you can come up with that kind of bread for the grift buy a gun - and some serious backup. Do NOT recommend.

Deborah R.Reviewed in the United States on March 12, 2021
5.0 out of 5 stars
Blew My Mind!
Verified purchase
This movie is all aces! I'd say it's one of the best ones I've seen in quite awhile and I was surprised it escaped me for so long. I never even knew it existed until I started browsing Jennifer Anniston films. I'm so use to her playing lighthearted and/or comedy roles. But, this girl can't carry her own in a more serious role...who knew!? If you like movies that have twists and turns around every corner and edge of your seat stressors this ones for you! The tension and stressful fear is palpable.
2 people found this helpful

ToroloverReviewed in the United States on April 9, 2018
5.0 out of 5 stars
Highly recommended - extremely suspenseful
Verified purchase
This is the 2nd time I watched this movie, and still found it intriguing. The first 45 minutes was a bit slow, but do not miss any of it because they are totally related to the later part of the story. When you reached half way the movie, twists kept coming up which will keep you at the edge of your seat. And when you thought you figure it out, there is another twist. In short, it's an underrated movie with lots of twists. Excellent movie - extremely suspenseful. Highly recommended. You won't regret it for watching this.
7 people found this helpful

Movies R UsReviewed in the United States on November 13, 2020
1.0 out of 5 stars
DISAPPOINTING, 1 STAR FOR THE ACTING
Verified purchase
I HAD WANTED TO SEE THIS MOVIE FOR A LONG TIME BECAUSE
I AM A FAN OF THE 2 LEAD ACTORS. AFTERWARDS I HATED IT
AND WISHED I HAD NEVER SEEN IT. GRITTY, MEAN, VIOLENT.

STORYLINE TRIES TOO HARD TO BE TOO MUCH.
THE MALE LEAD IS WRITTEN AS AN UNSUSPECTING VICTIM WHO MAGICALLY TURNS INTO A FINANCIAL WIZARD AND SUPERHERO AT THE END.

SanNic44Reviewed in the United States on June 16, 2013
4.0 out of 5 stars
Good Plot, Twisted, Well Acted
Verified purchase
This time, Jennifer Aniston is more a femme fatale than the girl next door. Don't want to spoil the plot, but she's a twisted sister in this thriller as she lures Clive Owen into a honey trap that goes horribly wrong for everyone involved, especially Owen, who finds himself blackmailed, haunted by his own stupidity, and out of money to care for his ailing daughter. Granted this is straight up Hollywood formula, but it's well done and very, very well acted. Aniston deserves credit for playing her character perfectly, just enough sweet with a whole lot of subtlety. Forget the characters you've seen Jennifer Aniston play because she earns high marks for stepping into this role, which is not what too many people expect. Hitchcock would be proud of this movie, especially because when you think it's over, there's a few more turns of the screw before everything is nailed down. And nailed down it is, in the best way possible, if a bit too Hollywood. Nonetheless, very satisfying.
5 people found this helpful
See all reviews
Back to top
Get to Know Us
Make Money with Us
Amazon Payment Products
Let Us Help You
EnglishChoose a language for shopping. United StatesChoose a country/region for shopping.
© 1996-2022, Amazon.com, Inc. or its affiliates