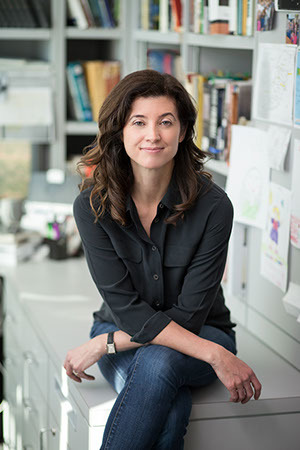 Destiny of the Republic by Millard, Candice. (Doubleday,2011) [Hardcover] Hardcover

4.5 out of 5 stars
4.5 out of 5
5 global ratings
How are ratings calculated?
To calculate the overall star rating and percentage breakdown by star, we don’t use a simple average. Instead, our system considers things like how recent a review is and if the reviewer bought the item on Amazon. It also analyzes reviews to verify trustworthiness.
Top reviews

Kristi R.
5.0 out of 5 stars "Jamie, We hardly knew ya!"
Reviewed in the United States on August 15, 2014
This book is amazing. The story of the James Garfield assassination involving the shooter, James Lister (the doctor who discovered antiseptics), Alexander Graham Bell (the inventor who raced to find a way to save Garfield's life) and the man who could have been our greatest President ever, had he lived.

The villain in this story is not the man who shot the President, Guiteau an obviously crazy man, but the Doctor Bliss, the doctor in charge of saving Garfield's life. He was truly of the old school and did not follow Dr. Lister's methods. Sticking his dirty hands and/or sticks into Garfield to find the bullet and other methods that today seem like torture. Makes me wince just thinking about it.

The real hero of this story was James Garfield, a self made man. His father died when he was quite young and his mother brought him up as best she could. James worked on the Erie Canal and went to a prestigious school, first working as a janitor until the professors discovered how smart he was. The next year James taught 6 classes himself to earn his tuition. He graduated early and went on to an Ivy League school and then went back to his old high school to continue teaching. When the local senator died he was asked to replace him and as he felt it was his duty he accepted. During the Civil War he ended up being a General for the Union.

He was barely President when Guiteau shot him in a train station on July 2nd, 1881. He died Sept. 19th, 1881 and his autopsy showed the doctor in charge was looking on the wrong side of his body for the bullet. Many say now, that if they had left him alone he would have survived, since he died of the infections raging through his body. He was only 49 years old at his death.

The narrator was great and the story reads like a novel. I will always wonder what kind of Presidency Mr. Garfield would have had, had he lived. There is also a side story about his successor, Chester A. Arthur, a man known as a corrupt politician, who through the guidance of a woman named Julia Sand (an invalid who wrote Mr. Arthur letters about how he should handle this crisis) became a President that tried to follow what President Garfield would have done, much to the anger of his cronies.
Read more
2 people found this helpful
Helpful
Report abuse

Hal from south Texas
5.0 out of 5 stars Great Book
Reviewed in the United States on December 23, 2020
Candace Millard writes a great book about the assassination of James Garfield and the medical consequences that led to his death. The book is very well researched and Millard's information about the lack of knowledge about infections in the United States at that time are well thought out. Looking forward to her fourth book.
Read more
Helpful
Report abuse

Dave S.
1.0 out of 5 stars Great book; terrible CD
Reviewed in the United States on December 5, 2012
Millard has found a great story, and tells it well. The problem is entirely in the physical production. Of 8 CDs, 5 of them have corrupted tracks that won't play, either through a computer or a CD player. Get another format.
Read more
One person found this helpful
Helpful
Report abuse
See all reviews
Back to top
Get to Know Us
Make Money with Us
Amazon Payment Products
Let Us Help You
EnglishChoose a language for shopping. United StatesChoose a country/region for shopping.
© 1996-2021, Amazon.com, Inc. or its affiliates