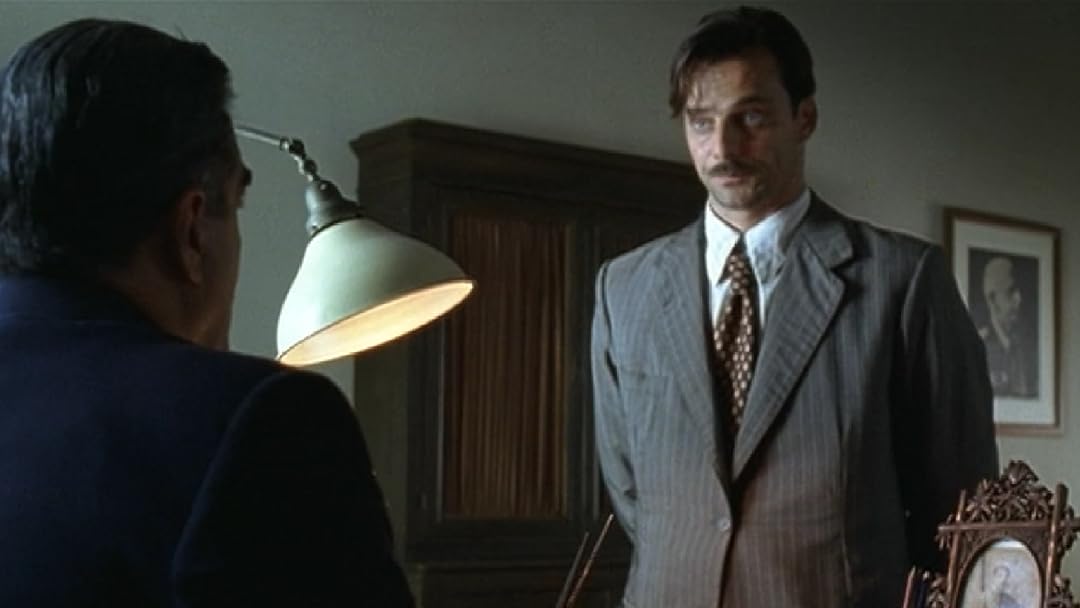 Season 1
(27)
7.4200816+
In Italian with English subtitles. Against the backdrop of Italy's political upheaval, Fascism and chaos during the tumultuous post-war period between 1938 and 1948, Detective De Luca investigates crime in the war-torn city of Bologna and along the Adriatic coast with little regard for those in power. The episodes are based on the best-selling crime novels by Carlo Lucarelli.

Kristine BrancoliniReviewed in the United States on September 25, 2015
5.0 out of 5 stars
Outstanding Italian Historical Mystery Series
Verified purchase
I read the De Luca mysteries by Carlo Lucarelli and so I was thrilled to see that the TV series is available with English subtitles. These are very faithful adaptations of the books, which is exactly what I wanted. The pre-World War II and post-World War II historical elements are perfect and enrich the quality of the programs. My daughter lives in Bologna and it's hard to find books and films set there, although it's a beautiful and unique city. The entire series isn't set in Bologna but many of the scenes are filmed there. In one episode a wealthy woman has a painting on the wall by Morandi, Bologna's most famous contemporary artist. DeLuca is looking at the painting and the woman says in an off-hand way, "Yes, that's a Morandi." Perfect detail! Anyway, I love Carlo Lucarelli's work and I wish there were films of his contemporary mysteries, especially Almost Blue. The Detective De Luca series is flawless.
23 people found this helpful

richard leclercReviewed in the United States on April 3, 2017
5.0 out of 5 stars
grand ! elegant ! fun !
Verified purchase
the clothes ! the houses !
italy ! the interiors !
those eyes ! that jawline !
these mysteries are grand !
positively grand !

RealDealReviewed in the United States on November 17, 2021
5.0 out of 5 stars
Loved the show, wish there was more episodes.
Verified purchase
Excellent acting and script. They really show how politics get in the way of justice. Loved the backdrop of the post WW2 era. Gritty and honest.

cadeauxReviewed in the United States on February 24, 2016
5.0 out of 5 stars
Worth it.
Verified purchase
Fun. Great pace. Characters intriguing. So far the only one Amazon hasn't gouged on price wise.
One person found this helpful

DifferentNameReviewed in the United States on March 24, 2015
5.0 out of 5 stars
Five Stars
Verified purchase
This is a super series; please let's have more like it!
One person found this helpful
See all reviews
Back to top
Get to Know Us
Make Money with Us
Amazon Payment Products
Let Us Help You
EnglishChoose a language for shopping. United StatesChoose a country/region for shopping.
© 1996-2022, Amazon.com, Inc. or its affiliates