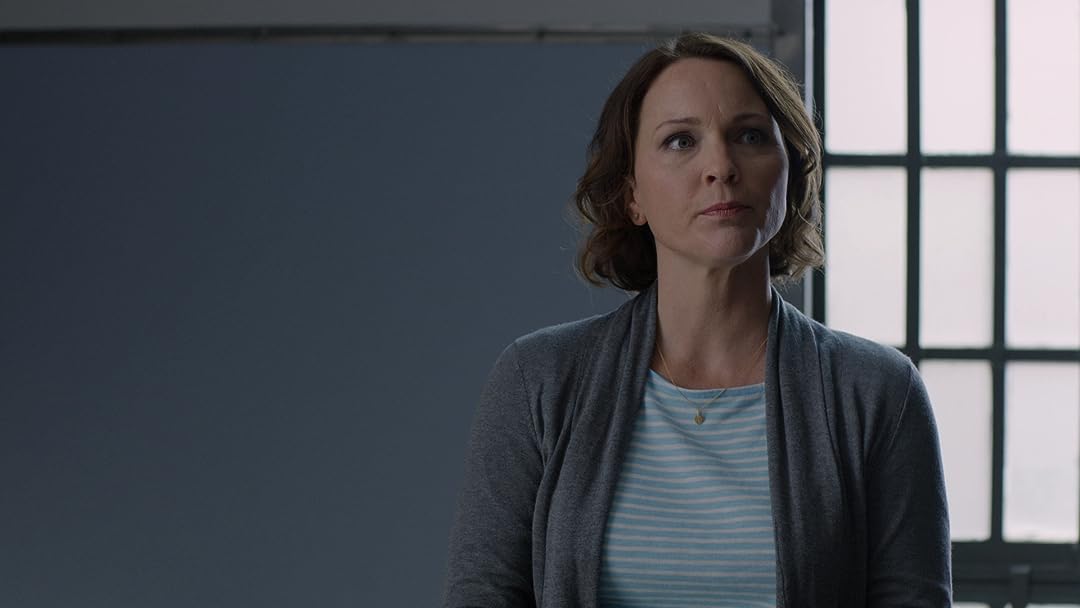 Season 1
(15)
2015X-Ray16+
Allison McLean is a tough and experienced detective, mother and wife in Seattle. When she and her partner must arrest her brother for aggravated assault, her world drastically changes as he's convicted and sent to prison, leaving his two teenagers on the brink of foster care. Ultimately, she takes them into her home, ending up with four teenagers to raise as well as her job solving crimes.

Scheherazade BegovicReviewed in the United States on August 3, 2021
1.0 out of 5 stars
just so sugary sweet
Well it starts with cop sister arrests violent/lifelong criminal brother who is then convicted by a judge and jury and yet somehow everyone blames her and she just takes it and apologizes?!?!? WHAT???? Then she takes in his two 'on the same path' kids because their mother is a junkie in rehab(and seemingly has been the kids entire life...............so cop aunt does nothing for years and lets her niece and nephew grow up like that....k........not). And the kids are mad at her.....um again no. Having cared for kids living with crap parents like these in real life the kids are happy/grateful/safe for the first time in most of their lives do not act like that....but it's canadian so ....as long as everything seems ok/plays that everything is ok....it's ok. 60+ year old brother and sil have teenage kids, again no. Just tripe...........oh and for an even better point as to how garbage this is the last 2 episode are the same episode and seemingly there is no "season finale" so it just drops into the ether of cancelled mid season should have never been made show..........ugh..........don't waste your time. And amazon for craps sake either find the other episode or just end it episode 9 as there is not 10 it's just 9 with a new number.........and yes i know you will never post this review but now you can't say you didn't know that you don't actually have all of season 1.
4 people found this helpful

SueReviewed in the United States on December 15, 2021
5.0 out of 5 stars
Wonderful police stories + family stories
Allison McLean (Kelli Williams) is a police detective. Her loving husband, Matt McLean (Jonathan Scarfe) owns his own construction company. They have two teenage children. They take in Allison's brother's (Luke Perry) two teenage children when he goes to prison. The sister-in-law is in drug rehab. The McLean's have a very good, healthy marital and family relationships. The crimes she solves are very interesting and not sickening - no child rape or serial killers. No swearing. Married couple shown in bed kissing. A good-looking man's chest shown but no female naked breasts or buttocks of either gender. No private parts shown.

A visually beautiful and/or interesting show. Upbuilding so you feel good after watching every episode. Loving adults who helped others but were not wimps.

Great acting. All the actors terrific.

So of course, there is only one season. If this had vile cursing, nudity, casual sex, gross immorality, gratuitous violence, gray/black scenes, much ugliness, no admirable people, probably there would have been more seasons.

These is really a worthwhile show, the script writers terrific.

Jean M. TurkReviewed in the United States on December 1, 2021
5.0 out of 5 stars
An excellent show
An excellent show -- good acting -- I enjoyed it a lot. I wish there was a season 2 --
2 people found this helpful

Grace OReviewed in the United States on November 18, 2021
1.0 out of 5 stars
Gag! Hallmark does better than this
Cleancut kids of hardened criminal fit right into wealthy suburbs. Money and it shows. Perfect hair. No nasty language. No attitude (!) except being sullen (male teenager).
One person found this helpful

BastetReviewed in the United States on July 27, 2021
5.0 out of 5 stars
Enjoyable police drama you could let your kids watch.
Solid series, good cast, no bad language, nudity or excessive violence. Solid family values. Totally a mix to only last one season. Quite enjoyable.
One person found this helpful

Thomas LinReviewed in the United States on January 18, 2022
1.0 out of 5 stars
Ends on a cliff hanger and there is no season 2.
I see no point in recommending any series that has no conclusion. Doesn't matter whether it is good or bad, the fact that it ends the season on a cliff hanger but has no conclusion is enough to say don't bother. Don't even give it a change just skip it.

Richard GoutalReviewed in the United States on December 17, 2021
4.0 out of 5 stars
Fun quick break
Based on the first 5 episodes, a fun series. A nice mystery in each to be solved, with some at-home drama. The high ethical standards and behavior of the Detective and her husband makes the whole thing a bit like a Christmas romance movie; on the other hand it can be a nice break from some of my fav gritty cop shows like Bosch or Line of Duty.

LabmausReviewed in the United States on November 28, 2021
1.0 out of 5 stars
Don't know what's worse the acting or writing
I really wanted to like this show but it sucks. From the writing to the timing and characters it is flat, poorly delivered, and painful to watch. Don't waste your time.
See all reviews
Back to top
Get to Know Us
Make Money with Us
Amazon Payment Products
Let Us Help You
EnglishChoose a language for shopping. United StatesChoose a country/region for shopping.
© 1996-2022, Amazon.com, Inc. or its affiliates