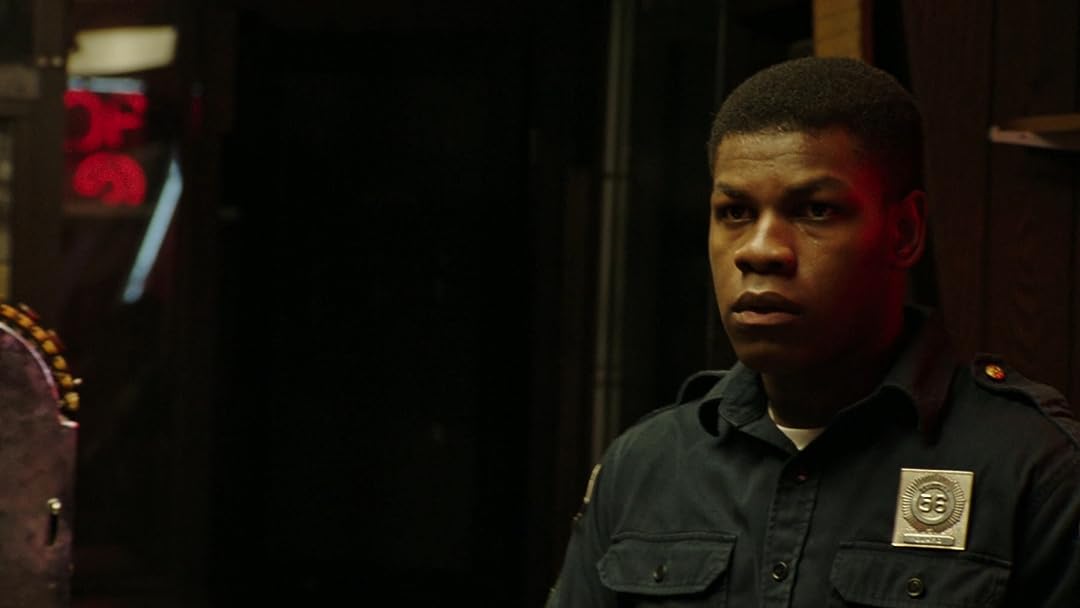 Jimmy Two DogsReviewed in the United States on October 16, 2020
1.0 out of 5 stars
I was there! This ain't what the way it happened!
Verified purchase
Wanna see a movie about the 67 Detroit riots thru the lens of today's distorted thinking? Then this is your bag, baby. Yes what happened at this place was horrific, but let's see how you would respond when you are constantly being shot at from who knows where and you know your fire fighter buddies hafta watch buildings they are committed to protect burn to the ground because they too are getting shot. Oh, and most of what the movie sez happened didn;t happen. Other than that, it was a fine,fine movie.
12 people found this helpful

JLeeReviewed in the United States on December 26, 2017
5.0 out of 5 stars
Brilliant and Terrifying
Verified purchase
I will preface this by saying I grew up in Detroit. At the time of the riots, I was a teen living in a far suburb. The riots were something that happened on TV that really had no meaning for me until I took the bus to Tiger Stadium and saw the burned out buildings and all the destruction still left a year later. What really happened, I did not know and probably will never understand.

My second preface will be to say that as a young adult, I for a few years worked at the Detroit Police Department headquarters as one of the first female 911 operators, and it is impossible to exaggerate the uninhibited and unrelenting racist and sexist attitudes I encountered daily. I had entered a white male world, and everyone who didn’t fit both those adjectives was dirt and they wanted you to know it. When they walked down the hall, you had to get out of their way, quickly. That was many years ago, but only a few years after the riots.

I was naïve enough to bring my lunch into work the first day and put the bag in the refrigerator in the lunchroom. I found the contents unwrapped, scattered, and spit on. It was “their” refrigerator and "their" lunchroom and I was not allowed. Seriously, I cannot make this stuff up -- female employees were forced to eat our daily meal sitting next to the toilets in the women's bathroom (I had 30 minutes for lunch, no time to go out). Yes, they actually put two tables inside the women's bathroom. Only males (white and black, but seated at different tables) were allowed to eat in the lunchroom, away from the sounds and smells of people urinating and defecating. This went on for the three years I was there and who knows how long after. (I could write a book about how female crime victims were treated.)

I remember one particular white male cop who was on desk duty for a few months because he was such a violent racist; he had brutalized so many black people so many times, they figured it was only a matter of time before there was a lawsuit (seriously, I am not making this up – that is what we were told). I saw him every day at work, and he was, without question, mentally unstable, but still on the job, just being given some time to not hurt anyone before he was put back on the streets. I was glad for myself when he was, but fearful for others. He terrified me; he lived to hate.

I also worked with a few white male cops who were kind, generous and caring. Unfortunately, there weren't as many of them. There was one sergeant whose retirement broke my heart; I truly adored him, such a sweet man. There were some who became cops because they sincerely wanted to help people and make the world a better place. I remember them with great admiration.

As for the black cops, same thing: some very good, some rotten to the core.

So, the movie? I thought it was brilliant. Is it accurate? I don’t know, but I found myself riveted to the screen and replaying scenes that went by too quickly for me to catch all the nuances. Can I believe it happened as it did, or close to it? Yes, absolutely. I wasn’t there, but I personally knew some of the people who were around at the time and absolutely, positively capable of the evil deeds done in this movie. If you don't believe it could have happened as shown, you are mistaken.

RichReviewed in the United States on December 14, 2017
5.0 out of 5 stars
Can't we all just get along?
Verified purchase
This was one of the best movies I've seen all year! This true story will definitely effect you in several different ways, especially emotionally. I think Kathryn Bigelow is one of the best women in Hollywood to write and direct the movie's she does. This movie might not be The Hurt Locker, but the acting by everyone in this movie is absolutely amazing! You can just feel the pain and emotions for these men and women. These things alone made me give it 5 stars. I highly recommend this movie to everybody, even if it's just one time. I think this is an important part of history people should know about. I'm really glad things are better today, but we still have a long way to go. Whether you buy or rent this, I can promise you won't be disappointed. I really hope this gets an Oscar nomination.
21 people found this helpful

joel wingReviewed in the United States on February 9, 2021
5.0 out of 5 stars
Police and justice system that offers no justice to African Americans
Verified purchase
Detroit is based upon a true story of police brutality in the Michigan city in 1967. When it came out the movie was largely missed by audiences but it’s something everyone should see.

The movie comes in three acts. The first is the 1967 Detroit Riot which was provoked by a police raid upon an illegal club where everyone was arrested simply for being there. The second is the main body which is when a group of police and national guardsmen held a group of black men and two white women hostages in a hotel because they thought someone shot at them. They beat and abused the men and did even worse. The third act is when the police had to go to court for what they did. The first two are by far the best. You can guess what happened to the cops at their trial.

The movie hits you in the gut. It’s tense and sickening and will make you angry at a justice system that offers no justice to African Americans. There’s a large ensemble cast and all the actors make the story come to life. It’s a must see.
3 people found this helpful

MotownLadyDCReviewed in the United States on February 2, 2021
2.0 out of 5 stars
Disappointing
Verified purchase
I am from Detroit, I knew the story. It's a bitter pill to swallow - to hear and watch the lies, racial bias and wanton brutality perpetrated in this film. Also, I take umbrage w/ the hollywood license with truth. I didn't like it. Read the book, THE ALGIERS MOTEL INCIDENT by John Hersey for a more accurate and inciteful telling of the actual event.
8 people found this helpful

DonReviewed in the United States on February 18, 2022
3.0 out of 5 stars
intense
Verified purchase
I gave up on this during the tedious torture/murder scene but I returned to finish watching and finished the film. As I had lived in Detroit in the 1970's I recall the hopes many had for a revival of the city then. However, this film does not provide the viewer with an overview of the riots but focuses on an incident at a hotel in which a group of Young black Men were brutalized, beaten, and some murdered by what can only be described as psychotic/racist cops after shots are fired from a window. This film is very intense as it attempts to recreate the events of that night and beyond exploring the dynamics of race relations in America. It does come with a disclaimer and while one should take some of what is portrayed with a grain of salt? It might not be historically accurate in all details and yes, It wears it's bias's on it's sleeves, but I wouldn't write off either. Overall, this film is well made production wise but it's not easy on the eyes.
One person found this helpful

YankeeJohnReviewed in the United States on March 13, 2018
3.0 out of 5 stars
Did any person involved in this production actually live in Detroit?
Verified purchase
This movie does not capture the tension and uncertainty felt by persons of all colors during this time in Detroit. The acting is excellent and the story is believable. Unfortunately that's all this movie does: tells the story of one series of events of one group of people during a difficult time in US history, while somehow not capturing the feel of the time. It felt like the person who wrote the story didn't live in Detroit.
10 people found this helpful
See all reviews
Back to top
Get to Know Us
Make Money with Us
Amazon Payment Products
Let Us Help You
EnglishChoose a language for shopping. United StatesChoose a country/region for shopping.
© 1996-2022, Amazon.com, Inc. or its affiliates