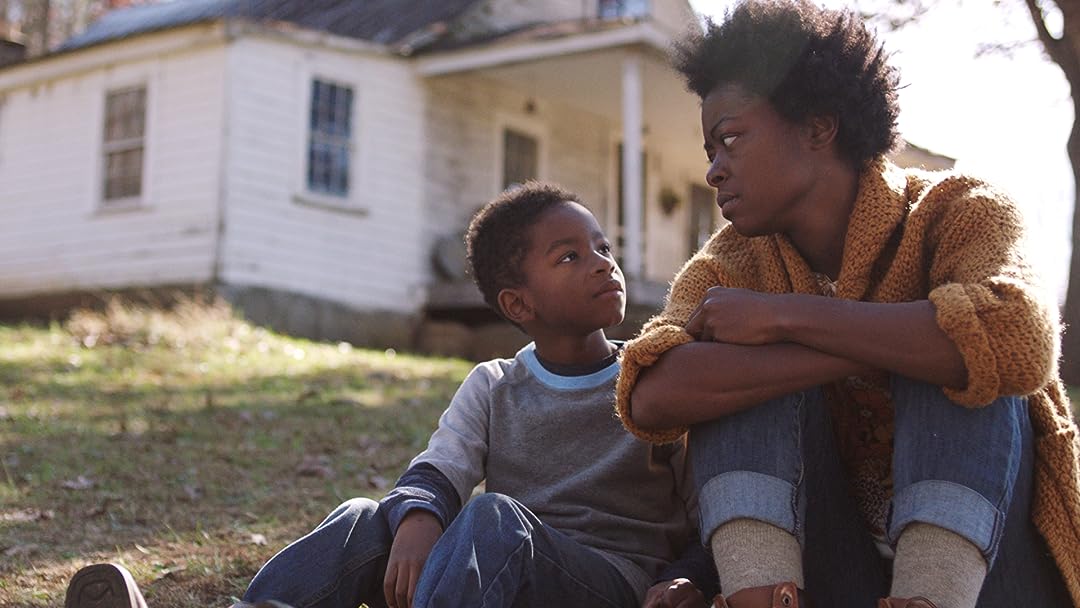 The Devil to Pay

(1,168)
1 h 27 min2020X-Ray16+
When her husband disappears, a struggling farmer finds she is a pawn in a blood-soaked revenge plot that may force her to destroy a decades-old truce.

Logain UT AblarReviewed in the United States on August 11, 2021
5.0 out of 5 stars
Excellent
Verified purchase
The world doesn't owe you anything. Ain't no half stepping...but if you do the work, you reap the reward. At least that's how it's suppose to work if the game isn't rigged against you.

This is from the final scene in The Devil to Pay when Lemon is talking to her young son. Profound lesson and so relevant in reality. But what do you do when the game is totally rigged against you? The Devil to Pay is a great film. Good cast, great acting, well written and tells a simple straight forward story that gets to the point.

So what did Lemon do when the game was rigged against her? Murdered a bunch of lowlifes, stole their money and skipped town after they orchestrated the murder of her husband and was set to murder Lemon and her young son. 5*.

betchawnnaknowReviewed in the United States on August 30, 2021
3.0 out of 5 stars
Trigger Warning for Black People
Verified purchase
These movies are not just movies - they are real stories of real monsters that we see and deal with every day. Hard to call this a 'good' movie when it represents our entire history on this soil. They are the walking dead. No souls.
24 people found this helpful

Lucy BoboReviewed in the United States on April 3, 2021
5.0 out of 5 stars
Rich! If no one recommends that you see this movie, then he or she is…
Verified purchase
Folks, “The Devil to Pay” is filmmaking at its best! I appreciate the cinematography, the writing, the directing—every thing about this film. I especially appreciate the director’s patience and restraint. There are elements in this film that could have been presented in the extreme; and as a result, would have turned this great film into nothing more than just another over-the-top campy dud (this is what happened with “Let Him Go,” a similarly-themed movie that came out last year that was predictable and really quite boring—despite the acting heavyweights featured in it). “The Devil to Pay” is not that movie. The film is set in Appalachia, but it is important to note that there are no caricatures in this film. Also, it was especially refreshing to see females in traditional male roles that did not leave the bad taste of feminist propaganda in one’s mouth. All three female leads in this story are strong, self-possessed, and determined—especially the lead-character played by Danielle Deadwyler. In the three brief scenes that featured her and Catherine Dyer, the dynamics between the two actors just pops off the screen! (Ms. Deadwyler is beautiful and talented; it is my hope that she does not go the way of so many others and devolve into just another Hollywood hack.)

I should point out that there are characters and a couple of circumstances in this film that might challenge one’s suspension of disbelief, but “The Devil to Pay” does what films are supposed to do—transport the viewer in the process of telling the story. (After viewing this film, who cannot envision him or herself living in gorgeous Appalachia?—or, how is it possible to sympathize with a couple of child kidnappers?—and why would I burst into laughter at the point that someone took a direct shotgun blast?) Folks, it has been quite awhile since I have been enchanted by a film! Don’t be an “ignoramus”—buy this movie; it has all the hallmarks of a classic. (Plus, there are some really sage baking tips in it, too.)
18 people found this helpful

Debra H. DouglassReviewed in the United States on December 7, 2020
5.0 out of 5 stars
Wow...great story, even greater acting, and all-around excellent film making!!
Verified purchase
The Devil to Pay caught my eye and the trailer really intrigued me. But often the trailer is misleading. Well, not in this case. I've not written a review for anything in a long time but feel compelled to do so for this film. I don't remember seeing any of these actors in other films but they made their characters jump right out of the screen and pull you in to a world that is foreign to most of us in America, but still exists in the remote mountains of Appalachia. I fell in love with Lemon for her strength and determination to protect her "butter bean." What great story telling!! Do yourself a favor and watch this movie. It will stay with you long after it's over. Bravo!
15 people found this helpful

DujiReviewed in the United States on August 27, 2021
5.0 out of 5 stars
Talk About Sitting At The Edge of Your Seat In Anticipation
Verified purchase
The acting, it's A Class. The story itself, is dynamic and all American. But what makes you sit on the edge of your seat, isn't the anticipation of the next thing to follow, it's what's happing in the moment. You are drawn to the edge of your seat gasping at what you see and hear. It's a double plot twist over and under and then back around again. This is a movie you can watch with your family, 13+ of course. This movie is so amazingly great, you have to watch it twice.
12 people found this helpful

Carole McDonnellReviewed in the United States on September 19, 2021
5.0 out of 5 stars
a seriously good backwoods thriller
Verified purchase
Now i have banjo, appalachian violin, southern ballads, and dobros on my mind. Good flick. Fierce, feral, "ancient blood feud" and all that "people doing what they consider right in their hearts" lawlessness. Not that i understood much of the backstory or even the reason for the feud but it was a tense story all the way through. Quick-thinking heroine who had to do what she had to do. No mention of her being black at all. Great flick. Not a moment's rest, not a dull moment. Highly recommended.
6 people found this helpful

Amazon CustomerReviewed in the United States on October 8, 2020
5.0 out of 5 stars
Great suspense, to the point action, and everything you want from an film.
Verified purchase
A slow burn that is interesting and authentic. The storyline reels you in a consistent rate that keeps you wondering and guessing whats to come. Danielle Deadwyler is a quiet force that puts the work in and over delivers in protecting who she loves. Interesting story with grade A acting.
12 people found this helpful

Todd M.Reviewed in the United States on September 12, 2021
5.0 out of 5 stars
Don’t violate the creed.
Verified purchase
Watching this one is a reminder that issues between families can run very deep for a very long period of time and it takes little to escalate it. I can’t say much more without giving too much away but if you really want to get something going again once you’ve been tread upon, either real or perceived, dragging in a local innocent is always an option to start stirring things up. Certainly a much better film than I expected and it worked on all levels and the remoteness of the setting added a lot to it. Good cast, great acting and sticking solidly to a tight script made for a compelling little story.
5 people found this helpful
See all reviews
Back to top
Get to Know Us
Make Money with Us
Amazon Payment Products
Let Us Help You
EnglishChoose a language for shopping. United StatesChoose a country/region for shopping.
© 1996-2022, Amazon.com, Inc. or its affiliates