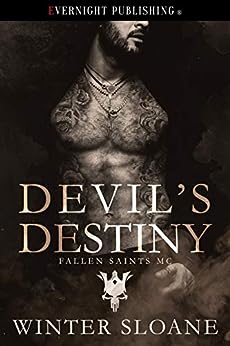 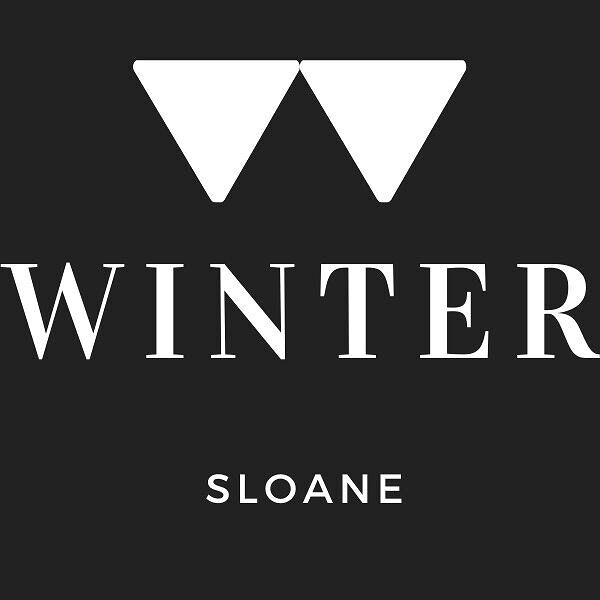 by Winter Sloane (Author) Format: Kindle Edition
Book 1 of 6: Fallen Saints MC
See all formats and editions
Sorry, there was a problem loading this page. Try again.
Destiny: I made a mistake and now I’m paying for it. I borrowed money from the MC to save my mom. Now I have to spend the rest of my life taking off clothes for strangers. Each time I dance, a piece of my soul dies with me. Just when I think I won’t survive this place, he arrives. Devil. Vice-President of the Fallen Saints MC. He struck a dirty bargain and now I belong to him. Hell will freeze over before I surrender my body and heart to a criminal like him.

Devil: The moment she appeared on stage, I became obsessed. Destiny’s trouble. She’s way too young for me but I couldn’t leave an angel like her in that shithole. Destiny thinks I’ll discard her once I no longer have any use for her. She’s wrong. I’ve ridden solo my entire life but I’ve changed my mind. Destiny’s not just my plaything. I intend to make her my old lady.
Read more
Previous page
Next page

Sign up for Winter's newsletter for news and deals: https://bit.ly/3cMtzi4

Winter Sloane writes sizzling romances about possessive bad boys and the women who love them.

4.3 out of 5 stars
4.3 out of 5
404 global ratings
How are ratings calculated?
To calculate the overall star rating and percentage breakdown by star, we don’t use a simple average. Instead, our system considers things like how recent a review is and if the reviewer bought the item on Amazon. It also analyzes reviews to verify trustworthiness.
Top reviews

ClaireBear
3.0 out of 5 stars Fell short
Reviewed in the United States on April 19, 2021
Verified Purchase
Because we knew it wasn't a long story, it was a given the story would go fast. I also expected it to not be real plausible. A quick MC read where they live HEA. But sometimes you just have to think... Seriously??

Boy sees girl pole dancing, boy knows right then this is the woman for him (what?), boy rescues her and takes her to her home, they spend the night, next morning he kills a man for her, they ride off into the sunset at his club. The end. Oh, and the man that was killed, the brother of President of MC he rescued her from. They just toss the dead man in the back of the truck, drive to their territory to bury him, and call it a day. No questions or suspicions from the other MC. They assumed he just randomly left, never to return. This from one of the scariest MCs? Not just a member of the club, the president's brother.

Now the main man, he's VP of his MC club. He is supposed to be tough and hard, his club is harsh and rules the town and police. And yet he acts like some love struck child. He even says this isn't him, being all soft and caring about a woman. He cares so much, he wants her to be his Old Lady, decided that right off the bat. She on the other hand doesn't know what to do. (Maybe because they met like 5 hours ago??) They sleep on it, next morning she is head over heels.

Inconsistencies drove me crazy. *She asked him to spend the night. Shortly after that she is all about how he offered to stay and she couldn't turn that away. *Epilogue, one year later...they decided no more birth control right after marriage. When she ends up pregnant, she's worried he may not want this. (I'm sorry, but what??) What does stopping birth control mean? She also comments it wasn't a surprise he was able to get her pregnant because they have sex like every day. This isn't the next month or even two months after stopping birth control. It. Is. One. Year. Later.

So, if you are ready for fast read, like books about MCs, expect and don't mind mistakes, then here you go.
Read more
3 people found this helpful
Helpful
Report abuse

Pearl
2.0 out of 5 stars Devik!
Reviewed in the United States on February 3, 2021
Verified Purchase
Well, this obviously wasn't a literary homerun. It's just a basic age gap trope with insta-love on the first page. I really don't care for this. The couple is pretty shallow and the dialog a little amateurish. Not my cup of tea.
Read more
2 people found this helpful
Helpful
Report abuse

Kindle Customer
1.0 out of 5 stars Way too short
Reviewed in the United States on December 24, 2020
Verified Purchase
The story was rushed. The characters were unbelievable and not likeable. It lacked substance. If this book was $.99 then maybe but definitely not worth anything more.
Read more
3 people found this helpful
Helpful
Report abuse

Kindle Customer
2.0 out of 5 stars Undeveloped story, over priced
Reviewed in the United States on March 30, 2021
Verified Purchase
I like this author but I wouldn't read or pay for the rest of the series based on this book. There really isn't much story and the characters are not very interesting. Same thoughts and lines repeated. Could have been a good story but not much store as is.
Read more
2 people found this helpful
Helpful
Report abuse

AA
5.0 out of 5 stars Good read
Reviewed in the United States on April 2, 2021
Verified Purchase
First time reading her writing. I enjoyed the book it was a very quick read wish there was more to the story. But I guess will pick it up in the next episode or in the next series
Read more
Helpful
Report abuse

Amy Jones
5.0 out of 5 stars Loved it!!
Reviewed in the United States on January 13, 2021
Verified Purchase
Awesome start to this series. Once I started reading this book I couldn't put it down. Loved the characters and I can't wait to read the next book.
Read more
Helpful
Report abuse

Charlie
5.0 out of 5 stars Great story
Reviewed in the United States on February 18, 2021
Verified Purchase
This is the first book I read from this author and I really liked it. I can't wait to read the other books in the series.
Read more
Helpful
Report abuse

Kindle Customer
4.0 out of 5 stars Great
Reviewed in the United States on October 16, 2021
Verified Purchase
Loved it hot sweet sexy . he saw her and new she was the one she trusted him with everything she fell in love with him
Read more
Helpful
Report abuse
See all reviews

Jennifer
2.0 out of 5 stars Poor editing and poor character development
Reviewed in the United Kingdom on March 17, 2021
Verified Purchase
Very poor editing. Love at first sight with such a huge age gap just isn’t believable. There is not much content to the story. A very quick read because you get from them meeting each other and insta-love in the first two chapters to a climax and resolution within days of meeting. It’s just so unbelievable along with they poor editing, I struggled to finish the book. I won’t be reading any more books by this author. I really wanted to like it but the characters have no meat to them. You’re told who the H and h are with only a few paragraphs. Please try and build the characters throughout the chapters with experiences and thoughts and insights into their personalities.
Read more
Report abuse

Jess L
5.0 out of 5 stars Hot biker saved the day.
Reviewed in the United Kingdom on September 5, 2021
Verified Purchase
Loved this quick read.Great characters and A fab storyline.A !little rushed at the end but overall a very enjoyable book.Can't wait to read the next story.
Read more
Report abuse

My Books
4.0 out of 5 stars Fast insta love
Reviewed in Australia on February 19, 2021
Verified Purchase
Devil's Destiny, is fast insta love MC story. In theory it ticked all the boxes for me, action, drama, interesting characters, hot attraction & sex....but it was a bit too short for my liking
Read more
Report abuse
See all reviews