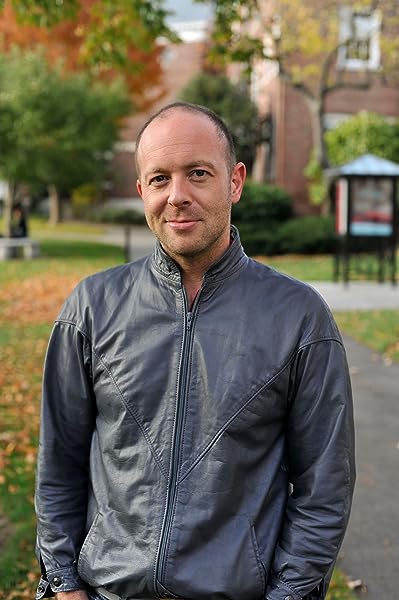 by Herbert L. Brown (Author)
4.1 out of 5 stars 6 ratings
See all formats and editions
Sorry, there was a problem loading this page. Try again.

The Devil's Handiwork is an amazing 275-page compilation of chapters on war crimes committed by the "good guys" against the "bad guys." Many of the events covered in this book are to this day censored or twisted in mainstream history books. Chapter cover: Death camps in the Civil War; concentration camps in the The Boer War; The Dresden Massacre-the worst war crime in history; the Ukrainian terror famine; FDR & His Man Friday; the gruesome harvest in Eastern Europe; the myth of the 6 million; Operation Keelhaul; the Nuremberg Trials; the Katyn Forest Massacre; the Stuttgart Atrocity; bastardizing the Germans after WWII; the use of the atom bomb; Cuba betrayed; the Invasion of Lebanon; the policy of de-Nazification; the Malmedy Trial; the Dachau Trial; the Vinnytsia genocide; crimes during the occupation of Germany; FDR's Great Sedition Trial; Trujillo's Assassination; the Morgenthau Plan; the propaganda of the Writers War Board; myths of civilian bombings; the Lend-Lease fiasco; truth about Auschwitz; Pearl Harbor; the Soviet genocide across Europe; much more.

4.1 out of 5 stars
4.1 out of 5
6 global ratings
How are ratings calculated?
To calculate the overall star rating and percentage breakdown by star, we don’t use a simple average. Instead, our system considers things like how recent a review is and if the reviewer bought the item on Amazon. It also analyzes reviews to verify trustworthiness.
Top reviews

William J. Thistlethwaite
2.0 out of 5 stars revisionism for dummies
Reviewed in the United States on April 5, 2020
Verified Purchase
Instead of investigative journalism, this book covers the contested issues of WW2 like Reader's Digest w/o endnotes. Sacrificing depth for breadth, each chapter presents the controversial characters, issues and incidents that have shaped modern political consensus since the Fifties in tendentious summaries. They demolish the established historical view and promote the revisionist one in easy to understand, non-academic prose. Fine as far as it goes, but promoting is not the same as proving. There are no footnotes and little to no documentation for many of the revisionist claims made. The most egregious example I saw was the chapter called the Stuttgart Atrocity wherein Senegalese colonial troops fighting for France supposedly raped thousands of German women for 3 days in the city's subway. The closest approximation to evidence for this is an unattributed, undated photo of some Senegalese troops standing at ease, but looking mean somewhere unspecified. I'm embarrassed for Barnes Review. This intellectually cavalier approach does a disservice to revisionism.
Read more
Helpful
Report abuse

Ray M
5.0 out of 5 stars Perfect schoolbook
Reviewed in the United States on November 17, 2021
Verified Purchase
Should be mandatory reading for high schools around the world.
Read more
Helpful
Report abuse

Venator5
4.0 out of 5 stars The other side
Reviewed in the United States on May 8, 2017
Verified Purchase
Finally a book from tho other side! If you interested in allied war crimes this is your book for sure!
Read more
2 people found this helpful
Helpful
Report abuse

Desert Rose
5.0 out of 5 stars Learn the truth, finally
Reviewed in the United States on September 14, 2017
Verified Purchase
This book is so very good. I hope it becomes very widely read.
Read more
2 people found this helpful
Helpful
Report abuse

ZZ TOP
5.0 out of 5 stars Did anyone "win" WWII"?
Reviewed in the United States on February 5, 2017
Examine the real cost of war. After reading this you may never watch "The History Chanel again. the Katyn Forest Massacre; the Stuttgart Atrocity; WWII destroyed Europe. Make no mistake No one "won" WWII. Read this.
Read more
2 people found this helpful
Helpful
Report abuse
See all reviews
Back to top
Get to Know Us
Make Money with Us
Amazon Payment Products
Let Us Help You
EnglishChoose a language for shopping. United StatesChoose a country/region for shopping.
© 1996-2021, Amazon.com, Inc. or its affiliates