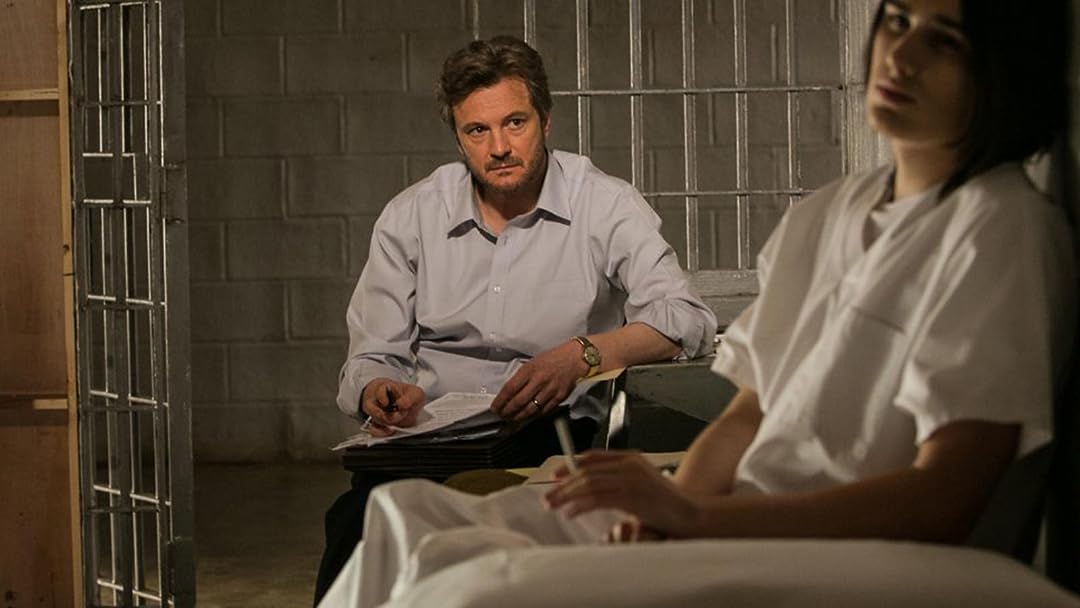 (2,585)
6.11 h 54 min201413+
Three young boys playing in the nearby woods never come home for dinner. In the rush to find and convict the killers, police focus on a trio of teenagers suspected of devil worship. Starring Reese Witherspoon and Colin Firth, Devil's Knot is based on the true story of the West Memphis 3.

DaveReviewed in the United States on June 22, 2014
4.0 out of 5 stars
Guilt Should Be Beyond a Reasonable Doubt, The Standard Was Much Lower In This Case
Verified purchase
We moved from the Philadelphia area to Tennessee in the very late 1970's. This case was covered by the news in Tennessee even though it took place across the border in Arkansas. I remember quite clearly that I thought that the case was pushed to a conviction at that time by the news and that it was somewhat likely a miscarriage of justice had occurred. But, being relatively conservative and having a new family, I had a life to live and it was a story that just bothered me but not to the extent I felt compelled to do something about it. Besides it was in another state and I did not have access to all of the details. Years later, I watched a documentary on the case that reminded me of the concern I had that these boys were railroaded. This film came very close to the facts presented in the documentary, but in all fairness was less supportive of a specific answer. Because truth only spilled out occasionally after the sentencing of the boys, it was not sufficient to keep up public interest. I do not know who was guilty in this terrible crime, but I am sure that the standard of reasonable doubt was never met because of social and political pressure necessary to find guilt, whether or not it was present. Since there was no organized group willing to spend money, time and effort in their defense, they got a bad trial even though the accused and the victims were all young boys. Our system of justice is still one of the best on earth, but sometimes it fails because of human management that will forever be subject to the prejudice of human nature. While the convicted boys lost a significant portion of the most enjoyable and productive parts of their lives, they did not lose the chance to eventually and partially overcome what their society had done to them. I believe the demand for swift punishment and the pressures it put on the court, prosecutors and police was the driver in this instance when it should have been the protection of society that should have been the deciding factor in sentencing. Punishment and revenge cannot be our overriding goals. We need to focus upon what measures are necessary to give reasonable protection to society that we will be protected from those most likely to commit crimes again. This is a difficult goal and full of uncertainty in practice. But, if we do not believe that such a goal is substantially preferable and possible a vast majority of the time, why not just adopt Sharia law as a simple primitive alternative?
16 people found this helpful

HappyLifeReviewed in the United States on October 10, 2020
4.0 out of 5 stars
Sad but a good mystery
Verified purchase
Sad true story about a case that should still be open. Interesting movie and good acting. I googled it after the movie and it looks like they never found the real killer.
Probably the wrong time and wrong place for the kids. I think they saw something that they shouldnt have seen. Don't think that this was planned.
Watch it.

KMMReviewed in the United States on July 18, 2014
4.0 out of 5 stars
Well Done, Good Cast, but Documentaries on West Memphis Three are Much Better
Verified purchase
This is a very fine movie. Well-made, but it has the problem of being so far after-the-fact of some excellent and compelling documentaries on the same subject. Egoyan does sensitive work, and this is no exception, but I think its greatest appeal is to an audience who knows nothing about this case. It was so well-publicized that those kinds of viewers are hard to come by.
It does not resolve anything It just leaves some of the strange and awful things that happened in this little community and to these people, up in the air.
Colin Firth is quite fine in it, but his character seemed unnecessary. He was meant, I am sure, to be the reasonable doubter who tries to sort out the facts. In so doing, he is the representative of the viewer. He ends up not getting much to do, though his character is based on a real person. (And his Southern accent is perfectly fine.)
Everyone else is quite good. I have no complaints. Reese Witherspoon is always good and there are some nice, small roles from others that are quite compelling.
I would recommend watching it.

S. VecchioReviewed in the United States on August 20, 2014
5.0 out of 5 stars
she had better get nominated for this
Verified purchase
Reese Witherspoon was an absolute "tour de force"!

I didn't recognize her photo at all, and when I saw her name on the bill, I couldn't believe it was her.

Even during the film, she was so into that character, she looked like a completely different person. I finally noticed, she must have gained 30 pounds for this role, and maybe had some special help in make-up, getting her mouth to turn down, etc.

If she won the Oscar for "Walk the LIne", she had better get nominated for this! I think it is by far, the best performance of her career!

She IS from the south, and only has a hint of an accent. I've heard her go back to her roots in previous films, but even her accent in this film is done with such finesse. There are no lazy, hard "R's", or too much twang. It is pronounced but subtle, if that is possible.

Yasmin EvansReviewed in the United States on June 28, 2021
3.0 out of 5 stars
Interesting.
Verified purchase
It wasn’t a bad film, it just felt long and boring at points. I understand that it was based on the actual case and honestly I do think it did the true story justice. The acting just felt a little off at times. I think having scenes based on some of the original news clips wasn’t a great idea, they sort of fell flat.

CRAReviewed in the United States on July 22, 2014
5.0 out of 5 stars
Felt it in my gut.
Verified purchase
Excellent telling of the story that almost captures the full grit, mystery and misery of the book. I highly recommend reading the book first and using the film to help visualize the layers of ignorance, hysteria and prejudice that led to this horrific crime. Atom does a good job of portraying the fact that in this sleepy (but not atypical) little Arkansas town, the societal need for closure outweighed the desire for justice.

There is still so much more to this unsolved mystery that has yet to be put together. Reading the book and watching the film make you a participant in the search for the real killer(s). If you feel unsettled after this move, you got the point. The only thing left to decide is which is more unsettling, the fact that the murderer(s) are still out there, or that the Arkansas justice system (and by extension the community) satisfied itself by jailing three innocent boys for so long.
11 people found this helpful

MagentaReviewed in the United States on July 4, 2020
5.0 out of 5 stars
Accurate Portrayal Of the West Memphis Three And The Crime
Verified purchase
Really good movie about the true crime involving three young boys, their supposed killers and total injustice by the legal system to close a case during an election year. The actors portraying the real people were so close to their real counterparts. Chilling!
One person found this helpful

AndiReviewed in the United States on July 11, 2015
5.0 out of 5 stars
Parents worst nightmare...but a real life story that needs to be told .
Verified purchase
I knew this movie was going to be hard to watch, but I had no idea how horrifying these real life events that took place in 1993 really were...I have an 8yr old son and I couldn't even imagine the kind of pain these mothers must of felt . The way everything was handled with the police and the evidence in this case is just insane and scary . So many unanswered questions in this case , but as far as the movie goes I feel the actors did a really good job . Not only did they stay close to the real life story and events , but I feel it was done respectfully too. They even go into more detail in the special features about how the actors actually met with the real life people from this heartbreaking crime .
2 people found this helpful
See all reviews
Back to top
Get to Know Us
Make Money with Us
Amazon Payment Products
Let Us Help You
EnglishChoose a language for shopping. United StatesChoose a country/region for shopping.
© 1996-2022, Amazon.com, Inc. or its affiliates