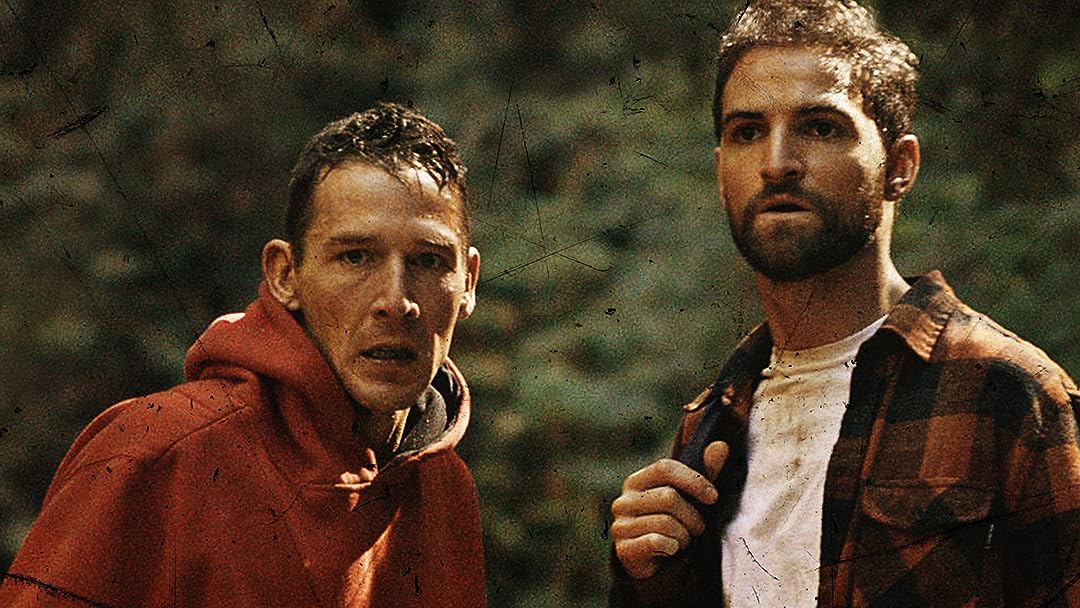 (57)
4.61 h 28 min2019NR
Two men encounter each other on a dangerous gay cruising park trail, and quickly find themselves caught up in a deadly game of cat and mouse.

GWHReviewed in the United States on December 13, 2019
4.0 out of 5 stars
DEVIL'S PATH: OVERALL A GOOD FILM
Verified purchase
This film is kind of a study on public cruising and the dangers of it .... somewhat. Albeit, the story of the movie could be with any group of people ~ not necessarily the LGBTQ community ~ but with anyone who uses trails for whatever they use them for. A reviewer mentioned that it is sad that gay men seek those avenues for sexual fulfillment. Well, first, cruising and out door cruising ~ bathroom cruising (check out the film CAUGT on here ~ it's all about that, its consequences - the type of men doing it, etc. It's an amazing film) is as old as time itself. Second, it's not just gay men doing it, straight people cruise in public places, have out door sex just like gay people ... they're just not persecuted or targeted for it (not in the same sense as gays). Generally though, law enforcement has cracked down a lot on cruising and sex on trails and in parks and public places like that - albeit that kind of thing still goes on - it's not as prevalent as it was - say 25 years ago or before.
I don't want to be a spoiler, but someone said that the story line is a little preposterous. Well, not really. People go missing all the time ~ especially children - and with the explosion of online predators and sex trafficking, I don't think the story line is that preposterous - maybe a little over the top - but not preposterous. In fact, where I live right now, there have been reports on the news of young men - millennials - gone missing. Sometimes the bodies are found, sometimes not. Law enforcement thinks it's a serial killer targeting young gay men. Across the country. Not just here.
I do have my opinion on the ending, and I do question it. I'll probably have to watch it again to see if I'm interpreting the ending correctly.

a.m. hernandezReviewed in the United States on December 31, 2019
1.0 out of 5 stars
Not thrilling, not scary, not suspenseful, not sexy
Verified purchase
This bottle movie (shot in one location with a limited cast) has great cinematography and editing, but its weakness is its plot and writing, which does a disservice to the actors, who, for the most part, bring something unique to the characters, but are tripped up by clumsy dialogue and a bizarre story. It's never quite certain if the story takes place in the 80s. There's a walkman, pierced ears on men, no cell phones, but the characters' haircuts are too modern, as is the cinematography and editing, making the story feel out of place. More bizarre is that a film about stalking and murder in the woods is set in bright greenery and daylight with chirping birds -- the environment isn't menacing. Though the film tries really hard to be psychologically thrilling, scary, it doesn't achieve either. Meanwhile the leads talk too much, making it feel like a play that tries to explain everything, but only manages to muddle things. The film does remind me of a much better executed story with a similar plot, Stranger by the Lake. See this one and Devil's Path and then do a comparison. What made the former truly provocative (and not just because of its erotica) and why is it so hard to make more good gay-themed films like this one?
3 people found this helpful

DavidReviewed in the United States on January 20, 2020
3.0 out of 5 stars
Some Really Good Writing
Verified purchase
I'm giving it 3 stars for the writing alone. The writers have real potential and honestly I don't think it's a stretch to say this could have been a blockbuster hit if in the right hands. The script just needed someone to take it to the next level, as well as everything else. Not that everything needs to be a blockbuster hit to be valid, just saying.

Unlike others, I don't think the actors were bad. The music was bad, either. Some of the cinematography shots were really well done, like in the very beginning for example. If I had to complain about one thing in the production, it's not shooting in the traditional cinematic 24 fps. Even good documentaries are shot this way. It doesn't make sense to me to make a movie that looks like it was made for broadcast television (30-60 fps). I would understand if it was a very low budget production and someone needed to use a cell phone, but these days even the iPhone has an app that allows it to shoot in 24 fps. It's not difficult to do it and it raises production value up 10 fold. Who knows how good this would have been in cinema quality?

The other complaint worth mentioning is I would have left out the very brief "prison rape" scene, which doesn't happen a lot in public, anyway. That was Brokeback Mountain's big mistake.

That being said, it wasn't the worst movie I've seen on Prime. If you enjoy good writing you might be able to salvage something from this. I got chunks and bits out of it that were really enjoyable. You might too.

Boise ReviewsReviewed in the United States on January 3, 2020
2.0 out of 5 stars
Predictable story and ending
Verified purchase
It is clear early on the identity of the killer. Knowing this, it make the movie less interesting for me. There was nothing surprising about the plot or the ending. Anytime you go into the woods for sexual encounters there is a certain level of danger if nothing else than the uncertainty of the people you will meet there. The movie took a long time to tell the story and there are significant plot holes that I suppose we are to fill in ourselves. If you have nothing better to do and you want to see what gay men do in the woods, then watch it. However, I would recommend skipping it.
One person found this helpful

Joseph Sigler LewisReviewed in the United States on December 4, 2019
4.0 out of 5 stars
Watch as "entertainment" and don't think of it as a true story
Verified purchase
My original review was going to say "preposterous" but I held off writing until the next day and decided to suspend disbelief and consider the entire picture simply as entertainment and that, it was. The acting was well done ("Noah" was great as a very nervous Norman Bates/Barney Fife - but not funny - kind of person), the scenery nice and the storyline will make anyone who tips to the trails for some quick action a second thought. All in all, it was enjoyable.
One person found this helpful

RFDReviewed in the United States on June 24, 2020
4.0 out of 5 stars
Pretty good overall
Verified purchase
I liked this movie. It is not often I have seen a movie about this topic or a gay thriller. The acting was good and the locations very good. The story was okay but a bit confusing at times. I did guess who the killer was pretty early on as well. A couple of parts made no sense to me. For instance in a huge woods with tow pairs of people running around it is highly unlikely that you would meet the same pair again hours later. Also, that two people not in great shape would want to run around a woods all day to find two others is not believable to me. But putting those things aside I still enjoyed it and suspended my disbelief.

TKinNYCReviewed in the United States on January 8, 2020
1.0 out of 5 stars
Bleak Story, Weak Acting, Misguided Premise
Verified purchase
As a gay man approaching 60 years of age, and thus having been through a wide array of "cruisy" situations, I find this film sadly naive on so many levels. Of course cruising is dangerous, that's part of its draw. But my biggest problem with this film are the actors themselves. Especially the "Patrick" character. He is annoyingly and prematurely jaded. Sad that some real gay men I've met fall into his category. But I make it a point not to hang out with guys like "Patrick." I also had to extricate myself from this boring mess of a film long before its conclusion. Onto bigger and better places. Yes!

RBOReviewed in the United States on December 10, 2019
2.0 out of 5 stars
Sadly, this did not change my mind about psychological thrillers
Verified purchase
For a movie to be a story about outdoor sexual encounters going wrong, there was surprisingly very little erotica (none actually). The story is silly and convoluted, but the acting and cinematography are both top-notch. I found very little to connect me to either of leads, and honestly just wanted this movie to end a lot sooner than it actually did.
See all reviews
Back to top
Get to Know Us
Make Money with Us
Amazon Payment Products
Let Us Help You
EnglishChoose a language for shopping. United StatesChoose a country/region for shopping.
© 1996-2022, Amazon.com, Inc. or its affiliates