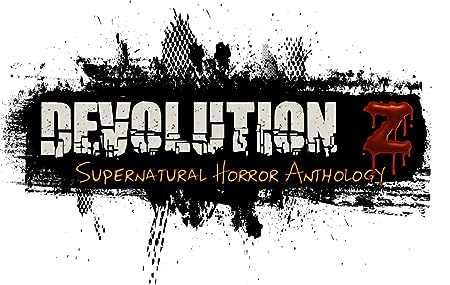 Devolution Z is a supernatural horror literary magazine. Each issue features 13 original short stories, articles and poems by talented authors of supernatural horror genre. Original fiction of zombies, werewolves, vampires, demons, ghosts, ghouls, paranormal events and much more awaits you! Some say monsters do not exist, we beg to differ.

Our magazine is being reformatted into a super-sized anthology. The first release of the new format will be on October 1, 2017. 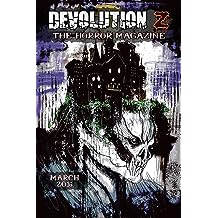 The March 2016 issue of Devolution Z features a chilling array of haunting and ghost stories and poetry. Also included is the final installment of the Z Journal of Ivy Gage serial. Watch for the novel under the same name by Alarick Vaughan, coming soon, to discover Ivy's ultimate fate. You will also find poetry and stories detailing gruesome experiments, terrifying creatures, and unexplained mysteries.

POETRY
“So How Do Shadows Find Their Final Forms?” by Todd French
“Book of Shadows” by Colleen Anderson
“Snow Stars” by Cyn Bermudez
“Jeffrey's Conversations with the Egyptian Mystic” by Lee Clark Zumpe
“Rainforest Clearing: A Summoning” by James Finan
“The Kiss Denied” by Kane Gordon 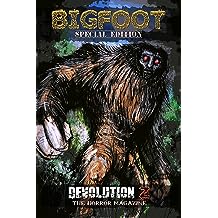 Bigfoot, Sasquatch, Yeti... are just a few of the names used to describe a giant-sized cryptid covered in hair and living in the wilderness. Hidden from humanity, these elusive creatures frequently elicit terror in those who experience an encounter. In this special edition, we hope to give you a taste of that terror.

Featured Bigfoot artwork includes our cover art by the highly-talented Luke Spooner who has created many pieces for Devolution Z Magazine.
Our back cover is by Vicki Buchan, a stunning oil on canvas piece.
Bigfoot cartoons by Bob Eckstein, the award-winning illustrator and twice-nominated Gag Cartoonist of the Year. His cartoons appear in The New York Times, The New Yorker, Playboy, and MAD magazine.
Finally, Bigfoot artwork by long-time enthusiast Cordelia Vandenburg. 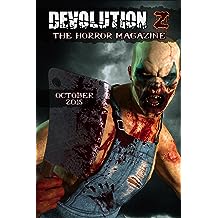 POETRY
"I Feel" by K. I. Borrowman
"Robert Browning and the Spider Poet" by Marge Simon

SHORT STORIES
"Bug-Eyed Outbreak" by Kip McKnight
"You Get What You Bleed" by Matt Handle
"The Forbidden Rite: A Duel" by Bryan Best
"The House of Wolves" by Craig Steven
"The Transmogrification of Christopher Edwards" by Chad Lutzke & Ian Bush
"The Party" by David Smith
"You Give a Piece of Yourself" by Melanie Dixon
"Don't Run" by C. C. Adams
"The Good Mother" by Sheri White
"Opportunists" by Betty Rocksteady 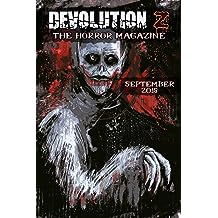 POETRY
“Homeless Homecoming” by Robert E. Petras
“The Comfort of Screams" by G. O. Clark
“The Abattoir” by Samuel Rabelais 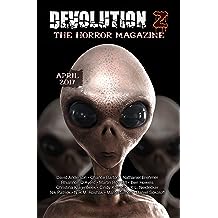 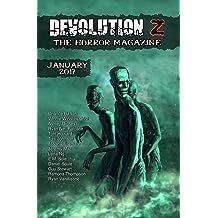 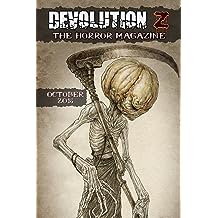 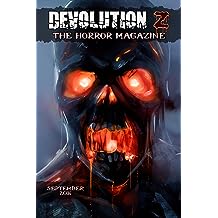 POETRY
“Mile Marker 237” by Marsheila Rockwell
“The Midnight Hunt of Slenderman” by Grant Butler
“Last Train Out” by Kurt Newton
SHORT STORIES
“To Kill a Quisquilia” by Daniel Soule
“The Eulogy” by Francis J. Burns
“The Secret Name All Living Things Know” by Bruce L. Priddy
“The Cure” by Marisa Manuel
“They Are out There” by Dave Dormer
“Meet the New Boss” by D.M. Hicks
“Good Night, Sleep Tight” by Frank A. Schury
“Flower Girl” by Brad Scott
“Personal Effects” by Christa Carmen
“The Other Self” by TS Alan
Read more
Other Formats: Paperback 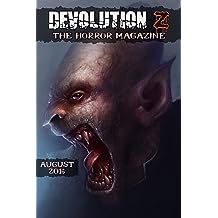 POETRY
“Blood Rain Falls” by Wesley D. Gray
“The Dead of Night” by David Southam
“The Voices in My Head” by Travis Laurence Naught
ARTICLES
“Murder Creek, Alabama” by Jay Michael Wright II
“Pyre’s True Tales of the Paranormal: Must Have Been the Wind” by Jim Pyre
SHORT STORIES
“What Is a Paddywack?” by Paul Lubaczewski
“A World for Bastards” by Mark Cowling
“Out of Gas” by Elizabeth Siedt
“Occupational Denizen” by Chance Barton
“The Facts of Life” by Max DeVoe Talley
“Genotype” by Jeffrey Taylor
“Snapshot of an Apocalypse” by Dana Katherine Himrich
“The Crossroads Demon” by Tracy A. Cross
COVER ART
Krowe
Read more
Other Formats: Paperback 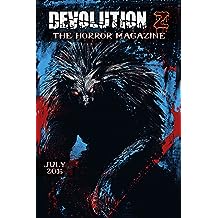 Werewolves will be leading the charge in this month’s issue, followed by a cacophony of moans from spirits, demons, ghosts and the undead. Read on, if you dare!

We now also accept articles based on local and urban legends, myths, terrifying encounters, and all things supernatural and frightening.

POETRY
“A Guide to Recognize Your Ghouls” by Sudeep Adhikari 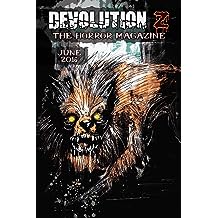 Demons, werewolves, vampires and creatures from your deepest nightmares all await you in this issue of Devolution Z.

POETRY
“Deadman" by Paul Andrews
"Winter’s Rose” by Terry Miller
"A Bite in the Glacial Winter” by Sandro D. Fossemo
“Snap” by K. I. Borrowman
"The Defiler” by Josh Brown
"Keeping Werewolves of London” by Ian Hunter

SHORT STORIES
"Tailypo, Tailypo” by Tim Waggoner
"The House of Burn” by S.L. Dixon
"The Marsh Witch” by Quentin Norris
“Multipresence” by Brian H. Seitzman
"The Beast in the Bowels” by Josh Craven
"That Damn Pumpkin” by Leslie Anne Wibberley
"Fairies Versus Zombies” by Wendy Fisher

ILLUSTRATION
"A Bite in the Glacial Winter" by Roberto Cantoro 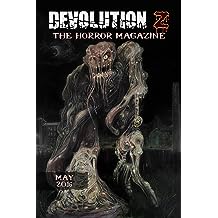 Supernatural horror, featuring vampires and werewolves, ghosts and ghouls, demons and even a Bigfoot. Stories and poems that will give any reader a fright. Let’s get scared together!

SHORT STORIES
“Okay, I’ll Swim to You” by Todd French
“On Hyacinth Mountain” by Philip Ivory
“The Genuine Article” by Anthony Marchese
“The Power and The Glory” by Kevin Thomas Conroy
“Tear You Wide Open” by C. C. Adams
“The J-Dub” by Sheri Sebastian-Gabriel
“Please, Don’t Call Me Father” by Sandor Kovacs