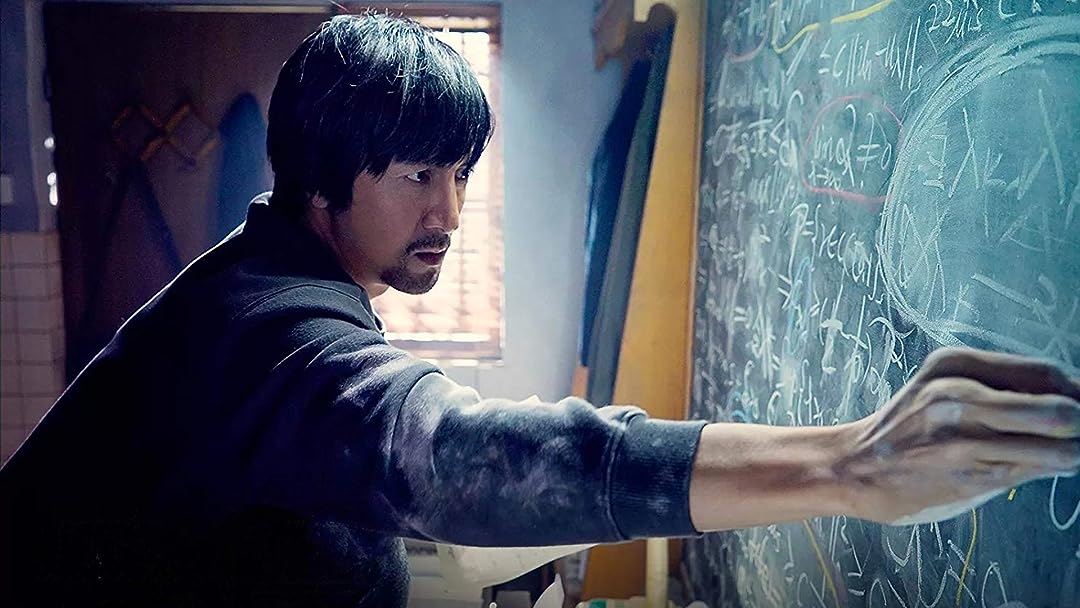 The Devotion of Suspect X

Neil SarverReviewed in the United States on January 1, 2019
5.0 out of 5 stars
A terrific adapation
Verified purchase
"The Devotion of Suspect X" by Keigo Higashino is one of my favorite books. This is a different take on the story than the Japanese movie, "Suspect X", which is a continuation of the series "Galileo".

In this case, it seems like it has a closer feel to what I had coming to the book originally, not being a continuation of an existing serialized version of the characters - although the book was that, at least potentially, to Japanese readers - but an introduction. As such, for those coming in fresh to the story, I suspect this would be a better entry to the story. It is also extraordinarily beautiful as cinema in a way that I don't have a recollection of "Suspect X" being, which would reinforce it being a better movie to see.

I'm not sure there's an answer, at least for now, as to which I ultimately feel more satisfied with myself. I missed Masaharu Fukuyama's Manabu Yukawa, and find him more like the novel character, or what I most connected with about the novel character myself, than Wang Kai's Tang Chuan. although I take both as a little polished up in the adaptation process.

Obviously I need to see "Perfect Number", the Korean adaptation, before I can even really relax into imagining which I really think does the best job, don't I?

ukemanReviewed in the United States on August 4, 2019
2.0 out of 5 stars
Devotion to shallow values
Verified purchase
I'm not from China so I don't know how this film was received there but as a westerner I found the sense of justice in the story to be very Academic at best. As one reviewer says; justice is served on an outcast, for being punished for having concern for a victim who becomes the criminal for defending herself. In this case the outcast did hurt someone else while trying to help; but I think that was never proven. In the end was justice served? I won't give it away.
I find Asian culture can be charming in their naïveté in many cases, which certainly doesn't preclude them as a whole from ever committing heinous acts, but in this case the story is a caricature of a very shallow social norm.
As a side note, I've seen this in many contemporary Asian stories recently where they give iconic status to someone, especially males, who are good looking and smart, and successful. They oooh and ahhh publicly over superficial status. I have often wondered if it were just a fictional effect or if thats how they really act...?

Amazon CustomerReviewed in the United States on January 14, 2019
2.0 out of 5 stars
The value of movie is up to your sense of justice and acceptance of grace
Verified purchase
The movie has a good plot with interesting character development. It does not follow by any means a boring structure. However, I do feel that the ending ruined a bit of it all. The sense of "justice" and the establishment of the "bad guys" feels very off. Furthermore, the casting of the actors in accordance with the personality types of the characters is cliche and unfair in my American view point. It is the classic case where the more handsome man is in better standing and comes out victorious at the end. Meanwhile the well meaning social outcast gets his long coming results. If you enjoy underdog characters, this may not be your best option.
One person found this helpful

WCCReviewed in the United States on January 27, 2019
2.0 out of 5 stars
Bad dubbing, but nice story
Verified purchase
I have watched the Japanese version and is huge fan of it. However, my problem with this adaptation is not about how well it follows the original. I do NOT like how several Chinese shows/movies, which have all native-Chinese speaking actors/actresses, but chose to dub all the dialogues. If you hate dubbing, I don't recommend this. I already rented it, so I'll have to finish watching it.

Raven House MysteryReviewed in the United States on May 6, 2019
3.0 out of 5 stars
A true cerebral thriller
Verified purchase
This mystery thriller from China (based on a Japanese novel) is very cerebral in its plot. Though we learn the identity of the culprit early on, that does not stop the many twists as the battle between intellects continues all the way to the end.
One person found this helpful

AYReviewed in the United States on February 3, 2021
1.0 out of 5 stars
Subtitles disappear too quickly to follow
Verified purchase
I kept trying to watch this movie, but the subtitles disappear too quickly to follow the story. So I gave up watching it.
1 star is not about the movie itself but the speed of subtitle. Wish you could keep them a few seconds longer
One person found this helpful

Sherman PunReviewed in the United States on April 13, 2019
5.0 out of 5 stars
suspense drama, entertaining
Verified purchase
well thought out with good character portrayal

SwampThingReviewed in the United States on June 10, 2019
5.0 out of 5 stars
Great drama
Verified purchase
Excellent suspenseful story, great acting.Not at all boring.
See all reviews
Back to top
Get to Know Us
Make Money with Us
Amazon Payment Products
Let Us Help You
EnglishChoose a language for shopping. United StatesChoose a country/region for shopping.
© 1996-2022, Amazon.com, Inc. or its affiliates