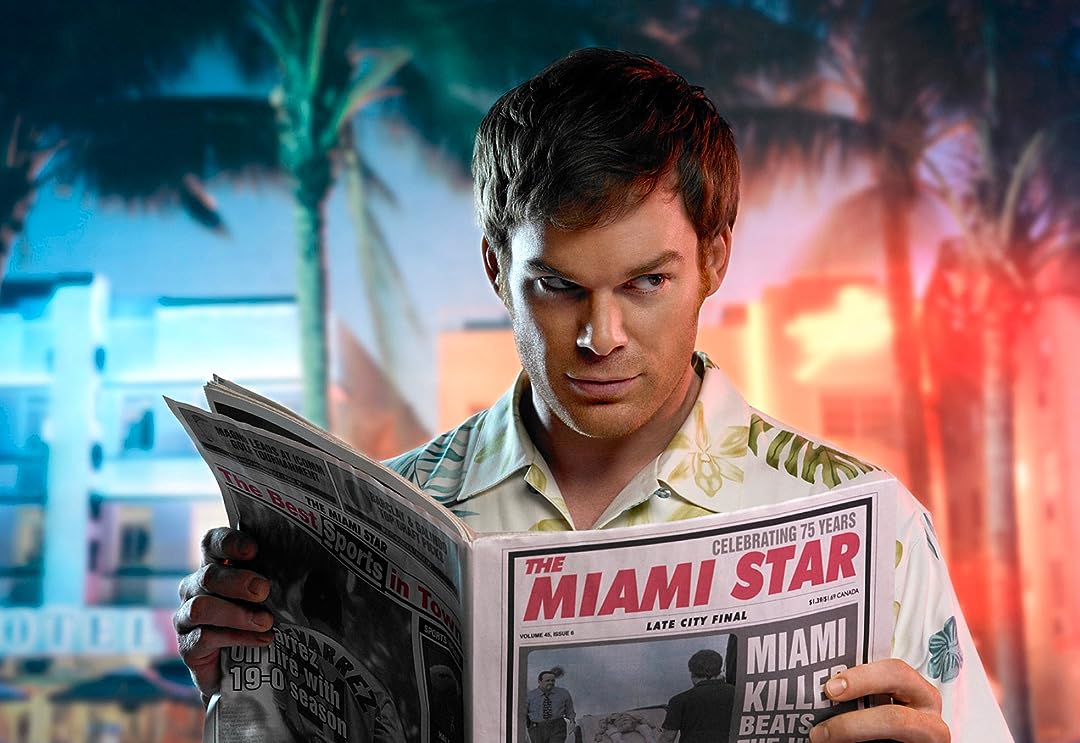 (3,057)
8.62013X-RayTV-MA
DEXTER stars Michael C. Hall in his Golden Globe and SAG Award-winning role as Dexter Morgan. Season Eight begins six months after LaGuerta's murder - and Dexter is still managing life as a dad, brother, and serial killer. As Deb struggles to deal with the consequences of her actions, a mysterious woman comes to work with Miami Metro, offering first-hand information on Dexter's past.

Lady Tragedi MerlotReviewed in the United States on September 4, 2018
1.0 out of 5 stars
Worst..ending..EVER!!
Verified purchase
Ok so now I've finished the entire show & while I didn't like season 7, this season (8) is absolutely terrible! My mom & I were so angry we were yelling at the tv! We will rewatch the show, but there are definitely seasons I will leave out & this is one. The writing was completly unbelievable, someone seriously didn't think it out. The ending itself seemed to be a mash up of 3 different ending ideas, which were all terrible! I won't leave any spoilers in case someone reading this hasn't finished the series, but be prepared for extreme disappointment. On a side note though after watching this series I have to say, that I think Jennifer Carpenter is an amazing actress! There are many talented actors in this show, but she is amazing! Deb is hands down my fav character.
40 people found this helpful

BriReviewed in the United States on December 28, 2018
4.0 out of 5 stars
Dexter Final season
Verified purchase
Only reason I am giving this a 4 and not a 5 is purely out of moral obligation to say that the very last episode of this franchise got me so flipping mad, there was no way I could 5 star it. Discs were fine, case was fine. Nothing wrong with the physical product. This is strictly a jab at the writers of Dexter. Did they want Dexter fans to walk away from this series more pissed off then the Sopranos fans? Suggestion: Do not watch the very last episode of the series. Just let everything end on the second to last episode, like 3mins before it's officially the end of that episode; you'll be much happier.
21 people found this helpful

Anne EdwardsReviewed in the United States on March 17, 2021
1.0 out of 5 stars
Wish Prime video would give a heads up, like “Coming Soon.”
Verified purchase
Would be nice to have a heads up of shows Prime plans on airing. The entire show went off Netflix at the end of 2020 and we had just finished season 7. Felt so thankful that Prime had the seasons for sale. Was happy to get to finish the series through to end until half way through season 8 (which i paid $6 for) Prime started offering the entire Dexter series. A two week heads up would have saved me a few bucks, that I could have used towards the hundreds of dollars I spend at Amazon each month!
2 people found this helpful

Level Headed GalReviewed in the United States on February 26, 2015
5.0 out of 5 stars
Great characters, great writing, great acting...well worth viewing
Verified purchase
Dexter is a character that is easy to fall in love with. Both well-written and well acted, this may be the first serial killer you have ever rooted for. This series is about a vigilante serial killer who chooses to use his "darkness" for good...killing only people who do bad things (usually people who have somehow gotten away with murder). The story line over the entire series is about Dexter's quest to fit in and feel "normal" despite his unusual secret. He is a blood splatter analyst for the Miami police department, where his sister is also a homicide detective. Both of which make for an interesting show.

All of the writing and acting is exceptional in this series for both lead and supporting characters. It has action, suspense and comedy, and one of the characters uses alot of profanity (which strangely enough is an endearing part of her character and part of the comedic aspect). It is not derogatory or offensive to any certain group, but if you are unable to appreciate artfully strung together four-letter words and other combinations thereof, you may not like at least a line or two of the scenes that character is in.

Considering this series is about a serial "killer" who is obsessed with blood, it really isn't a gory series at all. I would say that the suspense and drama are balanced with a light-heartedness that makes it easy to watch. Not so much for the kiddies, obviously, but most adults will find this show enjoyable.

B. T. NewtonReviewed in the United States on January 16, 2014
3.0 out of 5 stars
Not as bad as you have heard, but not the Dexter you would hope for!!!
Verified purchase
I read a TON of reviews prior to buying this season, and they almost kept me from buying it. I am a diehard Dexter fan, so I finally decided I had to see for myself. The season itself isn't too bad, although it definitely isn't one of the best either. The problem is that they focused A LOT on Deb and it kind of took away from the normal build up to catching "the killer." It was a bit disappointing to see such a strong character go through such a ROUGH time after all the show has taken her through, but I guess they want you to feel like she reached her breaking point.

Again, the season itself isn't all that bad, just not one of the best that this otherwise GREAT show has put together. The problem is the final episode. I won't ruin it for anybody (although by now you have probably already heard about it) the final episode is probably the WORST I have EVER seen. It answers questions for you, so it doesn't leave you in suspense like The Soprano's did, but it is like writers JUST released that was the LAST episode and hastily put something together!!! Not the send off this show needed!!!!

I don't watch a lot of TV that isn't sports or news, so I was kind of sad to see it end. If you are a fellow fan that just wanted to own the final season, this is worth buying. Again, the season itself isn't THAT bad! The final episode WILL leave you VERY disappointed!!!

PghDrakeReviewed in the United States on January 2, 2014
4.0 out of 5 stars
The final seasons are always the hardest to accept (and write!). NO SPOILERS
Verified purchase
NO SPOILERS IN THIS REVIEW!

Lots of bad reviews and quite a few 5-star reviews as well here. Overall I feel it was as good as I expected it to be - and that it was time to end the series anyway. Most of my reviews for the other seasons were 5-stars, this is a fantastic series!

There are some fantastic, very memorable scenes in this season, and some that you will feel you they could have done without - but honestly it's like that every season. Season 2 was probably my overall favorite, Dokes and his interactions with Dexter really made it great. This season focuses more on winding everything down with the story lines, filling some holes in the history of Dexter and how things came to be with him, and of course building up to the ending. The problem I think most folks have is that it had a slower feel to it because of all the holes they were trying to fill for those of us who really wanted to understand Dexter more. Some of the folks that I talked to who were disappointed were hoping for huge fireworks of slaughter with Dexter laying person after person on his table every episode - it wasn't like that (and I don't consider that a spoiler, more of a warning to the folks who are hoping for it). Character development did seem loose at times - but again, this is the final season - developing characters wasn't much on their minds, it was about closure.

This wasn't my favorite season, but it wasn't my least favorite either. And I loved every season! Go into this seasons looking for drama, story telling and closure and you'll be very happy.

Frank C. MurilloReviewed in the United States on July 13, 2021
1.0 out of 5 stars
Running out of steam
Verified purchase
Very entertaining during the first five season but after that the show just started going down hill.The writers were just rehashing stuff from the first few seasons and the ending was just awful. However dexter and deb were very great characters from the beginning to the end.
2 people found this helpful

Christopher WalkerReviewed in the United States on April 23, 2021
1.0 out of 5 stars
Terrible Ending
Verified purchase
Absolutely great show until the last episode where the shows writers take a huge steaming crap on the show and ruin it!
This ending is as bad as the movie The Mist!
I will rewatch the show until the last episode and use my imagination to make up a better ending.
2 people found this helpful
See all reviews
Back to top
Get to Know Us
Make Money with Us
Amazon Payment Products
Let Us Help You
EnglishChoose a language for shopping. United StatesChoose a country/region for shopping.
© 1996-2021, Amazon.com, Inc. or its affiliates