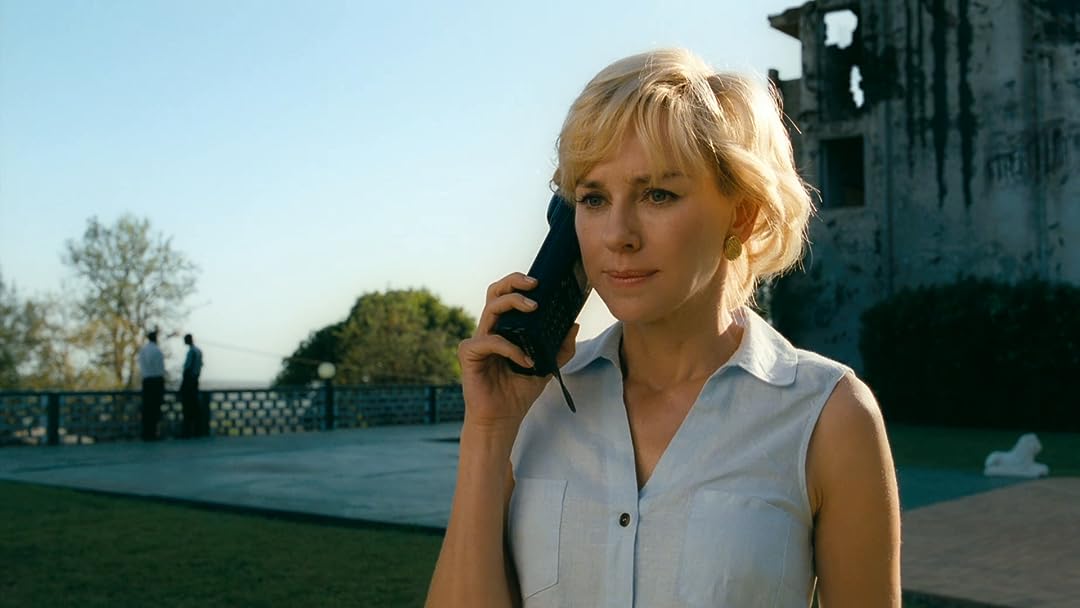 (618)
1 h 52 min2013X-Ray7+
During the last two years of her life, Princess Diana embarks on a final rite of passage: a secret love affair with Pakistani heart surgeon Hasnat Khan.

Alexandria ChaseReviewed in the United States on May 26, 2019
5.0 out of 5 stars
vastly underrated
Verified purchase
Biographical films have always been my favorite genre and viewed this recently on HDnet. Really lovely cinematography by Rainer Klausmann and Naveen Andrews gives an exceptional performance in this film. A few scenes stand out for me, when Diana is in the pool and is being a bit admonished for her behavior, she floats away without a word, such a mood, and another, at the end, Naveen is standing at the palace tribute with flowers. And whether or not some scenes are fictionalized, as another reviewer mentioned, we'll never know, it wasn't the usual glossy glamorous storyline mush, but just a story of two people who knew each other briefly. In the meantime, it was a little gem for me.
14 people found this helpful

D. L. NorwoodReviewed in the United States on December 10, 2021
5.0 out of 5 stars
Diana
Verified purchase
I thought that this movie was tastefully done covering the last 3 years of Diana's tragic life. I loved the cast. I was unfamiliar or had just forgotten about Diana's romance with the cardiologist. I think that Diana's behavior was self destructive & that she did not think about the consequences as her plans never worked out the way that she thought they would. She hurt a lot of people with her tell all interview & won the disapproval of her friends. She lied to the press about her relationship with the cardiologist & hurt his credibility. She used Dodi in a twisted attempt to win the cardiologist back as she orchestrated photo shoots on Dodi's yacht. Diana just wanted to be loved & adored by someone special as she was rejected by both her family & the royal family. Diana was a very flawed woman who acted foolishly, but I adored her.
2 people found this helpful

LilianaReviewed in the United States on January 11, 2021
5.0 out of 5 stars
Naomi Watts - A perfect Diana
Verified purchase
Although here and there I wondered if the editing of the movie could have done better, overall I feel like I met Diana and walked with her and in her as Naomi Watts not only looked like her but, as usual, gave an outstanding, compassionate and passionate performance. She made me feel very close to Diana and interested in her feelings, life, intentions and story. And, I felt for her tragedy too, a tragedy that seemed to impregnate her life non-stop.
Great movie. Nice screenplay too—it offers new perspectives on Diana's story that do get along with what the media offered and yet are from a more truthful angle.
7 people found this helpful

C. S.Reviewed in the United States on April 10, 2022
1.0 out of 5 stars
Awkward and unrealistic
Verified purchase
Naomi Watts may be a good actor but she was a terrible Diana in this movie. The accent was awful, sounded like an American trying to do a bad portrayal of an Engliah accent. Other than big blue eyes and a crapton of black mascara, Naomi Watts looks nothing like Princess Diana. The script had no sense of direction and the characters were not believeable. The only part of the movie that made me smile was when the security guards at the palace jokingly called out that there was someone else in the car. That was the only clever part of rhe whole movie. Maybe 5 seconds. Not worth watching this movie.

just meReviewed in the United States on February 24, 2014
4.0 out of 5 stars
Diana
Verified purchase
I have read other reviews of this movie and feel that the critics missed the point. This wasn't about Diana the legend. This movie was about Diana the person and how she dealt with life after her marriage fell apart. The larger than life, well publicized parts of her life are touched on, but not the important part of the movie. The main focus of the movie was about this love affair she had that she somehow managed to keep out of the public eye. Her public life does make this affair impossible and the romance is bittersweet as a result. the actors are very good together and are believable as two people in an impossible situation. As far as Naomi as Diana, no one will ever portray Diana accurately because there is too much material and memory to let people step back and be objective. Naomi did what she could and Naveen Andrews was simply adorable. I do think some people were uncomfortable with "their" legend being mixed up with a Muslim, especially a non-white Muslim. The idea that this man treated her better and that she could be happy with him may have upset some people. I saw in other comments the "he's too dark to play" argument trotted out yet again even though this actor isn't any darker than others of his ethnic group or the person he was portraying. This movie deserved better marketing and more open minded criticism. it is a simple bittersweet romance and I recommend it.
24 people found this helpful

L.M. KeeferReviewed in the United States on February 12, 2014
4.0 out of 5 stars
A Royal Drama
Verified purchase
Do not watch this movie if you.....

* are looking for something historically factual about Diana's life ~ it is based loosely on events, but seems mainly fictional

* are hoping Naomi Watts looks a lot like Diana ~ she doesn't strongly resemble Diana, but she sounds like her at times

* want to see exact replicas of Diana's fabulous wardrobe ~ the clothes are similar, but not exact from what I could tell

* want to see sets that replicate Diana's rooms at Kensington Palace ~ the rooms in this movie aren't replicas - you can see actual images of Diana's rooms on pinterest, however

* are looking for something deep like the movie THE QUEEN ~ this doesn't have the same substance, but it did get you thinking about how lonely life was for Diana after the boys were in boarding school, Charles was with Camilla, and Diana can't go anywhere without being hounded by the ever-present press

I read the reviews which panned this film, so didn't expect much. I actually enjoyed the movie more than I expected. Sure, sometimes the dialogue sounded silly, but when you're in love, a lot of people sound silly, right? Prince William's phone was hacked and we learned he calls Kate 'babykins'. Wouldn't want anyone listening to my conversations. So, perhaps the dialogue was more like real life than we realize. You see how trapped Diana was by expectations, lack of privacy, the public's relentless interest in her every move, the royal family's jealousy of her, and lack of options to work or find meaning in a career like some do.

If you like Princess Diana, and would like to see a largely fictional imagining of a romance with the heart doctor and what that might have been like, you might enjoy this film more than some of the reviews suggest. The heart doctor was interviewed recently and said the movie didn't get their story accurately. The movie is light, and melodramatic, but it does provoke thought on how celebrity, and being royal, has equal lows accompanying the highs. 3.5 stars
3 people found this helpful

seaheatherReviewed in the United States on May 9, 2016
4.0 out of 5 stars
DIFFICULT SUBJECT SINCERELY PLAYED
Verified purchase
Not a bad movie. Watts is rather wonderful in her ability to recreate the mannerisms, speech, and in general convey the sense of Diana as we remember her. But the romance with Hasnat seems desperate from the outset, and since the script revolves around it, and our being drawn into it, -- which does not, in my opinion, quite work -- we are left with yet another soggy documentary of a Princess whose Prince turned out to be a frog and who died too soon and too violently. I also felt that despite her efforts, Ms. Watts fails to capture Diana's energy and vitality. Rather, she imitates it. It is interesting that the most moving sequence in the movie is the one with the people bringing flowers to Kennsington Palace, a moment not essential to the focus of this particular story. Diana's pull on the imagination of strangers was central to an understanding of her unique mixture of hope and despair, and is a quality that the film only glimpses briefly. Nonetheless, this movie is sincere in an effort to reveal something of the mystery of a woman who both defied and embodied conventional attitudes about women, family, and power.
3 people found this helpful

Kevin CarnahanReviewed in the United States on December 18, 2020
2.0 out of 5 stars
Surprisingly inept film
Verified purchase
It's important first to note the performances are fine, especially Naomi Watts; and of course Juliet Stevenson (one of the best actresses in the world) is charming in a small part. It must be the script and the direction that turn this project into an inept, inexpressive mess. The result ends up wallowing in cliches and saying absolutely nothing about Lady Diana. Give it a miss.
One person found this helpful
See all reviews
Back to top
Get to Know Us
Make Money with Us
Amazon Payment Products
Let Us Help You
EnglishChoose a language for shopping. United StatesChoose a country/region for shopping.
© 1996-2022, Amazon.com, Inc. or its affiliates