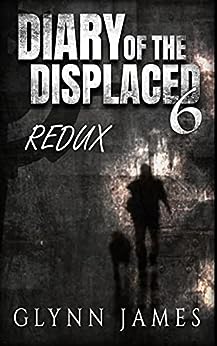 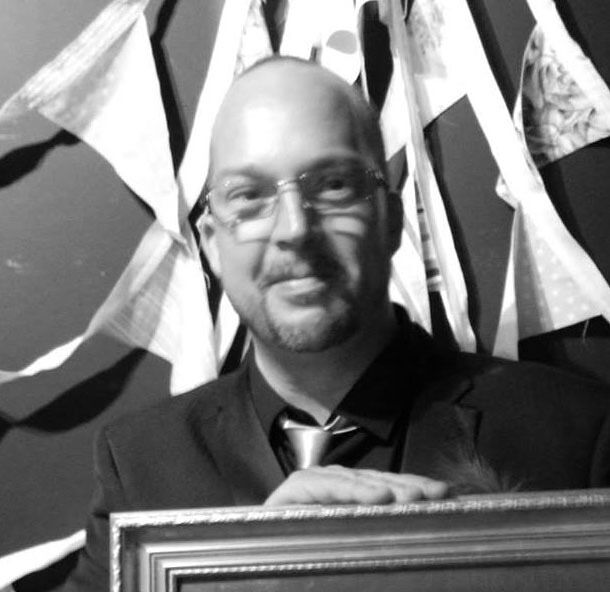 by Glynn James (Author) Format: Kindle Edition
Book 6 of 6: Diary of the Displaced
See all formats and editions
Sorry, there was a problem loading this page. Try again.
Diary of the Displaced is a genre-breaking saga that is part mystery, part scifi, part horror and part fantasy.
Set in a universe where creatures from the depths of Lovecraftian horror come up against blaster and shotgun wielding nomadic wanderers, it's not like anything you've ever read before.

Readers are calling the DIARY OF THE DISPLACED series: "A wild ride through a stunning imagination." ... "An epic journey through places best left in darkness." ... "I was hooked in the first few pages." ... "Mysterious, compelling, and brilliantly imagined." ... "Unpredictable with great character development." ... "Great books...enjoyed from first word to last." ... "Unexpectedly excellent!" ... "Very bizarre and imaginative."

The final book in the Diary of the Displaced Series.

Connor continues on the trail of James Halldon and DogThing, but now he isn't alone. GreyFoot seems to know where they are to go, but not what they will encounter on the way there. Connor's journey takes him to a place that seems to tease all the answers but give none. In the end he will be faced with a decision, and a hard one.
Should he risk everything for one chance to change things forever?
Read more
Previous page
Next page

Limited-Time Offer
3 Months FREE of Audible Premium Plus. Get this deal
All 6 for you in this series See full series

GLYNN JAMES is an author of science fiction, post-apocalyptic, dark fantasy, horror, and dystopian fiction. His love of science fiction began when he was eight years old after discovering HP Lovecraft and Richard Matheson, and then later on Terry Pratchett, Neil Gaiman, James Herbert, Clive Barker, and Stephen King.

More info on his writing and projects can be found at -

Rita Book
4.0 out of 5 stars Dark Sci-fi
Reviewed in the United States 🇺🇸 on July 19, 2021
Verified Purchase
Got a little confusing towards the end with the jumping back and forth with the first person views. Once I realized what was happening I was along for the ride. It didn't help that the editing took a big slip towards the end. The books have been fairly well edited, not sure what happened on this one. Had to backtrack and reread sentences quite a few times. Missing words, transposed words, additional words, etc. Needs another lookie-loo. Overall a nice ending to the series, that I recommend. They have given me a lot of entertainment.
Read more
Helpful
Report abuse

badguybuster
3.0 out of 5 stars It was a bit hurried
Reviewed in the United States 🇺🇸 on July 17, 2021
Verified Purchase
This one was not nearly as good as the previous books. It was too rushed, like the author just wanted it over. Disappointing.
Read more
Helpful
Report abuse

Stacey B
5.0 out of 5 stars Great Ending
Reviewed in the United States 🇺🇸 on September 4, 2020
I have been waiting forever for another book in this series. This final book was perfect. Every question was answered. I am going to miss James, DogThing, GreyFoot, the rest of the Maw, Adler and Rudy. I hope that Mr. Glynn will someday visit them again just to see how they are faring. Thank you for creating this wonderful and sometimes terrifying world for us readers to get lost in.

This series has always slightly reminded me of Stephen King's The Dark Tower. Not necessarily in story but in how it feels when you read it. If you like the Dark Tower, you will probably enjoy this series.
Read more
One person found this helpful
Helpful
Report abuse
See all reviews

Harry Harrison
3.0 out of 5 stars Satisfactory conclusion.
Reviewed in the United Kingdom 🇬🇧 on March 22, 2022
Verified Purchase
Few books that are series are ever as good as the original. This series was no different. Not a criticism, just a fact. I enjoyed the Book one of the six Glynnn has penned, thoroughly engrossed , and I eagerly awaited the next installment. With each new book, fleshing out the very enigmatic plot and the main protagonists journey, alongside various monstrous other worldly characters . However I didn't feel as connected as I was in the first of the series. I was drawn into the strange world and circumstances that he woke up in. I was along aside as he survived, discovered and fought his way through to each new and bewildering situation, each one asking more questions than providing answers. I was not as absorbed with each successive book. However, I did enjoy them and even when the hero of the book changed to a successor of the original main character. I am a bit of sci fy fan and I liked how the author managed to reintroduce the original protagonist into this final book. Okay, quite a few liberties taken with the thread of the plot, but it is science fiction after all, so why not. I was taken back to place that intrigued me from the start and the heroes, great grandfather and great grandson together bring the journey to a conclusion that I thought was clever and satisfactory.
Read more
Report abuse
See all reviews
Report an issue
Does this item contain inappropriate content?
Report
Do you believe that this item violates a copyright?
Report
Does this item contain quality or formatting issues?
Report