You've subscribed to Diary of Steve the Noob Collection! We will preorder your items within 24 hours of when they become available. When new books are released, we'll charge your default payment method for the lowest price available during the pre-order period.
Update your device or payment method, cancel individual pre-orders or your subscription at
Your Memberships & Subscriptions
There was an error. We were unable to process your subscription due to an error. Please refresh and try again. 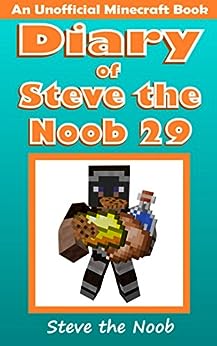 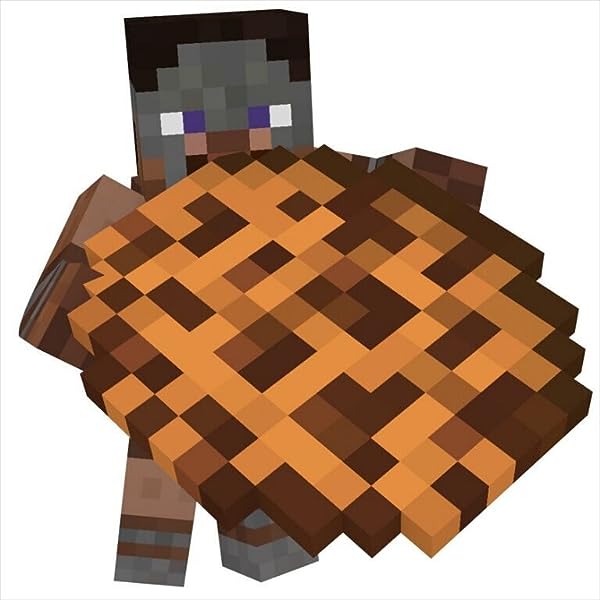 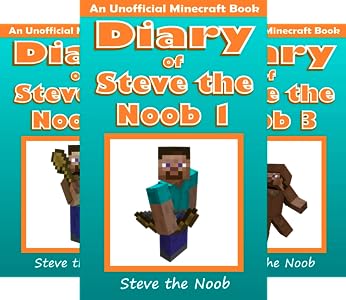 4.7 out of 5 stars
4.7 out of 5
210 global ratings
How are ratings calculated?
To calculate the overall star rating and percentage breakdown by star, we don’t use a simple average. Instead, our system considers things like how recent a review is and if the reviewer bought the item on Amazon. It also analyzes reviews to verify trustworthiness.
Top reviews

wong chi wai
5.0 out of 5 stars OH HEYYY HOWSS IT DOI'N STEVE THE NOOB!!
Reviewed in the United States on September 8, 2017
Verified Purchase
YOOOOO ITS ME AGAIN!THE IRON KILLER !!!!NICE BOOK DUDE!!Jujst wanna say that dis book is DEFINITELY BETTER that the last book!!!!!!!!ESPECIALLY THE COOKING COMPETITION!!!!ITS THE BEST PART????LIKE (M) MASTER CHEF!!!!!Oh wait ...do you even watch master chef??HARHARHAR!!
(((""spoilers"")))
dudes ,if you didn't read this book,DON'T read this!!!!!!

~so yeah...theres actually MORE COMPETITIONS.JUST LIKE I SAID...DA MASTER CHEF STUFF HARHARHAR.Well anyways after lots of stuff like business stuff,Paul FINALLY CAME BACK!!!yay!!!!And after meeting da Gavy,they found out the way to save BOB .But its still a nightmare.They have to go to the NETHER.Well,find out what happens next in book 30!!So...yeah !!!Thats pretty much it!!!(Oh yeah and btw its the first time that I am writing a spoiler for steve da noob haha!)

Oh well anyway I gotta go and do ma stupid weekend homework again!!!Steve the noon PLSPLS write as much as you can!!Hopefully that your books keeps goin till book 150 !Peace out......

Amazon Customer
4.0 out of 5 stars Why did this take so long?
Reviewed in the United States on September 12, 2017
Verified Purchase
Hi Steve!Awesome book as always,but it took wayyyyyyy to long(Almost 2 months) to publish,so I gave you 4 stars instead of 5(The book itself is totally worth 5 stars) anyways,time for a small spoiler!(People who have not buoght the book are welcome to read it too)DA SPOILER:"If you fail,your soul will fall into oblivion forever."-Gavy,2017:P Alright now for the I.D.E.A.TIMMMMMEEEEE
1)A new inventor called Sahel(Thats my name) comes to town and have an inventing competition with Cole,and Cole makes a robot like the one in book 20,then Sahel makes a ROBOTIC DRAGON THAT CAN FLY and every judge chooses her as the winner and then she moves into Cole's home(Or workshop?Does he live in the workshop?)And they become friends
2)The Enchantor Whose Name I Forgot comes back to town with his group of enchantors and they open an enchanting
shop :-)))
3)While in the Nether,they get attacked by a group of ghasts,and Gavin saves their lives,and Devlin finally trusts that he is not evil anymore,and lets him out of the prison
4)They goes to the messenger's village,and found out that they're getting attacked by killer bunnies and cows like the ones in book 24(Or is it book 25?I can't remember clearly...)
5)A horse race!If there's pig race in book 28,then why don't make a horse race?
6)Bob comes back.
7)Paul resurrects Bob.
8)Bob gets resurrected by Paul.
9)Plz make Bob come back.
10)LET BOB BE BACK PLLLLLLLZZZZZZZZZZZZZZZZ
Well that's it for my Longest Review Ever™ today,and goodbye Steve!
P.S.Plz add at least 1 idea or add me to your fav reviewers list as Sahel the SandWing ok?If you do,then you'ill rise up from number 3 to number 2(Current author in number 2 is Red Smith,and DA FIRST is Tui T. Sutherland,who wrote the BESTEST series ever,the Wings Of Fire)
P.P.S.JUST MAKE BOB COME BACK PLZZZZZZZZZZZ
Whew.That was tiring.Took me about 40 mins.It's 9:55 here now.Time to sleep.Night,Steve.(Though I'm not sure if the time zone where you live is as thes same as me,so it could be "Good morning/afternoon,Steve." :P
Okay for real now,this is Sahel,signing out.Good morning/noon/afternoon/night/midnight,Steve!
Read more
One person found this helpful
Helpful
Report abuse

Lilshat Family
5.0 out of 5 stars yay book 29
Reviewed in the United States on September 9, 2017
Verified Purchase
Hello this is ZEMINECRAFTFAN reviewing on book 29.The book was cool and awesome,but no action.Sorry no spoilers for today.So this time I came up with some new ideas.Heh
Lets get started on the ideas.
---------------------------<Ideas>--------------------------
1.Whe gavin enters the dark gates he gets his powers back and manages to escape.
2.Or When Paul enters the dark gates he becomes evil or Gavin makes him evil and they escape to a neither fortress
3.New class changes
4.The arena gets build
5.Arthur opens a BBQ restaurant
6.Arceus's next class is something like a nature archer,he can summon animals to help him in battle.
7.Lucky changes class
8.Please add a rouge named Mars.that would be cool
9.Bob.
10.The mines
so I think im done for today.
This was ZEMINECRAFTFAN.
GOODBYEEEEEEE
Read more
One person found this helpful
Helpful
Report abuse

Berit Schulz
5.0 out of 5 stars YEETTTTTTT
Reviewed in the United States on September 9, 2017
Verified Purchase
Hello cotton candy here this review is going to be a diffrent style so yea.

the book was good the mayors food must have BEEN DELICOUS lol. Calvin your salad its its... RUINED NOOOOOO
lol. I they had a tier two sniper it would be soooooooo cool. can you add atier two sniper named Joseph and collects rare bows swords and other unique weopons. and his wepon would be called the darkness bow which when an arrow is shot from that bow itll either have a poison, blindess or instant damage splash affect come off the bow. pls add this charecterand if he might seem over powerd then reduce some of the abilities he can also throw blindess bombs (like smoke bomb). they should travel to tge village whwre there are the scary monsters. also make a peson who envents noodlez and donut and maybe sushi.

Steve can you pls use my ideaz i would apperciate it. I really like your books and I hope you make it to book 50 and beyond :)

1 pigmaster (thx for the shout out)
2 SCRATCH big so to him he was first to shout out me
3 slimhead funny reviews
4 dragonitex long
5 fireball
THATS ALL thx for reading my review and businesses
-cotton candy
:)
Read more
Helpful
Report abuse
See all reviews

little yoda
4.0 out of 5 stars okay...
Reviewed in Australia on September 13, 2017
Verified Purchase
hmmmmm Steve is going to need more armor than that.
but still overall pretty good I would like it if you made your books abit longer I am a fast reader and i love your books but that mixed together = the book last about 45 minutes so anyway i am not giving up yet.
please dont leave your books on really exciting because then i have to what a month.i did enjoy reading this book though
Read more
Report abuse

Thomas Taylor
5.0 out of 5 stars best Steve the noob book so far
Reviewed in Australia on September 10, 2019
Verified Purchase
you should make a tier 3 class called herobrine. the cost to change should be Steve reaching level 70 and have to craft.a special item called a gladyiam crystal which should be found glay-dee-um
in the end and.Steve should have to defeat an enderman called enderclaw.to retrieve to the gladyiam crystal.
Read more
Report abuse

Kindle Customer
4.0 out of 5 stars DA BOOKA ME GUSTA
Reviewed in Australia on September 8, 2018
Verified Purchase
I like this book it is pretty good and very enjoyable to read but it gets a little less intresting and fun to read at the end but I recommend to read this book because the PARTY DOES go on :D xD
Read more
Report abuse
See all reviews