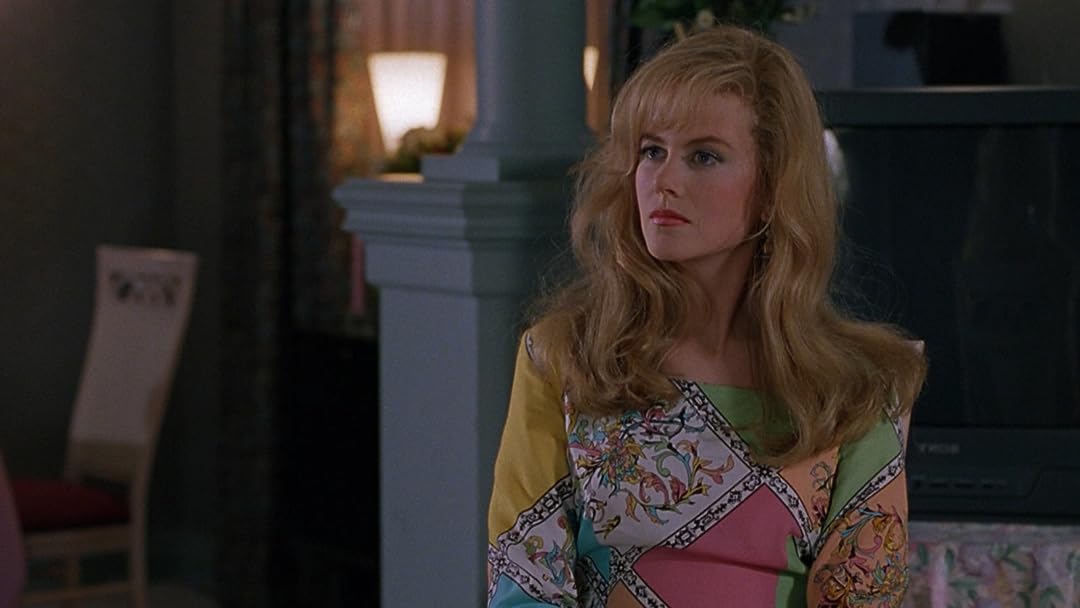 (1,640)
6.81 h 46 min1995R
A beautiful, ambitious and untalented young woman will literally stop at nothing to further her small town television career in this dark comedy about media and fame.

DafReviewed in the United States on September 21, 2022
5.0 out of 5 stars
More influential than realized?
Verified purchase
Finally catching up with this one, I feel like I've stumbled upon the genesis of every irreverent darkly comic self-narrated ambitious scheming female narcissist movie from the late 90s onward, like 'Election' and 'Gone Girl' and even 'I, Tonya.' I'm sure 'To Die For' has plenty of influences of its own (you can even make a case that all these kinds of movies are branches off of 'Goodfellas'), but it definitely feels like a whole lot of movies used this as a direct template, and that's worth quite a bit in my book.

Also, see this if you ever need a reminder why we made Nicole Kidman a star. She's perfect in this (well, if you forgive one moment when her Australian accent seeps through, heh!) and at her peak hotness, to boot. And while we're at it the rest of the cast is (sorry for this) to die for as well.

A. PEARDReviewed in the United States on September 5, 2021
5.0 out of 5 stars
Predictable yet entertaining, colorful, sad, darkly humorous
Verified purchase
Nicole Kidman nails it again, in the movie that lifted her to star status. Her energy, complete self-absorption and micro-expressions are a joy to watch. Let's be honest, it's great to see her all dolled up with lots of shiny makeup, Chanel-like suits and blonde hair. As usual, she embodies her character. It's interesting to see her do so well at 26, Joaquin Phoenix at 21.

Supporting actors all went on to do great things in television, for the most part (Seinfeld's Newman! That 70s Show's Red Forman, Cheers' Nick Tortelli, Two and a Half Men's Holland Taylor), and it's fun to see them well cast in this romp.

Based on the novel that got rather middling reviews, Buck Henry's screenplay snaps this into a slow burn that lands unexpectedly. A good Sunday afternoon watch.

joel wingReviewed in the United States on November 6, 2022
3.0 out of 5 stars
Nicole Kidman is a master manipulator to make her dreams come true
Verified purchase
This Gus Van Sant film is about ambition and greed. It features Nicole Kidman who is willing to do anything to make herself a TV star including murder. She manipulates everyone around her from her husband Matt Dillon to two teens Joaquin Phoenix and Alison Folland to her boss Wayne Knights. The film has a surreal feel to it due to Kidman’s character. She always tries to be charming and determined but you can tell she’s fake at the same time. She dominates the movie and every scene she’s in. Phoenix and Folland play teens well because they look and act like real high school kids. The film really pushes the excesses and draw of celebrity.

Allen Garfield's #1 fan.Reviewed in the United States on February 12, 2019
5.0 out of 5 stars
Terrific True Crime and Black Comedy/social satire. Amazing Pedigree,too.
Verified purchase
Based on a (truly) weird story. Real Hard Copy/Current Affair stuff back in the day. Directed by Gus Van Sant( Drugstore Cowboy, Good Will Hunting and Milk). Screenplay by the great Buck (The Graduate) Henry, based on the on the fact-based novel by the wonderful Joyce Maynard. Sex, crime, pitch-black comedy and a dusting of pathos. Terrific cast - even the smaller roles. (The always wonderful Ileanna Douglas, Wayne Knight and some surprising cameos.)
9 people found this helpful

Tomboy MamaReviewed in the United States on April 1, 2021
5.0 out of 5 stars
Great cast, interesting story
Verified purchase
Loved this film when it came out. I think Joaquin Phoenix is outstanding in his role. Nicole Kidman is wonderful at playing a ladder climbing, narcissistic, manipulative wife. Matt Dillon did his role justice as well. The extra perk was Illeana Douglas, have been a fan of hers for years. The scenes are quick and allow the viewer to full in the blanks. The entire cast was great in their individual parts.
4 people found this helpful

Bread HeadReviewed in the United States on June 22, 2020
4.0 out of 5 stars
Nicole Kidman can be such a strumpet!! And totally get away with it.
Verified purchase
If you're a fan of "PaperBoy", you'll see Nicole in the early role that got her interested in portraying this sort of seductress/girl next-door type of character. She and Michelle Pfeiffer have truly nailed down that characterization wherein they can unstoppably sexy, dangerous, and good-neighborly all at the same time.
Based on a sort of true story, or at least one that's been given ample screen time on TV movies from the late 20th century, she's hell-bent on becoming famous in her small, hokey part of the world. So she doesn't even think twice when she can illicit the help of teenage boys to carryout the dirty work she concocts.
2 people found this helpful

J. LiebermanReviewed in the United States on January 22, 2002
5.0 out of 5 stars
Sublime and Vastly Underrated
Verified purchase
The fact that To Do For is not more highly regarded is a mystery to me. It only garners a 6.7 on IMDB.com. All of the ingredients were there, an incredible and gifted director in Gus Van Sant, what I consider to be Nicole Kidman's finest performance, a wicked and not just satirical script and an excellent supporting cast.
Of particular note is Joaquin Phoenix's portrayal of Jimmy Emmet, the typical high school metal head loser who becomes obsessed with Kidman's evil character, Suzanne Stone-Maretto. Phoenix is a gifted actor with a wide pallet to choose from. Contrast this performance with the job he does of playing The Abbe in Quills. It makes his role in To Die For all the stronger. Allison Folland is also a standout in her debut performance as Jimmy's pathetic friend Lydia Mertz. Together with Casey Affleck as Russel, the three unwittingly become assassins for the callous Mrs. Stone. The story is built up very effectively, and as a viewer there is never any doubt that these three "dorky" kids will pull the murder off.
Also magnificent and lending strong supporting roles are Dan Hedaya and Illeana Douglas who play Larry Maretto's father and sister, respectively. The part of Larry is played with near perfect un-bravado by Matt Dillon, who does so without his usual pomp and bluster. Basically, Larry is the perfect everyman trying to do right by his new wife and family [....]Hedaya is perfectly cast and uses his natural menacing qualities quite well. My favorite though, is Janice Moretto, Larry's sister played by Douglas, who is the only character who sees Suzanne for what she really is. The dancing on the grave ice-skating bit at the end is also really well done. Douglas doesn't fall once.
Hats off to Van Sant for a creating a satirical masterpiece that contains enough side elements to hold the viewers attention through more than one viewing. For instance, what exactly is Suzanne's relationship with her father? Also, the fact that Janice is most likely gay and this might be why she understands Suzanne so well. Cudos as well to the director for the style he employed, blurring the line between film and documentary. Some people have argued to me that To Die For contains too many cuts and flashbacks and consequently the viewer has a difficult time following the action. I do not find that to be true. Quite the opposite, I find the film to be compelling. Even after at least five viewings, To Die For firmly holds my attention throughout.
11 people found this helpful
See all reviews
Back to top
Get to Know Us
Make Money with Us
Amazon Payment Products
Let Us Help You
EnglishChoose a language for shopping. United StatesChoose a country/region for shopping.
© 1996-2022, Amazon.com, Inc. or its affiliates