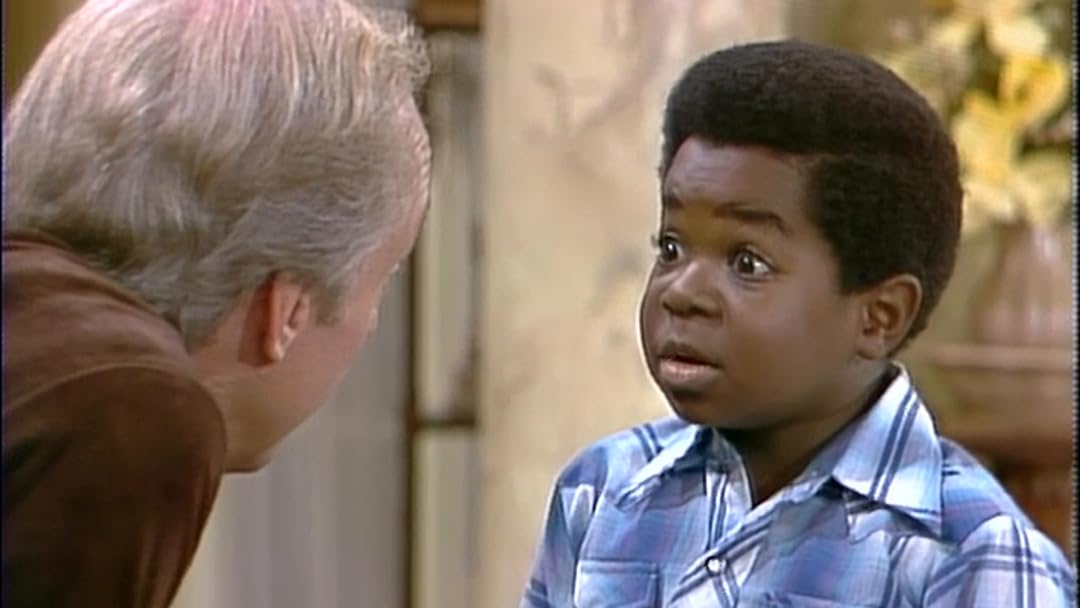 (220)
1980X-RayTV-PG
The misadventures of a rich Manhattan family who adopted the children of their late African American maid.

Bent steel.Reviewed in the United States on April 17, 2014
5.0 out of 5 stars
Arnold kept the ball rolling.
Verified purchase
The pieces were in place and the talent overflowed into our hearts.It was clear that Gary was the star but he had company in the TV heavens.Todd could bounce the ball into his court,Dana was talented as well as very pretty,Conrad kept everyone in check with love and wisdom.I remember looking forward to seeing this show every Friday night and was almost never let down.It was a shame how misfortune followed the child stars in real live.You completely forget all that when you pop this in the DVD player.Gary still remains the highest paid child actor in TV history and in my opinion,the highest talented.I read Lucille Ball was a fan and visited him on the set.I can't wait until more released and until then I will throughly enjoy this one.
3 people found this helpful

R.B.Reviewed in the United States on August 5, 2008
4.0 out of 5 stars
This season was OK, but Sony what's the hold up!!!
Verified purchase
I can say that the Second season of Diff'rent Strokes was good, but we would like to see further seasons of this show released on DVD by the season sets. In my opinion Diff'rent Strokes got better in the 1980's starting with season 3, plus we had more guest stars and people like Janet Jackson who played Willis' main squeeze Charlene, Ed "Too Tall" Jones, Arnold's friends Dudley, Kathy, and Robby, Pearl as the housekeeper, Maggie(Mr. D's wife), and Sam as well as less 2 parters.

So Sony Distribution, tell me what is the hold-up on the further release of season sets of this Wonderful pop culture phenomenon of this show on DVD. We want more of this show, the first Two seasons aren't good enough. Work with us.

I. AldeReviewed in the United States on September 21, 2011
3.0 out of 5 stars
Not a white but a pink family!
Verified purchase
The Diff'rent Strokes DVDs (Season 1 and Season 2) were advertised as new, but when they reached me, all corners of the covers looked worse than ANY of the few used DVDs which I have ordered from you over the years.

In addition, I found the picture quality wanting. In many scenes the white people have such highly colored complexions that their faces can only be described as "hot pink."

As far as contents go, most of the episodes are as cute as I remember them although I find Charlotte Rae's antics and voice sometimes a little difficult to take. I know I am alone with this criticism because everybody else LOVES Mrs. Garrett.

Looking at the practically perfect family life of the Drummond family, it is difficult to believe that all of the children of the show had such troubles after the series closed. For all the joy they gave to their audiences over the years, one would have wished that Dana, Gary and Todd would have lived "happily ever after."
One person found this helpful

stevenReviewed in the United States on August 2, 2014
5.0 out of 5 stars
A FINE SHOW INDEED
Verified purchase
WE ARE NOW WATCHING THIS SHOW AS WELL, MAKING UP FOR WHAT I MISSED WHEN I WAS A TEENAGER. MY DAUGHTER ABSOLUTELY ADORES YOUNG CUTE GARY COLEMAN. AS OF NOW ONLY TWO OF THE ORIGINAL 5 MAIN CAST MEMBERS ARE STILL ALIVE. MS.. RAE IS 88 YEARS YOUNG. A FINE SHOW INDEED.
One person found this helpful

kissReviewed in the United States on December 24, 2019
5.0 out of 5 stars
Happy customer!!
Verified purchase
Got for a customer!
One person found this helpful

Bloody DemonsReviewed in the United States on April 17, 2010
5.0 out of 5 stars
where is season 3!!?
Verified purchase
Its been 4 years since season 2 has been released on dvd...doesn't look like season 3 is gonna be released on dvd....this irratates me so much! i never watched this show as a kid but knew it was popular so i bought seasons 1 and 2 and was starting to get into it bigtime now sony pulls the plug on me! please release season 3 on dvd and the rest of the seasons on dvd!!!
One person found this helpful

Mid9ghtpoetReviewed in the United States on December 30, 2013
5.0 out of 5 stars
Love It!!!!!
Verified purchase
My son watched the 1st season and asked me to get him season 2. I ended up getting him season 2 & 3 because I grew up on this show too and wanted to revisit old memories.
2 people found this helpful

NetteReviewed in the United States on January 21, 2019
5.0 out of 5 stars
Shipping
Verified purchase
Great series
One person found this helpful
See all reviews
Back to top
Get to Know Us
Make Money with Us
Amazon Payment Products
Let Us Help You
EnglishChoose a language for shopping. United StatesChoose a country/region for shopping.
© 1996-2022, Amazon.com, Inc. or its affiliates