Skip to main content
Dirty Job: A Space Opera Adventure and millions of other books are available for Amazon Kindle. Learn more 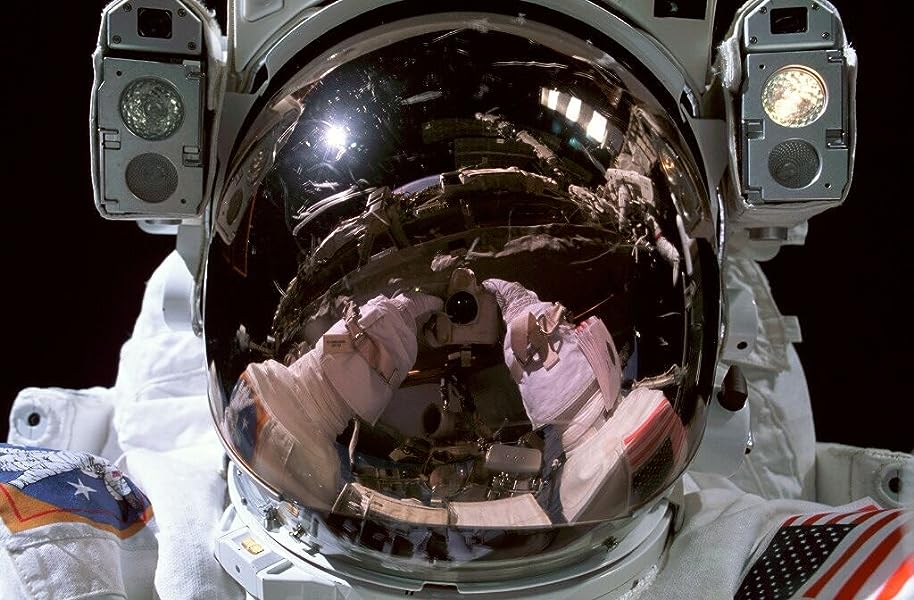 by Felix R. Savage (Author)
4.5 out of 5 stars 29 ratings
Book 2 of 3: A Cauldron of Stars
See all formats and editions
Sorry, there was a problem loading this page. Try again.

One more dirty job for the St. Clare's crew. This time it's all or nothing ...

In search of Pippa, an exiled teenage heiress, independent space freighter captain Mike Starrunner accepts a cargo for the Hurtworlds, the most hellish planets in the Cluster. The cargo is dirty, and could land the crew in jail ... but that's never stopped Mike before. This time, the prize is not just money, but the truth about the Traveller plot that's turned Mike's life upside-down.

But the job is a deadly trap for the Shifters.

On a ravaged prison planet, Mike and the crew tangle again with the predatorial Sophia and her Traveller allies. Pippa is the bait in a trap to destroy Mike ... and potentially wipe the Shifters off the face of the galaxy. Sophia and the Travellers stand on the brink of grasping unimaginable power, and now Mike is the only man standing in their way.

This ancient secret could shatter the uneasy peace of the Cluster.

To defeat the criminal conspiracy, Mike must evade the long arm of the law, while untangling an intrigue that stretches across light years and centuries. If he fails, Sophia's murderous plot will succeed, and Mike's name will go down in history as a detested traitor.

Join the crew of the St. Clare as they struggle to put the clues together, battle murderous criminals, and above all, hang onto their humanity. If you’re a fan of Firefly or The Expanse, you’ll love this interstellar adventure set in a cluster of stars far, far away, in a future where we’ve colonized the stars and even altered our own DNA, but remain all too human.

Start reading Dirty Job on your Kindle in under a minute.

Sign up for Felix R. Savage's mailing list to receive a FREE library of subscriber exclusive stories, set in four of his fictional universes: Earth's Last Gambit, Extinction Protocol, Sol System Renegades, and the Interstellar Railroad. These stories are not available anywhere else! http://felixrsavage.com/library

Felix was born too late to be a knight in armor, and too early to be a space colonist. He makes up for it by writing action-packed science fiction epics that have sold over 130,000 copies worldwide and become USA Today bestsellers. Restlessly driven to explore, he was born in the Deep South, grew up in the UK, and now lives in Japan with his wonderful wife, two beautiful daughters, and their feline overlords. His books cover the spectrum of science fiction, from hard SF, through space opera, to comedic science fiction, but all deliver his trademark blend of rich characterization, gripping plots, and unexpected twists. Until the day when we can vacation on Mars, this is as good as it gets!

Jas PTop Contributor: Star Wars
5.0 out of 5 stars Outstanding Sequel with Captivating Story, and Exceptional Characters – Not to be Missed!!
Reviewed in the United States on May 9, 2019
Verified Purchase
Part 2 of the Cauldron of Stars sees the Crew all back together still licking their wounds (both metaphorically and literally in some cases), after the end of part 1.
Mike and the others are desperate to find Pippa and rescue her from the Hurtworld they had to leave her on, but also don’t want to bring down the law on their heads, having been in enough trouble as it is lately.
Dirty Job is about under the table deals, intrigue, political manoeuvring to get things done, and pulling in favours, no questions asked. It is all about getting Pippa back.
And making sure Lucy gets to camp of course, but of course that is never easy either, and when Travellers arrive things just get a whole lot more complicated, especially when Mike’s Ex is involved.
Dirty Job is a full-on Military Sci-Fi, action thriller, with so many twists and turns, that if you were Marty in snake form, you would be a knot within minutes.
This book though has a whole lot more depth than the first, ‘Lethal Cargo’ was brilliant, giving us the set-up for this book, but in this one, we get a real feel for Galactic Affairs, not just now, but over the last several hundred years. Savage has done an outstanding job of taking what was already an impressive Universe from book 1, and expanding on it, both its size and its time frame. The result is you are totally enthralled in this saga, of not just Mike and his crew, but of various legacies that stretch back hundreds if not thousands of years.
Part 2 is a lot darker than the first, there is a desperation in the characters, and this takes them down the darker path (thus the title!), but Savage is not afraid of exposing his characters to this, taking them away from their ‘Hero’ status as such, and letting us see a more realistic aspect of them. They are still ‘The Good Guys’, they just have to go through the ‘dirtier’ option to achieve their goals. And this allows Savage to really develop his characters, which makes for exceptional reading for us.
The other fantastic aspect of this book is the shapeshifter concept. They are not ‘Were-creatures’, they are genetically modified humans, designed to be able to shapeshift into animals to survive on colonised planets that have suitable wildlife, and as such, survive hostile environments until such time as the Colony has fully established itself. It is a fascinating look at genetic modification for complicated circumstances. It also adds some awesome opportunities for story writing to the book.
Overall, this is a sensational read, with a thrilling and enthralling story line, and masterful Character writing, Savage has delivered another stunning story that you should not miss!!!
Read more
One person found this helpful
Helpful
Report abuse

FRANCIS
5.0 out of 5 stars Awesome
Reviewed in the United States on January 13, 2022
Verified Purchase
Once again Felix you have supplied us with a nail biting piece of fun reading.If you are a space fan ,do not miss out on this one,action all the way
Read more
Helpful
Report abuse

kdc
5.0 out of 5 stars TRUCK DRIVERS IN SPACE, yeah
Reviewed in the United States on January 5, 2019
Verified Purchase
I really like this storyline, well-done world and character development. All I can ask is write more faster, please. And that's from a reader who is a bit jaded with the overwhelming mage-paranormal-powers-nahneenah-make-up-any-old-BS-to-sell-your-stuff (aka psuedoscientific crap) that seemingly rules the noosphere, or Amazon sales, at least.
Read more
2 people found this helpful
Helpful
Report abuse

Robert Adam Follis
5.0 out of 5 stars A brilliant follow-up to Lethal Cargo
Reviewed in the United States on January 11, 2019
Verified Purchase
Great story, great characters, in fact, great everything. Incredibly readable and I can’t wait for the next episode. As a father of a 10-year-old, I like the way that the responsibilities of parenthood and having children are rolled into the story
Read more
One person found this helpful
Helpful
Report abuse

Kindle Customer
4.0 out of 5 stars Good Solid Book 2
Reviewed in the United States on February 15, 2019
Verified Purchase
Space shifter truckers, this time out it is the usual double cross, and a shifter kid of their own is kidnapped. The authority offers help and ship upgrades to get the girl, but they must also bring back the artifact the travelers have.
Read more
Helpful
Report abuse

tnuck kindel customer
4.0 out of 5 stars Enjoy
Reviewed in the United States on January 9, 2019
Verified Purchase
Enjoy this is a good read. I've read both books in the series and I would read more. Entertaining I like the idea of people shifting into deferent animals .
Read more
One person found this helpful
Helpful
Report abuse

Robert Konka
5.0 out of 5 stars Interesting read
Reviewed in the United States on January 15, 2019
Verified Purchase
Enjoyed the first one, and now I'm hooked. Solid characters and thoughtful thinking that keeps you from wanting to let go of the book.
Read more
Helpful
Report abuse

Melanie S.
4.0 out of 5 stars Gen-mod madness at warp speed
Reviewed in the United States on January 5, 2019
Ages after humanity has gone galactic, the universe is studded with colonized planets, and any form of biological difference can be found on any number of planets. Genetic modification is mainstream old tech, and the humanoid response is even older: like sticks with like, differences are feared, and ignorance gives rise to prejudice. So, not a peaceful place, the Clusterverse. And that interstellar clan of gypsies/religious cultists/organized criminals known as the Travellers is still wreaking havoc on interstellar trade. Interstellar "trucker" Mike Starrunner is a shifter, a cargo hauler, and a single dad with BIG problems. His ex-wife is the Mother of all Travellers, a crazed power-mad psycho-bitch whose need for control of the gene-mod future has her out to capture a refugee princess friend of Mike's. And if she spreads violence, death, destruction, and prion diseases in the process? Like I said, Mike's got BIG problems: a ticking time-bomb of terminal illness, crew members who turn on him, a sweetie and a daughter he can't seem to stick around for, and the unwanted attention of the Travellers, the Fleet, the cops, the refugees, and a crazy pretender to the refugees' planetary throne. I followed Starrunner's mis-adventures with my heart in my mouth, my credulity stretched to the max, and a persistent panting and pulse-pounding stress composed of equal parts OMG, OH-NO-HE-DIDN'T, and WTF? In short, this is madcap, warp speed space opera - Felix R Savage's unique blend of "pew-pew" and spy VS. spy served up with ethical angst and spiced with irony. Great characters (especially the aliens) and fast pacing are the best of Dirty Job. I could wish for more detailed world building, but not at the expense of the pacing. And, for those who don't do serials, this ain't your cuppa. You definitely need to read Lethal Cargo first. (Like that's a hardship!!) There will be more - and I can't wait. Thanks to the author for the ARC, and this is a voluntary, independent, and uncompensated review.
Read more
2 people found this helpful
Helpful
Report abuse
See all reviews

wange
5.0 out of 5 stars Good plot
Reviewed in the United Kingdom on February 11, 2019
Verified Purchase
As usual a very good plot and enjoyable story. Can't wail for the next one.
Read more
Report abuse