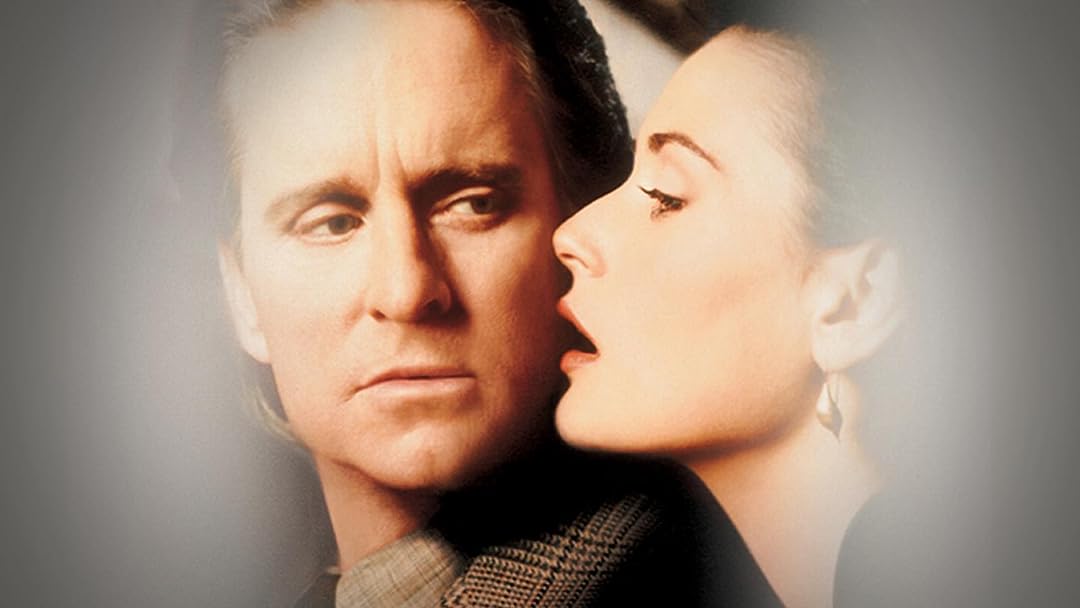 Aaron JohnsonReviewed in the United States on March 15, 2018
4.0 out of 5 stars
terrific film, though the film could have used a extended cut
Verified purchase
this film is without a doubt, very interesting

i seem to think that they could have got away with a extended cut of this film, and have like alternate outcomes to what was going on
but would still have the same ending but with a sense that, you understand why michael douglas's character
had a hard time with demi moore's character

the scene that made me think that they should have a Extended cut, is where michael douglas and demi moore are in that office alone
yet, apparently rather than having the whole notion that these two were arguing, he could have been more Polite about that scene with moore
as if it were a general love scene between these two co workers

the fail involving the rest of the movie, is when after that scene, moore is so obsessed with getting the tom sanders character fired
that he litterly just goes awall on them thinking "dude, if this person isn't going to be a respectful co worker, then it was my choice to not let her be rude"

but the parts of the film, that kinda give this movie a okay, is when he is talking to his wife and kids
and that the wife helps him through his troubles with his co workers,
and that, evidently he gets the correct help from lawyers to make sure that moore's character was told, no

this film overall has some positive moments, but it does have negative moments which raises questions about workers at the work place, and how things should have been more improved

DocReviewed in the United States on May 23, 2022
3.0 out of 5 stars
How dumb some actors are….
Verified purchase
Michael Douglas played a very stupid roll in this movie….!!

Carlos A. Lopez ValleReviewed in the United States on February 26, 2006
4.0 out of 5 stars
The reversal medal of sexual harassment
Verified purchase
Disclosure is a highly captivating thriller built around the widely accepted idea that sexual harassment is a male prerogative. As clearly established in the Michael Crichton novel and in the film, sexual harassment is a matter of power. In a high-tech electronics corporation, going into a merger, everyone with stock options anticipate to become very wealthy from the deal. Tom Sanders (Michael Douglas), expect to be made head of the division. Meredith Johnson (Demi Moore) a beautiful business executive gets the job.

At a late dusk meeting, Meredith looks for sex with Tom and almost rapes him in her office. Tom is excited but achieve to say "no". Meredith goes angry and cries: "I'll destroy you!". The day after, Sanders is charged of sexual harassment against a female colleague and former lover. The plot goes on and Michael Douglas gives a great performance as he circumvents paranoid panic and does all his possible to avoid to be destroyed. Demi Moore stems power, sex appeal, is convincing as a "victim" and finally explodes in dominant rage. Donald Sutherland also gives a great performance as the Machiavellian CEO pulling the strings and only worried with profit. But above all, the film question us about the possibility of female sexual harassment... Is it possible? What do you think?
One person found this helpful

Robert CarlbergReviewed in the United States on November 26, 2008
4.0 out of 5 stars
Turning Expectations, and Geography, Upside Down
Verified purchase
This little film, last in a long string of Michael Douglas movies where he plays cat-and-mouse with a vindictive woman, is an entertaining romp through brinkmanship office politics. In this case, it is the man who is sexually assaulted, and nobody believes him. Donald Sutherland plays the slimy CEO who is only too willing to sacrifice careers and reputations when his investment is on the line. Twists and turns in the plotline keep the denouement suspenseful to the last scene.

Filmed in and around Seattle, the cinematographers do a good job of capturing some of our great scenery -- but a lousy job of tying it all together. Tom Sanders takes the Vashon auto ferry but arrives in downtown Seattle, not Fauntleroy. Sanders looks out across the sound from his home but sees Seattle -- not Tacoma. His office in Pioneer Square has a view from Queen Anne.... Oh well. At least it's not raining all the time!
2 people found this helpful

JGirlReviewed in the United States on December 29, 2021
5.0 out of 5 stars
Love It !
Verified purchase
Another movie added to my collection of favorite movies.
One person found this helpful

Sabine M.Reviewed in the United States on April 18, 2021
4.0 out of 5 stars
Good movie
Verified purchase
Oldie but goodie... I remember seeing it decades ago and loved it and saw it again and liked it a lot.
Worthwhile for sure.

Joyful LivingReviewed in the United States on March 11, 2019
5.0 out of 5 stars
GREAT Classic Demi Moore Film
Verified purchase
I love buying DVDs rather than using streaming because streaming invariably gets interrupted in one way or another, audio or visual or both, at the most critical time. My husband and I want to make our organic popcorn, sit down in our favorite spots, put our DVD of choice into our Blu-Ray player, and enjoy a stress-free movie experience. This DVD allowed that perfectly AFTER our tension-frought Prime streaming video experience of the night before with Disclosure when the visual turned off just minutes before the climax of the movie. Arrrrrrrgh. The visual didn't come back on. Fortunately, our DVD arrived the next afternoon and we were able to watch it in without any technical difficulties at all. Yay!!!
7 people found this helpful

Kesha ChambersReviewed in the United States on July 2, 2020
5.0 out of 5 stars
A neo-classic you shouldn't miss
Verified purchase
This is a movie about hero's and villains. Antagonist and protagonist. Roma Maffia is excellent in her role as the attorney for Michael Douglas' character, Tom Sanders . He is accusing Demi Moore's character, Meredith of workplace harassment. Donald Sutherland is the ultimate Cooperate Executive Villain and his cohort played by Dylan Baker is a charming two-faced rascal that can't be trusted. It is so good. Gives a peek into the early tech-world too.
See all reviews
Back to top
Get to Know Us
Make Money with Us
Amazon Payment Products
Let Us Help You
EnglishChoose a language for shopping. United StatesChoose a country/region for shopping.
© 1996-2022, Amazon.com, Inc. or its affiliates