Add to Cart
$22.72
+ Free Shipping
Sold by: Blackstone_Publishing
Have one to sell?
Sell on Amazon 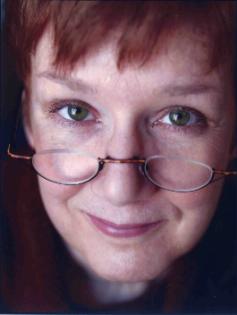 Dispatches from Planet 3: Thirty-Two (Brief) Tales on the Solar System, the Milky Way, and Beyond Audio CD – Audiobook, September 18, 2018

Marcia Bartusiak is Professor of the Practice, Graduate Program in Science Writing, Massachusetts Institute of Technology, and the award-winning author of several previous books, including The Day We Found the Universe. She lives in Sudbury, Massachusetts.

3.6 out of 5 stars
3.6 out of 5
7 customer ratings
How does Amazon calculate star ratings?
Amazon calculates a product’s star ratings based on a machine learned model instead of a raw data average. The model takes into account factors including the age of a rating, whether the ratings are from verified purchasers, and factors that establish reviewer trustworthiness.
Top Reviews

Steve G
5.0 out of 5 stars Another great book by Marcia Bartusiak
Reviewed in the United States on September 18, 2018
I had already read and reviewed “The Day We Found the Universe” by Marcia Bartusiak and I concluded the reviewed by saying that I would like to read more of her books. I was not disappointed in her latest offering, “Dispatches from Planet 3”. The book isn't just a history of astronomy, it's also a story about astronomers, many of whom are unjustifiably lesser known such as Jane Luu, Beatrice Tinsley, and Margaret Burbidge. It's not so much a book as a collection of essays but it reads seamlessly. Bartusiak writes in a conversational way and engages the reader. She has a good sense of humor and explains the science very clearly. I strongly recommend this book for anyone interested in science.
Disclosure: I received a complimentary copy of this book via Netgalley for review purposes.

Kindle Customer
4.0 out of 5 stars Clever and concise
Reviewed in the United States on September 20, 2018
A clever and concise overview of some of the major points in the history of astronomy, broken down into easily digestible chunks, perfect for the reader to dip into when they have a few minutes to spare. The topics covered are diverse, ranging from the reclassification of Pluto to the proof that there was once water on Mars, but in each essay the science is clearly laid out and easy to understand, I was particularly surprised to discover the numerous notable contributions from women in the field and liked that the author did her best to shine a light on some almost forgotten names, as well as the more obvious leaders in the subject.
Read more
3 people found this helpful
Helpful
Comment Report abuse

Richard Warrick
1.0 out of 5 stars Women in Science
Reviewed in the United States on July 29, 2019
This book is a major disappointment. It is simply a collection of her essays, most of which were already published elsewhere. Some of these essays are over twenty years old, and the science therein is badly out of date. One essay was originally written and published 26 years ago.

There is no mention of Higgs or of the W/Z bosons. CERN gets gets a total of five sentences. This is so because the science in these essays has been left far behind in the dust of the exciting advances in theory and experimental high-energy physics that have occurred in the past twenty years. Granted, her focus is on Einsteinian physics, and not the quantum world of Heisenberg and Planck, but the two worlds are becoming inextricably mixed.

Amazingly, there is no mention whatever of the Webb and its incredible potential.

A large portion of her book is devoted to describing the slights and indignities that female scientists had to deal with in the past.

Stick with her "Einstein's Unfinished Symphony" or Dressler's "Voyage to the Great Attractor" instead.

Klaatu
5.0 out of 5 stars Engaging read for the non-astronomer
Reviewed in the United States on September 12, 2019
I haven’t finished the book yet but I am enjoying this collection of essays. It’s a book that provides some history and information on a fascinating topic and is great for someone like me who is interested but not very knowledgeable on the subject.
Read more
Helpful
Comment Report abuse
See all reviews from the United States

Amazon Customer
2.0 out of 5 stars Hardcover book was bent on when it arrived
Reviewed in Canada on May 8, 2019
Verified Purchase
Book came bent. Horizontally across a hardcover book, not sure how that happens. It was a gift for my father. He was ok with it, otherwise I would have returned it
Read more
Helpful
Sending feedback...
Thank you for your feedback.
Sorry, we failed to record your vote. Please try again
Report abuse