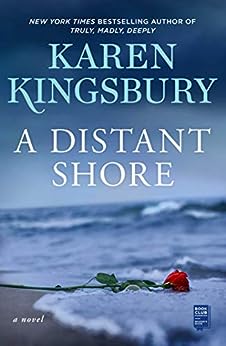 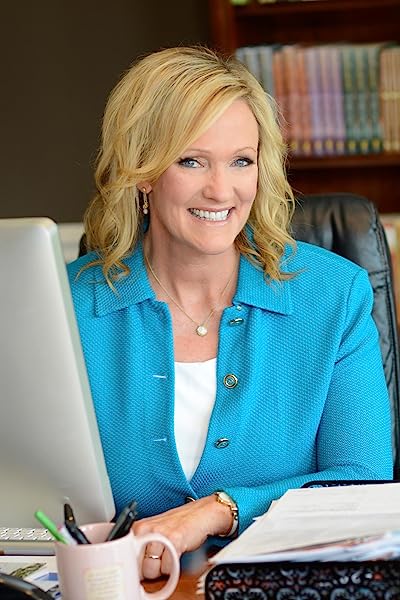 Karen Kingsbury, #1 New York Times bestselling novelist, is America’s favorite inspirational storyteller, with more than twenty-five million copies of her award-winning books in print. Her last dozen titles have topped bestseller lists and many of her novels are under development as major motion pictures. Her Baxter Family books are being developed into a TV series slated to debut soon. Karen is also an adjunct professor of writing at Liberty University. She and her husband, Donald, live in Tennessee near their children and grandchildren. --This text refers to an alternate kindle_edition edition.

4.8 out of 5 stars
4.8 out of 5
328 global ratings
How are ratings calculated?
To calculate the overall star rating and percentage breakdown by star, we don’t use a simple average. Instead, our system considers things like how recent a review is and if the reviewer bought the item on Amazon. It also analyzes reviews to verify trustworthiness.
Top reviews

Ann
5.0 out of 5 stars One of her BEST!!!!!
Reviewed in the United States on May 1, 2021
Verified Purchase
Wow. Just. Wow. Trying to find the words to express and share my feelings for this AMAZING book!! Karen Kingsbury has written one of her best books with A DISTANT SHORE. She has written an eye opening story straight from today's headlines.... focusing on sex trafficking.

A young girl Lizzie James has been taken from her mother and young brother by her own father who runs a sex trafficking ring on the island of Belize. Told that her mother and brother have drown, Lizzie is now known as Eliza Lawrence. While she remains untouched and dubbed as the princess, Eliza sees and hears unthinkable things within the Palace walls. Her father has plans for her twentieth birthday, plans for her to marry a young man whose father runs a drug smuggling business in the states.

Jack Ryder, FBI agent, has taken on many undercover missions in his career and he is about to take on a dangerous one in Belize to stop human trafficking of young girls. His job is to get inside as the man Eliza is being forced to marry and to convince her to help take her father down and free the young girls and herself. Jack 's family vacationed in Belize many times and the last time he was there, he saved a young girl 's life and also lost his best friend. He knew to keep himself focused on the job and not to let those memories resurface.

The connection is instant between Jack and Eliza. The success of the mission has to be flawless. Will Eliza fully trust Jack? She trusts no men. Can Jack convince Eliza to believe him when he assures her he is there to save her and the other girls?
Their story doesn't end after the mission. Eliza is determined to stop sex trafficking from happening to other young girls and boys and Jack is willing to help her cause. She joins the FBI and the two work together undercover. Conversations between the two of them, lead Jack to remember that little girl he saved so many years ago. Could Eliza be that girl? Are feelings between the two of them becoming more than friendship?

I found myself praying for the characters of A DISTANT SHORE. Karen Kingsbury has a way of taking her readers deep within the pages of her books and this book was no exception. Jack and Eliza's story is such a emotional read and yet so full of hope. Two people who have lost so much, but are given second chances at redemption and to find love. A DISTANT SHORE is definitely a page turner, once you start you won't stop until you're finished. Scripture at the start of each chapter filled my heart, such a beautiful touch.

A DISTANT SHORE is a heartbreaking story, but so much promise is found within the pages....Highly recommend. And as always, have tissues.

ToyWill14
5.0 out of 5 stars Don’t miss reading this book!
Reviewed in the United States on April 29, 2021
Verified Purchase
I never write reviews even though I am an avid reader. I have read all of Karen’s books and this is my favorite of them all. She tackles a tough subject with grace and love. Human trafficking is a real and terrible evil. I believe books like this can educate us as well as entertain us. The characters are relatable with real issues and struggles. Like I said I don’t do reviews, never good at them. But this is a must read!
Read more
5 people found this helpful
Helpful
Report abuse

Chanelle Pillay
5.0 out of 5 stars A Distant Shore - a story that pierced my heart in every way
Reviewed in the United States on April 28, 2021
Verified Purchase
This was definitely Karen Kingsbury’s best novel and work of fiction to date. Having devoured every book of hers, this story pierced my heart in all the right ways. The merciful Hand of God and His loving plans for a broken life comes through every page. It will remain one that I revisit every now and then! - Chanelle, South Africa
Read more
3 people found this helpful
Helpful
Report abuse

Fran Stanek
5.0 out of 5 stars A Distant Shore
Reviewed in the United States on May 1, 2021
Verified Purchase
I love Karen Kingsbury's books!!! I always think the book I'm reading currently is her best, until I start the next book. Then that's my favourite. A Distant Shore did not disappoint.
Read more
2 people found this helpful
Helpful
Report abuse

J. M. Grewe
5.0 out of 5 stars Intense but Great!
Reviewed in the United States on April 29, 2021
Verified Purchase
This book deals with a very difficult topic and is more intense than other works by Karen. I could not breathe during the first 10 chapters. I could not put this book down. I was in tears at the end. Fantastic read!
Read more
2 people found this helpful
Helpful
Report abuse

Devonne Kingery
5.0 out of 5 stars Heart wrenching and powerful
Reviewed in the United States on May 1, 2021
Verified Purchase
As always a great read. Bringing notice to a horrible but real issue and weaving the hope of God our savior throughout. I couldn't put it down. The attention to detail and research that had to of gone into the book did not go unoticed. Definitely one of the best books I've read!
Read more
One person found this helpful
Helpful
Report abuse

Kindle Customer
5.0 out of 5 stars Awesome read!!!
Reviewed in the United States on May 10, 2021
Verified Purchase
Karen always leaves us wanting more and this book is no exception. A young girl who grows up in sex trafficking to find hope and courage to make a difference. A young boy who loses his brother and his faith comes to find so much more. A great encouraging story to remind us to keep the faith.
Read more
Helpful
Report abuse

Barbara Day
5.0 out of 5 stars Powerful, Moving, and Unforgettable
Reviewed in the United States on May 9, 2021
Verified Purchase
A Distant Shore is one of Karen's best books ever. She takes a gravely heinous act of human trafficking and educates her readers on this topic, while also providing a beautiful and tragic story with unforgettable characters. Thank you Karen for enlightening and entertaining me at the same time. Karen has a God given talent for writing, thank you for sharing. All glory be to our God.
Read more
Helpful
Report abuse
See all reviews

Kindle Customer
5.0 out of 5 stars The Best Karen Kingsbury Book Ever
Reviewed in the United Kingdom on April 30, 2021
Verified Purchase
I have loved every page of this book. Itself my interest from start to finish. It's up there with Dee Henderson novels and Francine Rivers.
Read more
One person found this helpful
Report abuse
See all reviews