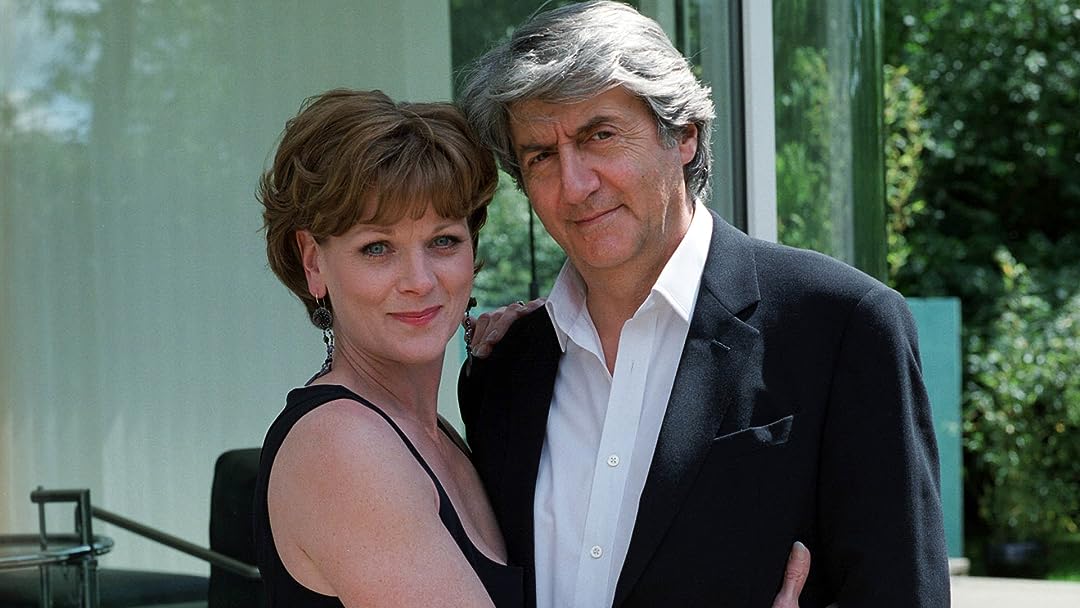 Season 1
(62)
7.3200413+
"DoNovAn" is a powerful psychological thriller starring Oscar-nominated Tom Conti ("Shirley Valentine") as Joe Donovan, a former forensic scientist-turned-author, who finds himself investigating evil crimes and wrongdoings that are often a little too close to home for comfort.

James CooleyReviewed in the United States on March 3, 2018
5.0 out of 5 stars
It's the *Story*, stupid
A slow burn. Can't add much which hasn't been said. Nothing flashy, no Hollywood glamor, just an excellently written plot, good actors, and a director who relies on the story and not fancy camera work to do the job.
18 people found this helpful

House of LovelockReviewed in the United States on March 19, 2018
5.0 out of 5 stars
I want more DoNovAn
My husband acted completely uninterested at first, but then lost track of time as he got sucked in, and stayed up way too late binge-watching this with me. It has all the elements you love about the old time-y murder mysteries. We wish there were more!
13 people found this helpful

ConsuelaReviewed in the United States on February 4, 2018
5.0 out of 5 stars
Agatha Christy Wiuld Be Proud
Starts out very slow--all three episodes culminate into a final ending so there is no need for a 2nd season. The plot seems dull in the beginning but if you stick with it, you will have a twisty plot of a who-done-it concerning many murders. I had a hard time--because I am an American and used to all heroes and heroines being young, lovely looking creatures (Americans are a bit spoiled with fairy tales)--with the main characters looking older, along with the idea of anyone desiring an older woman to the degree this woman was desired. The main female character has a number of flings because her retired detective (but now wealthy due to a 2nd career) husband is neglecting her. All the men she has flings with end up dead in the very same way with her husband's last name written in blood on the walls of the murder victim's, and, of course, her husband is eventually suspected in their murders because since he makes it clear he does not want his wife to leave him. The name Donovan has a D-N-A on it and it is DNA that solves the case. Then her son, who knows about the flings, is, also, suspected. I appreciate how this plot was laid out. Not believable, you might say? --hey, with what is going on in the world today, anything is believable. The ending is a little abrupt, but still very satisfying. This is not a standard American fare of an action plot; however, it is an excellent and intriguingly conspiracy that is well worth the time to watch it, despite what and American audience might consider 'dragging' in content. Agatha Christy would be proud.
24 people found this helpful

AnghoueddReviewed in the United States on February 5, 2019
2.0 out of 5 stars
Slow, boring, hard to believe
The twist at the end (for some value of twist) wasn't what was hard to believe. I saw it coming a mile off. What I can't believe is why so many men were apparently in love with Donovan's wife. (Who I also suspected for about half the show, since she was lying and gaslighting all over the place.) I can't see a single redeeming thing about her. She treated her husband poorly, she took her son's side only against her husband and not against other people, and she seemed incredibly boring. Almost as boring as the overall plot of this show, which could have been done better in half the time. Not a show so much as a way-too-long movie.
8 people found this helpful

This will NOT interest people who only like thriller movies with gory action, shocking violence, car chase scenes and similar. But if you like interesting psychological suspense with quirky characters, you will love this one! There are a few shots of bloody victims - so maybe not for small children. But the majority of the movie is quite tasteful. I found (most) of the characters likable and enjoyed Donovan in particular.

The first two installments are most interesting as there are many possible explanations for the crimes. The third episode makes it quite clear, so less intrigue, but still fun. I think it took about 15 minutes to really get engaging.

If you want violence to bring the excitement, probably avoid DoNovAn. If you like PBS style series and a good, clean, old-fashioned style mystery then this is for you. I rated it 8/10 on IMDB. For Amazon I give it 5/5 because a 4 does not do justice for the amount of fun. Pour yourself a cozy, hot drink and curl up with a blanket for an exciting psychological thriller.
2 people found this helpful

wool girlReviewed in the United States on February 12, 2018
5.0 out of 5 stars
Good mystery
Don't make them like this much anymore. Great show.
12 people found this helpful

Kira S.Reviewed in the United States on January 5, 2020
3.0 out of 5 stars
Another disappointing British miniseries
I guess expectations are high with British series or miniseries but not all of them hit the mark. This one is extremely slow, none of the characters except perhaps the son is particularly sympathetic, and the main character's mental problems are never really explained. Was he faking it? For most of the series I thought the wife was drugging him. She was a real prize. Unfaithful with two different men over a period of six months? The whole thing was a slow burn that didn't really have a payoff at the end worthy of waiting for three hours of red herrings. If we could give half stars, I would give it 2.5 stars.

Amazon CustomerReviewed in the United States on September 30, 2019
2.0 out of 5 stars
Boring.
The plot is interesting but acting is not believable. Very formal. The main character is a forensic expert who finds out that his wife is trying to deal with aging by cheating with multiple men. So he starts an investigation of his own. The problem is that actors do not even look like a couple and their son is probably adopted because he does not look like them. I only watched to the end because I wanted to know what actually happened.
One person found this helpful
See all reviews
Back to top
Get to Know Us
Make Money with Us
Amazon Payment Products
Let Us Help You
EnglishChoose a language for shopping. United StatesChoose a country/region for shopping.
© 1996-2022, Amazon.com, Inc. or its affiliates