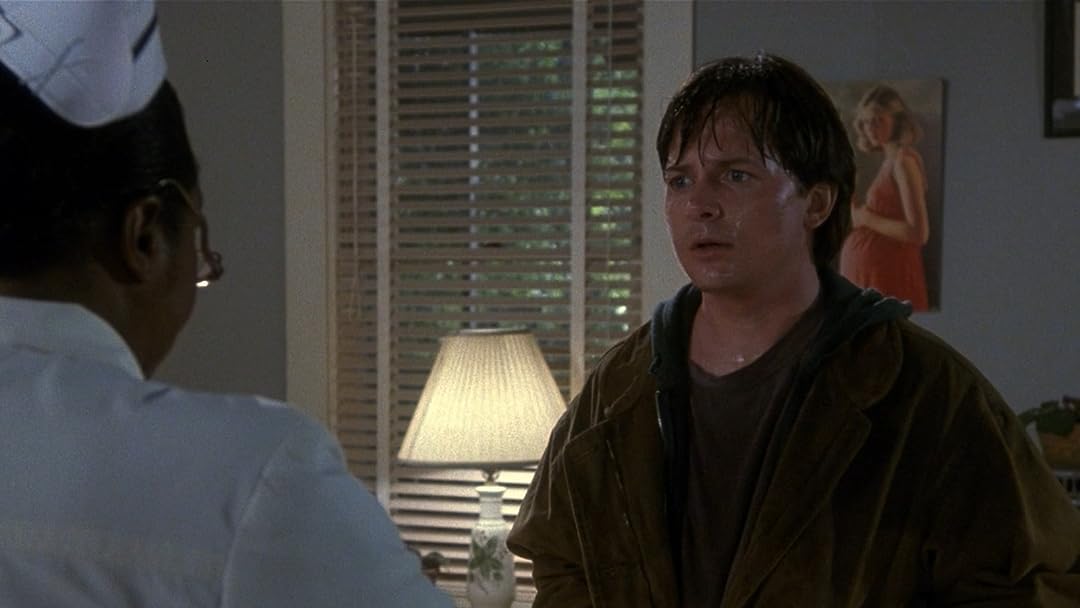 (3,618)6.21 h 43 min1991X-RayPG-13
Michael J. Fox stars in this romantic comedy about a Beverly Hills-bound doctor who gets stranded in a Southern town where he finds himself falling in love, and re-evaluating his life.

RDSReviewed in the United States on March 25, 2018
2.0 out of 5 stars
MOVIE 4 STARTS; DVD QUALITY 0 STARS
Verified purchase
The movie is charming--not five stars, but certainly four. The quality of the DVD is appalling. The color is washed out and the sound is uneven. However, the truly awful thing for me is that the CLOSED CAPTIONING DOES NOT WORK. I bought this movie for my elderly father, who is hard of hearing. I thought he would enjoy it and it would lift his spirits. However, since the closed captioning did not work, he missed the jokes, the subtleties, and a lot of the story line. We turned the sound up all the way, which was uncomfortable for others in the room, but the sound was so uneven that much of the dialog was still inaudible to Dad.
Closed captioning is LISTED on the menu, but is not accessible. When the disc menu is on the screen, the ONLY accessible options are "start movie" and "jump to scene." It is impossible to move the cursor to the left side of the screen and click on "closed captioning." I have watched many, many DVDs on many different DVD players. Activating closed captioning has NEVER been a problem for me on ANY device. This is a WarnerVideo problem; they took a charming movie and produced a cheap, nonfunctioning DVD.
12 people found this helpful

Jamie BelangerReviewed in the United States on December 20, 2016
5.0 out of 5 stars
Widescreen, confirmed
Verified purchase
The recent release (July 2016) is a Warner Archive disc as pictured, meaning that it is manufactured on demand. The packaging looks good, the disc has purple dye like a cheap burn, but there is a professional label attached and the packaging overall looks like any other DVD in my collection. I had no issues playing it. The only "special" is the original trailer. But the movie is indeed the WIDESCREEN transfer that we've been waiting for, and the picture looks good. It's formatted 1.85:1 so it fills a standard 16:9 TV screen.

This is finally a version of the movie worth paying $15 for.

teols2016Reviewed in the United States on June 21, 2014
5.0 out of 5 stars
Doc Out Of Water...
Verified purchase
Watch what happens when an arrogant doctor, played by Michael J. Fox, on his way to the cushy life of a plastic surgeon in Los Angeles, gets sidetracked when he becomes stuck in the small (fictional) town of Grady, South Carolina. There, he meets the quirky locals as he is forced to do community service at the local hospital after he accidentally mowed down the local judge's fence with his car (no, no conflict of interest whatsoever in this case...someone have an ethics book I can check to be sure?) These include the jovial mayor, played by David Ogden Stiers, the stern judge, played by Roberts Blossom, and the local resident doctor, a veteran of the medical field played by Barnard Hughes. As our doctor becomes more and more eager to leave, his mind may or may not be changed by the sight of the local ambulance driver, a pretty tom-boy played by Julie Warner. This was a funny film that thankfully never tried too hard. It just told the story and let the jokes fall where they may. I personally liked the older doctor very much...he was unconventional but knowledgeable, both about medicine and the town. Believe it or not, I'd want a guy like him as my physician. But Fox and Hughes worked well together and never tried too hard...their on-screen antagonism showed as a result. I will just go ahead and recommend this film as it's nice for any Friday night where you just wanna stay home and kick back in front of your own big screen. It's a Michael J. Fox classic. Enjoy.
8 people found this helpful

De Vliegende HondensleeReviewed in the United States on December 17, 2019
5.0 out of 5 stars
Sunshine and Squash for everyone!!
Verified purchase
The writing sparkled and there was magic in the air - excellent chemistry between Warner and Fox. The Director created a happy world that offered a pleasant diversion from modern mayhem.
5 people found this helpful

Ed K.Reviewed in the United States on February 27, 2021
4.0 out of 5 stars
Great movie!!
Verified purchase
Didn;t like the movie at first, but after viewing several times on VHS, have come to like it. To some extent I've come to like itdue to it's small town setting. Back in the 1970's when my small hometown started what is called "Sweet Corn Days", they had a lot going on to having a queen for the weekend in late July, along with a parade of various vehicles and farm tractors. Now that I am back living in my hometown after being away for 42 years, the town's Sweet Corn Days is just a shell of it's former self. So this movie brings back some of those memories....!
One person found this helpful

Amazon CustomerReviewed in the United States on September 25, 2018
5.0 out of 5 stars
Delightful comedy.
Verified purchase
If you haven't already seen this film, there is no better time than now to get it on blu ray. Unfortunately it has no extras, but the film is an absolute treat. Witty script, perfect timing throughout the film. Michael J Fox is superb, as is the rest of the cast, incl. Judy Warner,Woody Harrelson, Bridget Fonda, David Ogden Stiers (Charles in MASH tv-series) and a nice cameo from George Hamilton. Highly recommended for people who likes, or are in need of a good laugh.
2 people found this helpful

David M. FeeleyReviewed in the United States on July 14, 2021
5.0 out of 5 stars
a feel-good video
Verified purchase
I got this for my wife, who is a Michael J. Fox fan. I had seen it on TV and the actual video has some unexpected scenes. We both enjoyed sitting together and watching it. Nicely done, feel-good movie. Blue-ray version is clear, and the sound is good.

Cobra489Reviewed in the United States on September 16, 2020
5.0 out of 5 stars
Great movie at a great price
Verified purchase
if comedy relief is what you seek, this is one of the best movies for just watching and relaxing. yes, it's a boy meets girl movie but with several twists that will keep you entertained along the way. fast shipping does not hurt either.
See all reviews
Back to top
Get to Know Us
Make Money with Us
Amazon Payment Products
Let Us Help You
EnglishChoose a language for shopping. United StatesChoose a country/region for shopping.
© 1996-2021, Amazon.com, Inc. or its affiliates