If My Dogs Were a Pair of Middle-Aged Men and millions of other books are available for Amazon Kindle. Learn more 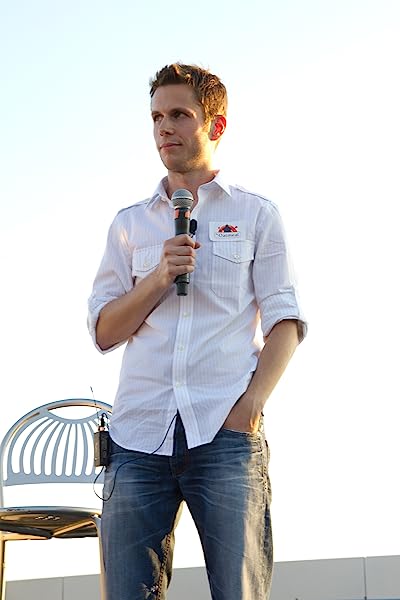 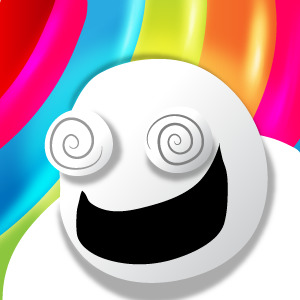 by The Oatmeal (Author), Matthew Inman (Author)
4.6 out of 5 stars 385 ratings
See all formats and editions
Sorry, there was a problem loading this page. Try again.

From the Eisner Award-winning creator of The Oatmeal and #1 New York Times bestselling author of How to Tell If Your Cat Is Plotting to Kill You comes this charmingly absurd gift book about man’s best friend.

In If My Dogs Were a Pair of Middle-Aged Men, Matthew Inman imagines, to hilarious effect, what life would be like if his dogs were a couple of old men running around his house. The result is a pitch-perfect gift for any dog owner.

"Bottom line: this comic made me laugh until my sides hurt, and it made me feel closer to my pups, too." (Kelsey McConnell, ComicsVerse)

Matthew Inman is the Eisner Award-winning creator of The Oatmeal and the #1 New York Times bestselling author of How to Tell If Your Cat Is Plotting to Kill You. Matthew also co-created the popular Exploding Kittens card game. Since being founded in 2009, his work on TheOatmeal.com has been read by over 300 million people.

Start reading If My Dogs Were a Pair of Middle-Aged Men on your Kindle in under a minute.

The Oatmeal is a comics and articles website created in 2009 by cartoonist Matthew Inman (born September 24, 1982), who uses the comic's name as his nickname. The website features comics drawn by Inman, quizzes, and occasional articles. Inman lives in the Fremont area of Seattle, Washington, United States, and his second published collection is How to Tell if Your Cat is Plotting to Kill You.

4.6 out of 5 stars
4.6 out of 5
385 global ratings
How are ratings calculated?
To calculate the overall star rating and percentage breakdown by star, we don’t use a simple average. Instead, our system considers things like how recent a review is and if the reviewer bought the item on Amazon. It also analyzes reviews to verify trustworthiness.

S. S. Conover
5.0 out of 5 stars Thanks to some random guy on Craigslist...
Reviewed in the United States on July 7, 2020
Verified Purchase
... that I never met, I have been following the Oatmeal for years now! I even bought my type A personality, music teaching, grammar correcting, church choir directing aunt his "How to Tell if Your Cat Is Plotting to Kill You" book and she loved it! I've bought a number of his games and expansion packs and they're always the hit of the party! Whenever I need a sarcastic laugh, I just go to his website and I always find something to get me rolling! I just hope he didn't get chopped in the CHAZ!
Read more
2 people found this helpful
Helpful
Report abuse

PrimeMember
5.0 out of 5 stars I laughed so dang hard:
Reviewed in the United States on December 31, 2018
Verified Purchase
I've appreciated several of The Oatmeal's other creations with How to tell if your cat is plotting to kill you, 5 very good reasons to punch a dolphin in the mouth, and why grizzly bears should wear underpants. Of all of the comics posted on the website and in the other collections (including The terrible and reasons why I run long distances), this one merits the publication in just its short volume. You won't be getting a large collection here, but the one titled is worth the read. The premise is ridiculous and the majority of jokes, mostly hilariously disgusting, kept me very much entertained. I'm keeping this one on the coffee table.
Read more
3 people found this helpful
Helpful
Report abuse

Amazon Customer
1.0 out of 5 stars Book is very short and too high of price. 1 minute of entertainment. Not a buy.
Reviewed in the United States on January 23, 2021
Verified Purchase
It was very funny but the whole book could have been done in a 2 page comic strip. Soured me on "The Oatmeal" Author. Yes your very funny, but the price to amusement cost was off the charts low for this work. Try not to screw over your fans or like me, they wont even look you up anymore.
Read more
One person found this helpful
Helpful
Report abuse

Christy Rose
2.0 out of 5 stars Funny but very short
Reviewed in the United States on January 3, 2021
Verified Purchase
I was hoping this was more than 6 comics total but it is not. It’s a small book. I wanted more but I didn’t read the description. It did make me laugh though.
Read more
One person found this helpful
Helpful
Report abuse

Thomas
5.0 out of 5 stars Hilarious book
Reviewed in the United States on August 29, 2019
Verified Purchase
Every single book I've seen from The Oatmeal has been absolutely hilarious, and this is no exception. I highly recommend this to anyone who has a good sense of humor.
Read more
Helpful
Report abuse

Judy M Bryan
3.0 out of 5 stars A Little Disappointed
Reviewed in the United States on May 15, 2019
Verified Purchase
I guess I compared The Oatmeal’s “My Dog The Paradox” to this book. Not close. No offense to The Oatmeal but “If My Dogs Were a Pair of Middle-Aged Men” was a little pricey at $5 for the content. Love The Oatmeal.
Read more
One person found this helpful
Helpful
Report abuse

Amazon Customer
5.0 out of 5 stars A continuation, of what i enjoy by this author.
Reviewed in the United States on December 17, 2017
Verified Purchase
A short book, but, exactly what I hoped from the author! To me, worth the purchase. I've already shared it with a coworker, who enjoys the authors previous work, and also has two dogs. If you enjoy the earlier books, you won't be disappointed.
Read more
Helpful
Report abuse
See all reviews

Dawn
5.0 out of 5 stars Hilarious, Matt Inman does it again!
Reviewed in the United Kingdom on April 1, 2019
Verified Purchase
I've bought The Oatmeal books ever since they were released so of course I had to get this. It's smaller than most of Matt's books (which are normally between A5 and A4, this is smaller and square) but still packed with jokes galore. Expect Matt's dry and witty humour at its best! As a dog owner and the wife of a grumpy middle aged man, these are so spot on. 😂
Read more
2 people found this helpful
Report abuse

Matthew
5.0 out of 5 stars Hilarious, but short!
Reviewed in the United Kingdom on March 10, 2020
Verified Purchase
If you don't get animals you won't find it remotely funny.
I thought it was awesome & so spot on.
Only problem is that you can read it all in about 3 minutes, but saying that I have read it several times & it's still as funny every time.
"The Dog Paradox" is just as funny but a little more 'graphic' shall we say.

Kindle Customer
5.0 out of 5 stars wonderful book so funny
Reviewed in the United Kingdom on August 30, 2021
Verified Purchase
from the writer creator "the oatmeal" this is an amazing little book full of halarious cartoons i love it
Read more
Report abuse

Amazon Customer
5.0 out of 5 stars Funny and quirky
Reviewed in the United Kingdom on June 3, 2019
Verified Purchase
Bought this as a Christmas gift to a friend. It is a really funny and quirky book which I love. I buy a lot of these products and I am yet to be disappointed
Read more
2 people found this helpful
Report abuse

Marie
5.0 out of 5 stars Hilarious
Reviewed in the United Kingdom on September 5, 2020
Verified Purchase
If you have dogs, this is for you! You'll know. Great gift for someone with a sense of humour.
Read more
Report abuse
See all reviews
Back to top
Get to Know Us
Make Money with Us
Amazon Payment Products
Let Us Help You
EnglishChoose a language for shopping. United StatesChoose a country/region for shopping.
© 1996-2021, Amazon.com, Inc. or its affiliates