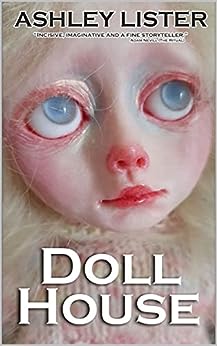 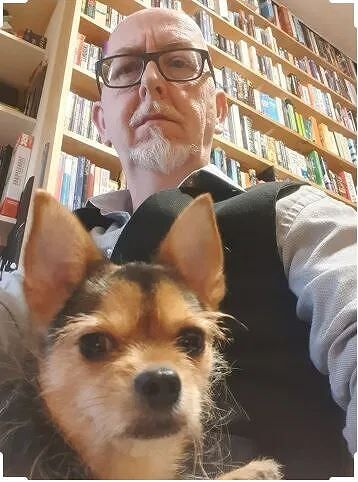 by Ashley Lister (Author) Format: Kindle Edition
See all formats and editions
Sorry, there was a problem loading this page. Try again.
Following the death of his best friend, author Ben Haversham is crippled by a terminal case of writer’s block. The isolation of his agent’s remote cottage, nestled in an out-of-the-way village, seems like the ideal location for him to rekindle his creativity. Except, Sandalwood village, with its curious museum the ‘Doll House’, is not as idyllic as it first appears. There is a history to Sandalwood. There are nefarious plots and dark secrets held by the sinister souls who reside in Sandalwood. And there are dark and dangerous characters determined to keep those secrets. Even if his ghosts hadn’t followed him to Sandalwood, Ben discovers that he would still have been haunted by the many malevolent spirits that reside in the village beneath the shadow of the Doll House.

From the book:
The doll stared at Tina.
From the moment she awoke in the morning, until she finally managed to creep out of the bedroom and escape its insistent glare, the doll fixed Tina with its sightless open-eyed gaze.
The doll stared at her whenever she revisited the bedroom in the day, either to find a change of clothes for a dinner engagement, or simply to collect a thicker jumper to stave any early evening chill that gripped the cottage. The doll stared at her when she returned to the bedside cabinet to retrieve whichever book she’d fallen asleep reading the previous night. The doll stared at her as she drifted uneasily to sleep on the lumpy comfort of the sagging mattress.
One eye was a muddy brown. The other, the one that always drew her attention, was impossibly blue. On a human child it would have been described as the blue eye of a cherubic angel. Poets would have called it the blue of an unpolluted ocean or the blue of an idyllic summer sky. Tina had started to think of the eye as satanic-blue. She had started to think of it as satanic-evil-blue with a slight hint of psychotic malevolence. Compared to the acrylics she was currently using, Tina thought the closest colour on her palette was manganese-blue, although that seemed less disquieting than the shade she saw in the doll’s eye. She would have agreed it was impossibly blue, but she would never have said it was a blue that could be associated with something pleasant like an ocean or a summer sky.
She awoke just after three in the morning to find the doll glaring at her. The satanic-blue eye was sharpened by a red glow. Tina told herself that the additional colour was nothing more than the reflection from the LED on her bedside clock. The doll’s eyes were glassy and round and she figured the orbs were likely to collect and reflect any light in the room.
It was a conversation she had often had since moving into the cottage. She told herself there was nothing creepy or supernatural about the way the doll glared at her. She told herself the doll wasn’t really glaring. It was only a doll, and dolls didn’t have the ability to glare. That was a humanising talent she had bestowed on the thing with her own hyperactive imagination. Her agent, John, had said as much when she told him about the way the doll glared.
“Are you doing too many pills?” he’d asked. “Or not enough?”
“It’s creepy,” Tina insisted. “It glares at me.”
“It doesn’t glare at you,” John said. “It’s a doll. It’s inanimate. It can’t glare.”
But John had said those words in daylight. He had said those words downstairs at the kitchen table, away from the doll, where it was easy to believe such plausible truths. Now, it was the middle of the night and she was alone with the thing. The darkness in the bedroom was broken only by a sliver of errant moonlight and the red glow from the bedside clock with its figures showing 3:10AM. Despite everything John had said to her, Tina knew the doll was glaring.
“If it disturbs you so much, why don’t you get rid of it?” John had asked.
“It was a gift. I can’t get rid of a gift.”
Read more
Previous page
Next page