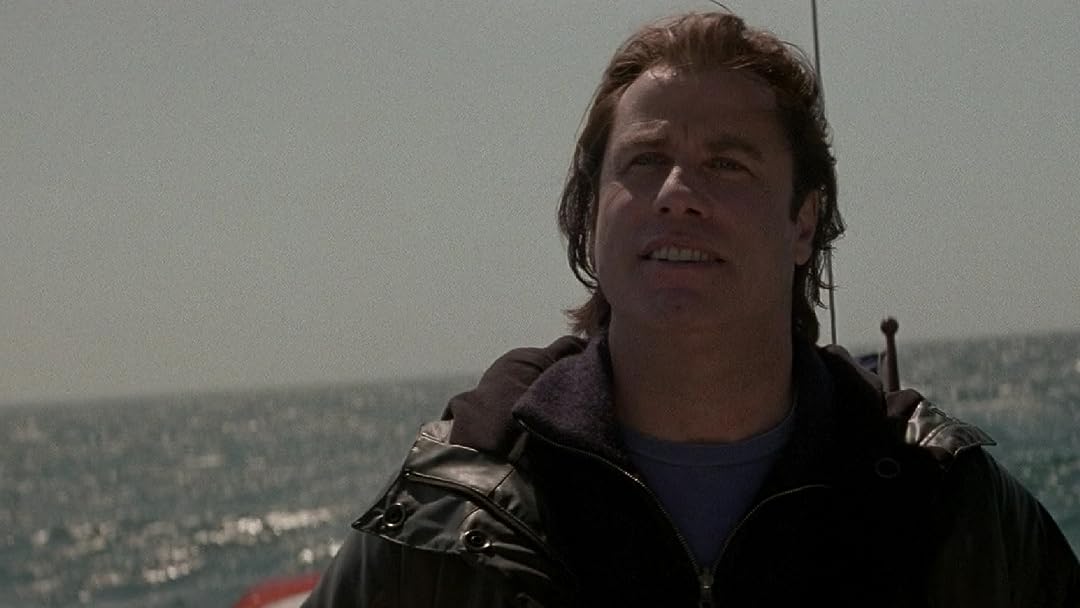 deeReviewed in the United States on July 22, 2020
2.0 out of 5 stars
Multiple awards for laziness
Verified purchase
Lazy parents doing a horrible job protecting their child. Lazy police detective who is dreadful at his job. (Any rookie PI can do a background check.) Lazy writing and direction. (Could have been a good flick with a little actual effort.) And let's not forget the lazy big-a employees responsible for putting out a made for tv version which dubs out censored language. Results are in. Hollywood producers win the award again for a truly lazy greedy sloppy product.
17 people found this helpful

Amazon CustomerReviewed in the United States on August 15, 2020
1.0 out of 5 stars
Infuriatingly stupid plot leaves you yelling at the screen about how stupid people are
Verified purchase
Movie ruined by ridiculous plot points. Many instances where people make stupid choices just to move the plot along. For example his son reports witnessing a murder and the police bring the accused murderer into the interrogation room while he is trying to explain his story only to be ignored. Boy has chance to tell a judge his step dad threatened to kill him and doesn't because he was threatened beforehand. Could have easily gotten out of the house. Mother hears son say he witnessed her new husband kill a man and won't believe him at all. New dad's story about his money is he invested in a drug which made a lot of money in the stock market and no one asked him what drug it is which could easily be checked for truth and whether investment was made. NO ONE can do a simple back ground check including the POLICE to discover obvious lies in man's background. You are finger printed when you are arrested and new dad was arrested previously and POLICE don't even run his prints through the FBI database which existed even in 2000. And many more.
5 people found this helpful

T.D.Reviewed in the United States on August 11, 2018
2.0 out of 5 stars
SO RIDICULOUS
Verified purchase
Was fairly enjoying the movie until after the murder in the interrogation room it became so ridiculous and absurd I stopped watching- Then I tried to give it another chance but then it happened again when the father tried to pick up the boy at school and the subsequent conversation with the black police officer after he got arrested for kidnapping his own son. WOW this movie does not age well.... SO RIDICULOUS how they people act and the situations they are in as tthe two above.
14 people found this helpful

GeorgeReviewed in the United States on August 2, 2020
1.0 out of 5 stars
Ridiculous times 2
Verified purchase
The guy was stabbed in the back with a 2 in knife and he dies immediately? No blood anywhere in the vehicle even thou he was face up for the duration of the trip to the brick house? Yea, right ! Police sergeant needs to resign, couldn't do a basic investigation. So predictable.
8 people found this helpful

Billy BoyReviewed in the United States on December 23, 2020
1.0 out of 5 stars
Good actors bad screenplay.
Verified purchase
As another reviewer pointed out, the show failed during the interrogation room scene. So any things wrong! Spoiler alert. You can't bring an alleged murder suspect into the room with the accuser. Doesn't matter the relationship. Then it went downhill from there. Everyone behaving as if the kid, who grew up in the town was crazy and the murderer, who had appeared in town recently, with no past was above reproach. Painful to watch after that point. The custody hearing was just as bad. When you have a murder and someone sees it, the man who was murdered, disappears, the Sargent refuses to acknowledge forensics could determine if the ashes contained human remains. So many things the police could to to corroborate the kid's story (check the ashes, check for kid's foot prints, do a better job of checking the Suburban, check for fresh wet tracks in the building), but it was as if they all were under mass hypnosis to disregard a common sense investigation. Even the fight scene at the end was horrible. Travolta ran in like an old man. As a guy working building boats all his life he should have knocked Vaughn senseless. I would have given it one or two more stars, if it hadn't been such an insult to common sense, parenting and law enforcement.
One person found this helpful

1.21 Jiggawatts!?!Reviewed in the United States on August 16, 2020
3.0 out of 5 stars
6.5 out of 10 stars
Verified purchase
6.5 out of 10 means worth watching (if the description sounds interesting to you), and maaaaaaaybe worth watching a second time after a few years. 6.5 is also a 'better than average' movie. By a small margin.

The movie is constructed very simply. It works, in this case (no need for complicated BS).

As a point of reference, I really like Vince Vaughn as an actor and generally love the movies he chooses to be in. Travolta is somewhat hit and miss. They both worked well in this story.

This movie isn't meant to be high art -- it's basic entertainment. I think the producers succeeded in achieving the purpose of the film. If you want to look deeper, it does have a few sparse things to say.

This is the kind of movie I feel like I've seen before, but can't quite remember. Good, but not excellent.

Elizabeth BrownReviewed in the United States on July 31, 2020
5.0 out of 5 stars
Suspenseful and engaging
Verified purchase
From the get go, top notch suspense and intrigue. Although predictable, the acting is from three of the best, Travolta, Vaughn, Buscemi and even O'Leary as the boy did nice job! Vaughn so versatile, played a great creepy, sociopath, and Travolta, a doting protective father---a natural. Teri Polo always shines and meets the mark in this one irking viewers with her clueless naïveté (regarding the situation).
3 people found this helpful

Jane HayesReviewed in the United States on July 15, 2020
5.0 out of 5 stars
Great acting. Very suspenseful.
Verified purchase
Some of the story line is ridiculous and I hope wouldn't happen in real life, but it probably does. Great acting. Beautiful area. It was filmed mostly in Southport, NC. I always like John Travolta.
4 people found this helpful
See all reviews
Back to top
Get to Know Us
Make Money with Us
Amazon Payment Products
Let Us Help You
EnglishChoose a language for shopping. United StatesChoose a country/region for shopping.
© 1996-2021, Amazon.com, Inc. or its affiliates