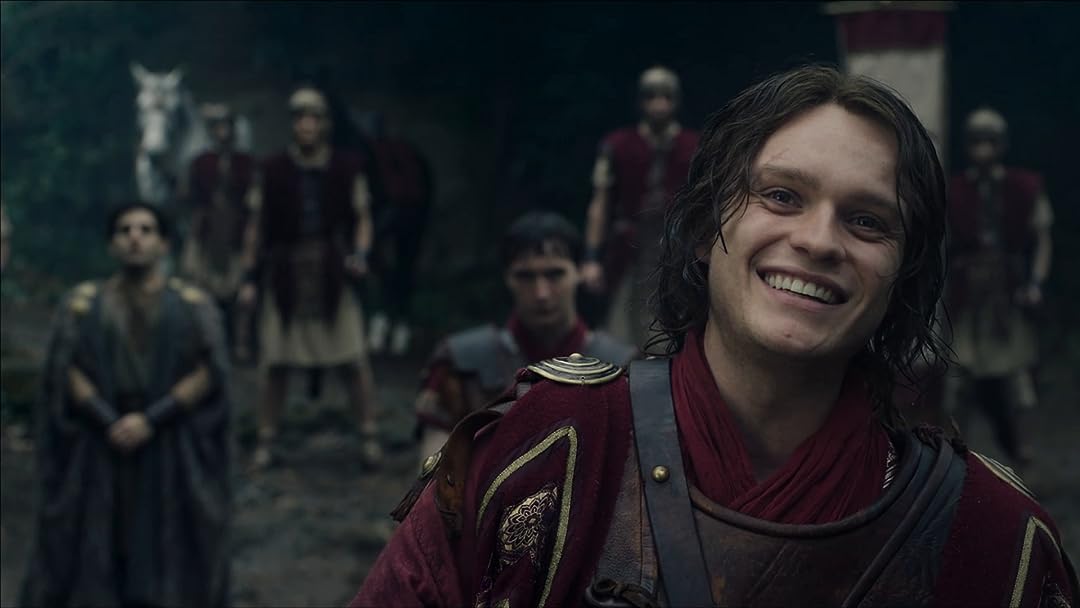 MysticahReviewed in the United States on July 15, 2021
3.0 out of 5 stars
Why aren't all episodes available to Epix subscribers through Prime video?
So who is limiting content for Prime video subscribers, Epix or Amazon? All episodes of Domina and War of the worlds have already aired on live tv and are available through other streaming services, so why aren't they available through Prime? We've been enjoying this and a couple other Epix originals and I like the convenience of subscribing through Prime video channels, but I will go elsewhere if this keeps up.
21 people found this helpful

francisco brambillaReviewed in the United States on June 13, 2021
2.0 out of 5 stars
I Clavdivs and ROME mix
More of the same. Less Exiting than PBS-- I Claudius-- and less blood than the series ROME. It seems it is a biopic of the infamous Livia, Emperor Augustus of Rome. Mother of Tiberius Caesar.
Ok Acting, ok script, ok backdrops.
I wouldn't pay more than .50 cents per episode.

hunner holleymanReviewed in the United States on June 14, 2021
5.0 out of 5 stars
Some idiot put two stars on here and made it seem like it wasn’t awesome
Way better than Rome very historically accurate. And shows exactly who she was. Her son was the emperor that was in power when Jesus was crucified it will be interesting to see how they fit that in at some point.
13 people found this helpful

The DOTKUReviewed in the United States on June 20, 2021
4.0 out of 5 stars
How long has it been since ROME?
I was really disappointed when what is STILL my favorite show ever produced didn't continue. This isn't quite on the level of Rome but it is still much better so far than most series. The fact that the entire cast was suddenly switched out was a letdown but I was able to get past it to keep watching. I want to be able to binge this and it's going to be hard to wait another week. It got me to sign up for some subscription I will probably quit after the trial unless this is the kind of content consistently being put out.
8 people found this helpful

Scribbled Dreams and Enchanting ThingsReviewed in the United States on June 26, 2021
4.0 out of 5 stars
GOOD SHOW.
But I didnt like the change of actors in the third episode. It's odd that they did that and it really turned me off to watching it. The acting changed with the new actors and I had just began to connect with the first actress to play Livia Drusilla. I found that a bit annoying and while I did do a free trial of Epix just to watch the show I am not convinced I will continue the subscription because at episode three it kind of lost my interest due to that different and major change to the casting.
7 people found this helpful

faizashReviewed in the United States on June 26, 2021
4.0 out of 5 stars
Really nicely done
I have watched "I Claudius" and "Rome" so I was initially wary of this series. But when I read it was to take more the POV of Livia I was intrigued. Livia, as we all know, was infamous for her political calculations as well as being the devoted wife of Augustus so to see a series portraying her was interesting. I am actually kind of impressed they managed to get some of the major events correct in terms of who was married to who (Wich HBO's rome skipped out on, let's be honest) and they do seem to care for getting everything as historically detailed as they can, to my eye and knowledge. however I did notice they did take time lapses which sort of bogged us down like you had to be made aware "it was a year after such and such event" and they really tried to put in as much history as they could within the first 2 episodes. Anyways I am liking it so far much to my surprise. Can't wait to watch more
7 people found this helpful

Timothy McDonaldReviewed in the United States on June 29, 2021
3.0 out of 5 stars
For partial relief of your Rome cravings
Not nearly as good as Rome, but there are a few interesting bits to enjoy. I am enjoying some of the political intrigue and rivalry among the children. It is somewhat refreshing to see how different some cultures are and what type of behavior is considered normal.
I did not like the cast changing in episode 3, pretty disappointing to say the least
Child bearing note: For some reason they use an excessive amount of film time to show women screaming and giving birth. It's one thing when it is your own child being born, but I am not really a fan of watching other women screaming in pain for a long period of time and giving birth. Pretty uncomfortable to watch
6 people found this helpful
See all reviews
Back to top
Get to Know Us
Make Money with Us
Amazon Payment Products
Let Us Help You
EnglishChoose a language for shopping. United StatesChoose a country/region for shopping.
© 1996-2021, Amazon.com, Inc. or its affiliates