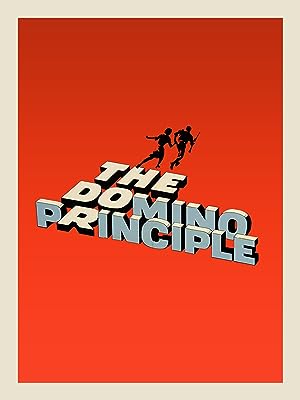 (70)
5.71 h 41 min1977R
A Vietnam War veteran, imprisoned for murder, is offered his freedom if he accepts to undertake a contract killing for a shady organization.

Douglas PayneReviewed in the United States on November 11, 2018
2.0 out of 5 stars
Could have been good
Verified purchase
A strange conspiracy film that is not exactly a top-shelf paranoia pot-boiler, but fun to watch anyway. The story is muddled beyond comprehension, which is no doubt the point, and oddly mixes the 1967 Edgar Wallace film “Der Mönch Mit Der Peitsche” (The Monk with the Whip) with Alan J. Pakula’s “The Parallax View” – to surprisingly less credible effect (in both cases).

This 1977 film – from former actor Adam Kennedy’s 1975 novel – looks and feels anachronistic in every respect. It’s over-lit, like a 1960s Technicolor film (emphasizing that such dark deeds all happen in broad daylight), and its Carter-era origins suggest a time when Americans – and filmgoers and film studios – were exasperated with this sort of thing and no longer believed such conspiracies could exist (even though the House Select Committee on Assassinations was convened the year before).

In the age of “The Conversation,” “Night Moves” and “Taxi Driver,” “The Domino Principle” feels hackneyed (the opening montage isn’t as scary as it is silly – like one of those ephemeral films from the fifties), cliched (the constant Kafka references are pedantic in the extreme) and, frankly, so overcooked and underwhelming as to be unbelievable.
Who organizes all this and, more importantly, who pays for it all? How come everyone has a ready rifle, handy getaway cars and loads of briefcase bombs? We don’t even know who the assassination target is, which, of course, suggests that anyone can be killed (duh), but also doesn’t give the audience much of a chance to get concerned about whatever’s going on. Director Stanley Kramer, who directed more than a few big-budget hits in the fifties and sixties, just doesn’t seem to have a feel for the story he’s telling here and seems unable to connect with a seventies audience. The result feels like an overpriced and overlong episode of a TV show.

Even Gene Hackman seems out of place, like he wandered into some Clint Eastwood movie. Apparently, he turned down several very important roles in much more memorable films just to do this one. Still, it is only Hackman who delivers a compelling performance. Richard Widmark seems competent enough in his underwritten part, though he doesn’t have the handler’s necessary tension of promise and threat or hope and menace (think of Richard Boone, Cliff Robertson or even Donald Sutherland).

Edward Albert (in his first bad-guy role!) is always fun to watch, but he, Ken Swofford, Candice Bergen and Mickey Rooney all seem to think they’re in some other kind of movie, perhaps a (black) comic conspiracy like “Winter Kills,” the 1974 novel that had been two-thirds filmed by 1976, but not released until 1979. It would have been better if it were played for laughs. But, here, you get into San Quentin and see real prisoners – and the Costa Rica scenes are all nicely shot. The aerial scenes are all impressive and it looks like Hackman did his own stunt work.

As it is, you may well lose all patience two-thirds of the way in, but you’ll probably wait it out until the bitter but far too predictable end. Like all wrecks, you can’t help but watch. And this is one slick wreck of a movie.

Americo ZeccardiReviewed in the United States on January 7, 2021
3.0 out of 5 stars
Context brings this into focus
Verified purchase
"I'm told a lot of people didn't understand it," said Hackman of The Domino Principle. "I didn't understand it either."

Growing up in the Seventies as a moviegoer we were inundated with the zeitgeist of the era- conspiracy theories and disaster films prevailed, a reflection of our collective angst as a country. Having seen most of them either during their initail theatrical runs or later on video, this was one that I never did get to view. It wasn't out long in theaters and even though it has a hefty cast, never achieved cult status either. Truth is, it entertains but only if you have some memory of those times. Otherwise, I fear this has not aged well and it has a swiss-cheese script that isn't worth trying to figure out. But Gene Hackman makes it watchable with his bloodied-but-unbowed world weariness. Not on a par with other genre flicks like The Parallax View, Three Days of the Condor, or the eminently superior The Conversation (which also starred Hackman), if you appreciate Watergate-era paranoia films this is worth a look. 2 1/2 stars.

TJMReviewed in the United States on January 25, 2021
4.0 out of 5 stars
Better now than when first released
Verified purchase
What I mean by that is, when I first saw this film in it's original release it felt a little too cliche' - but as time has passed, it may be more long sighted than first given credit. It's appeal just couldn't be believed by anyone. The them syndrome, almost hackneyed then seems to be even stronger now in American society then back when it saw its first screenings. This reaches out to the everyman (as Hackman portrays) who feels he's being conditioned by Them who ever Them may be. What seemed odd back in the late 60's was, in this film, at every turn someone had a bomb to use to wipe away any sign of Them out there but today with militia's gathering in communities around the US led by conspiracies, it's not so far fetched anymore. Weird in its way.

Amazon CustomerReviewed in the United States on February 6, 2021
2.0 out of 5 stars
Ranks right up there with the typical '70s CBS movie of the week : |
Verified purchase
The crying forlorn woman.
The jaded surly combat vet.
The squirrely prison pal with a big mouth.
The unseen forces ranging against them all.

Sheesh, you get the picture. Hackman is very lucky that this didn't derail his career, because it smacks of a thrown together fluff piece to go up against ABC's "Fantasy Island".

And it would have lost.

The first 30 seconds of this tone-deaf maudlin play on film beats you over the head so hamfistedly, that you should have enough right there to turn it off.

Michael RobertsReviewed in the United States on August 16, 2020
4.0 out of 5 stars
What's not to like?
Verified purchase
Great acing and cinematography. Others may have problems with the lack of a clearcut villian with defined goals but, for me this is what sets it apart. While not being spoonfed all the details in a neat pakage feels awkward, such is the world it would have us ponder.
One person found this helpful

tradesmanReviewed in the United States on September 12, 2020
5.0 out of 5 stars
There are Actor's then there are 2000 and beyond cheese please
Verified purchase
If you need the movie to close with a disney ending then maybe todays movies are for you. On the other hand if you like movies like 3 days of the Condor, Marathon Man, and parallax View, then this one you may enjoy. Gene Hackman, Richard Widmark, Mickey Rooney, and Eli Wallach all top shelf actors, this is a one off different plot not at all predictable.

czs712Reviewed in the United States on May 16, 2020
2.0 out of 5 stars
If you like movies without an ending, you will love this one.
Verified purchase
I liked the story, the writing, the acting, and the cast until the movie stopped in the middle of the story. If you know who Franz Kafka is and like his writing, this is a movie for you. If you are like the rest of the movie viewers, you won't. On more thing I do not understand, why cast Candice Bergman in a role which pretty much succeeds in making her face look bad?

Nicholos X. CaudilloReviewed in the United States on November 29, 2020
1.0 out of 5 stars
Tin hat origin story
Verified purchase
And people wonder where the Conspiracy Theory movement comes from. Typical Hollywood "they" own the world garbage. 70s flavored, For shame Eli, Richard and Gene, for shame. Eli obviously was hamming it, Richard paychecking it and Gene under contract. A film for psycho babblers only.
See all reviews
Back to top
Get to Know Us
Make Money with Us
Amazon Payment Products
Let Us Help You
EnglishChoose a language for shopping. United StatesChoose a country/region for shopping.
© 1996-2021, Amazon.com, Inc. or its affiliates