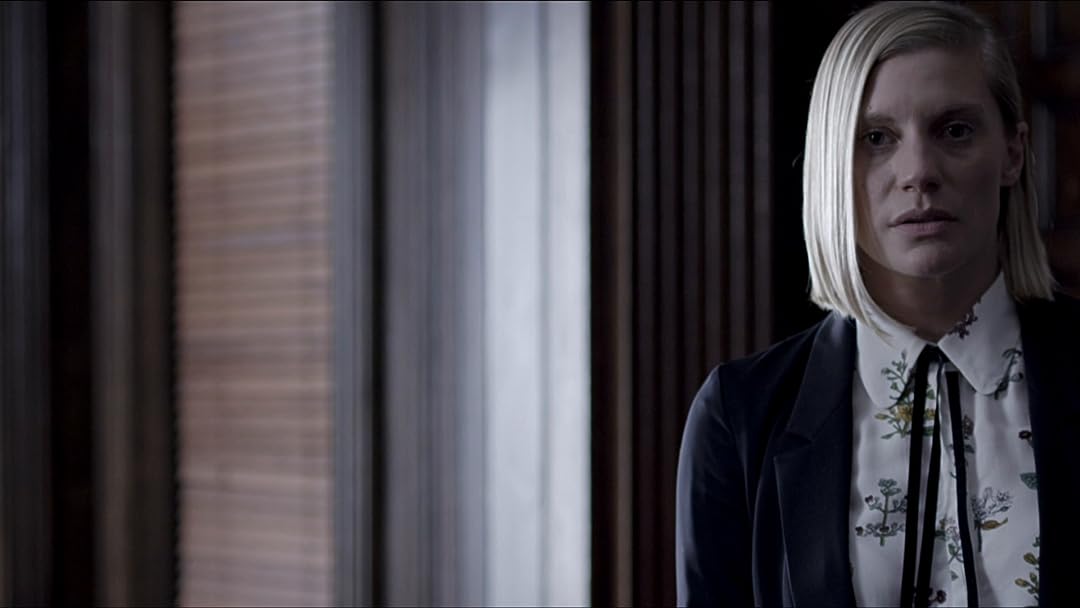 (364)
5.11 h 33 min2017X-RayR
"Knock once to wake her from her bed, twice to raise her from the dead." Katee Sackhoff is a mother fighting to save her daughter from demonic forces in this supernatural shocker.

R. ChildersReviewed in the United States on March 10, 2017
5.0 out of 5 stars
Do Watch Twice!
Verified purchase
Since I was a child I loved these old spooky stories. I collect the better one's of this genre today. I rented this one on Amazon Video. The first night I kept falling asleep and had trouble following the story. It wasn't the movie's fault. I had taken some medication and just couldn't stay awake.
I rewatched it tonight. It was excellent. I turned on captioning to catch the entire dialog and it made a difference. A British offering, this movie reminded me of other truly frightening stories like The Grudge and The Ring. Think about the first time you saw these and how you anticipated the next scare. The music in this one is so eerie, that alone will raise the hair on your skin! I won't go into a lot of details about the storyline since other reviewers and Wikipaedia has already done that, but simply want to impart the message that if you are like me and prefer a seriously frightening tale to a blood and guts gross out, as too many Hollywood movies are all about, then this movie is one you'll enjoy. Forget the reviews online. They are way too critical. They make no sense to me after watching this. It was well made. Well acted. And you never get the sensation that it was cheaply made like so many of this variety are these days. Every scene is literally dark. Even when the characters are outside on a sunny day, the scene is darkened, undoubtedly by use of camera filters. And it works. The entire atmosphere is forboding. You should watch this one at night with as little room lighting as you can. Or should I say, as you dare!

Hopefully Don't Knock Twice will be out soon on Blu Ray. I want to add this one to my collection. A keeper and one of my favorite horror movies. I wish they'd make more like it.

Petra WarnickReviewed in the United States on March 12, 2017
3.0 out of 5 stars
Not bad, not great
Verified purchase
I'm a huge horror film buff, and here is what I thought of this movie:
Takes awhile for the action to start.
The idea or story was an interesting one, but the movie flopped towards the end.
The character building was left open, i didnt connected to the main characters, and therefore I wasn't too upset when things got scary.
I'm glad I rented this instead of seeing this in the theater.
If you scare easlily, you will like this movie.
7 people found this helpful

Rather be at the BeachReviewed in the United States on March 31, 2020
5.0 out of 5 stars
LOOKING FOR A REALLY SCARY MOVIE?
Verified purchase
I think Hollywood doesn't give two genre's their fair due: comedies and horror. It is incredibly difficult to make a truly good funny movie and a truly scary one...especially the kind you want to see again and again. This is one you want to see again and again! IT SCARES ME...AND MY DAUGHTER! (NO spoilers here!). You have to watch it yourself, Bwahahahahahahaha!

RozPReviewed in the United States on July 6, 2017
4.0 out of 5 stars
Pretty good
Verified purchase
Good movie. There were plenty of scenes where I jumped. I have to say you really had to watch the movie to follow the storyline but it was better than most horror movies today.
2 people found this helpful

JoReviewed in the United States on November 25, 2017
4.0 out of 5 stars
Once, Out of Bed. Twice, and You're Dead...
Verified purchase
Phew. Okay. First off, if you love a great thriller/spooky haunting story, then this is exactly what you need to watch. HOWEVER: If you are not down with a B- ending (Read: No solid close), then you still need to watch this but be advised of what I mentioned regarding the ending.

This was an awesome movie that had me on the edge of my seat for the majority. The special effects were completely A+, as well as a solid story and great acting.
3 people found this helpful

MythCalledLoveReviewed in the United States on June 29, 2021
3.0 out of 5 stars
Why oh why!?
Verified purchase
Ah I wanted to like this movie and I did UNTIL the end...It's really a good movie until you get to the end. I don't want to spoil the movie but I will say I guarantee you will fill the same way...You will be like ..WTF??!!

Murdermaru321Reviewed in the United States on October 2, 2017
5.0 out of 5 stars
Horror for the whole family! No cussing but great cringing
Verified purchase
Great movie! Lots of scary scenes with the monster being ambiguous rather than in your face fake. They attempted at a deep story line with a twist at the end which made it great to watch all the way through. There was a few plot holes which didn't make sense but as far as horror movie plots go, this was excellently executed.
4 people found this helpful

G. RidgewayReviewed in the United States on March 14, 2017
4.0 out of 5 stars
because as the trailer made it look like it could be very good
Verified purchase
This has been a movie sitting on my list of "too watch" for some time now, I have been avoiding it, because as the trailer made it look like it could be very good, it also was a trailer, that made me think. It could also turn out not so good. Also the price of 7 bucks to rent it, a little high. Either way, with my list getting a bit short, I decided to give it a watch this weekend.
Overall from the get go, this is a pretty good movie, it is pretty well acted, the atmosphere and story are pretty original and fun. The story wraps up pretty clean and nice at the end, and overall it was a positive horror experience.
What I didn't like about it, is that it can be rather dry at some points, also the depth of the daughter and mother, become pretty flat and redundant over the course of the movie, It hammers home a little to much on the nose that they are both going through a transformation.
The other gripe I have, is much of the background information, which supports the premise, is given rather slap dash, and hastily, which in my opinion, kind of degrades the impact of mystery, which adds to the supernatural depth. For an easier example of what I mean, When a deep paranormal danger can be discovered, or appear to be pieced together from an evening on a basic search engine, it feels too easy. and "Oh! yeah! My grandmum dealt with one of those back in the old country!" if you follow me.
All and All, as horror movies go, its pretty good, I would watch it again, not for 7 bucks though. Even though some of the supporting information for the story was lazily given, its over all theme, and story, is interesting. There were many times in this movie, that made me think of the movie Lights Out, but this was because of style more so then actual story similarities.
If you are looking for something scary to watch on a night in, I wouldn't say that this would be my first choice, but it would certainly fit as a "if we cant find something better, lets watch this." take that as you will.
6 people found this helpful
See all reviews
Back to top
Get to Know Us
Make Money with Us
Amazon Payment Products
Let Us Help You
EnglishChoose a language for shopping. United StatesChoose a country/region for shopping.
© 1996-2021, Amazon.com, Inc. or its affiliates