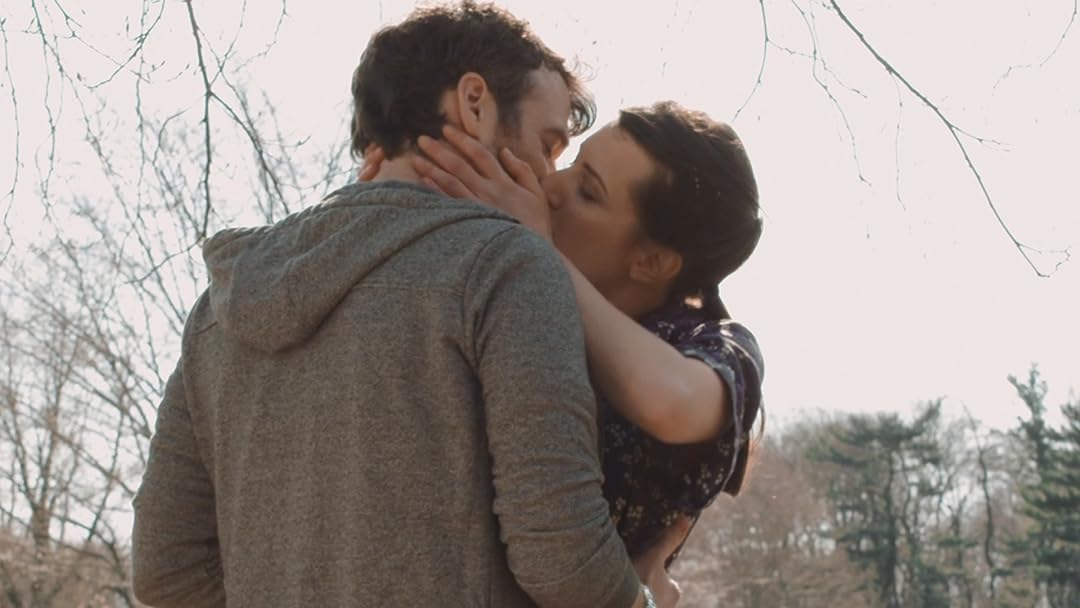 (81)
7.41 h 9 min201916+
Looking for a new lease on life after an injury upends her ambitious dance career, an Israeli woman accepts a cat-sitting gig in Brooklyn and seduces its owner, hoping to bring back the part of her she fears to have lost forever.

The All-Seeing IReviewed in the United States on August 21, 2019
5.0 out of 5 stars
Confronting Our Deepest Fear
Verified purchase
Galia Barkol is the director and screenwriter of the wonderfully aching "Don't Let The Night End." Appropriately, she also plays the film's female lead, and does so with the same deft nuance and sensitivity with which she's crafted its story. From its onset and throughout, this is a film that feels like it's coming from a deeply personal space, with a struggling main character that perhaps only Barkol was inherently qualified to take on and own at this heightened level of accomplishment.

"Don't Let The Night End" is truly ambitious in its design and almost monumental in both its grace and in its ultimately successful execution, as it reenforces what for many of us is our greatest fear becoming our starkest reality: Sometimes the dream we've dreamed for ourselves simply doesn't come true. There isn't a more jarringly honest, intimate, and intimidating theme available to any of our storytelling vehicles, yet it's a topic that's so few filmmakers are brave enough to ask their audiences to emotionally confront.

Fluidly shot and accompanied by an engrossing soundscape, "Don't Let The Night End" deals far more with routine in its pained search for life's next steps than it does with constantly changing events or alterations in pacing. Be prepared to feel a palpable sense of your own personal unrest, as what else - once the dream is dashed - could life possibly hold for us? This is a mesmerizing effort by its creator, and a haunting meditation on the sense of self we all must find a way to make peace with.

JulianusReviewed in the United States on August 19, 2021
3.0 out of 5 stars
The Tale of a Woman Finding Her Way Back to Her Passion
Verified purchase
This film falls into the sweet spot for most indie films - a serious story of a woman who has lost her zeal for living a full life after an accident forcefully and abruptly stopped her from what gave her life meaning, which is dancing professionally. Technically the film looks great, but it stumbles a bit in it's script. At just over an hour in length it's a quick watch, but the film would have benefitted from additional scenes showing her joy as a performer, as well as what happened when it all ended. As the film stands now, there is a lot of talking and pensive moments, and not nearly enough showing of formative events, which is what movies need to create motivation, and to keep a viewer's interest piqued. A scan of the credits reveals that the lead actress, Galia Barkol also wrote and directed, which is admirable. Plus, she is a good actress, and her performance was well done. Ms. Barkol's co-stars are equally well-drawn. Production values are likewise good. It's just that I wish the script gave Ms. Barkol more to do.

Dawg GoneReviewed in the United States on August 26, 2019
4.0 out of 5 stars
Stark reality
Verified purchase
This film is a stark departure from the typical Hollywood plot.
It reminds us that mundane reality is generally the order of the day which is not necessarily a bad thing.
Alas, you have to check your brain at the door to accept a dejected Israeli women taking a job as a cat sitter in N.Y. City.
Beyond that, the acting is very nuanced and good though trapped in a very boring plot.
As such I can't give this performance more than a 4 star rating.
If you are looking for any semblance of action or romance, you will be sorely disappointed with this antithesis of typical production though you will find ample examples of love and kindness.
And while I can appreciate the theme of the presentation (dreams don't come true, deal with it), I feel it could have been accomplished with a much less melancholy tone; anything uplifting in the closing scenes would have been refreshing.
2 people found this helpful

Dana ZurkowskiReviewed in the United States on July 4, 2019
5.0 out of 5 stars
Hanging on a thread after an accident forces change of plans and lifestyle
Verified purchase
Beautifully captures the essence of having to adjust to changes in life with the added circumstances of being an immigrant.
Feeling broken and lost can manifest in different volumes and this film examines a very delicate and nuanced kind.
Indirectly it also sheds light on how much of a struggle people are going through without anyone noticing.
Can spend many evenings re-watching this!
4 people found this helpful

Brian DiLorenzoReviewed in the United States on May 5, 2021
4.0 out of 5 stars
Subtle and Panoramic Views
Verified purchase
I loved this film. Galia Barkol’s “Dont Let the Night End” announces the arrival of an assured talent on both sides of the camera. In a spritely 70 minutes, Barkol presents an incredibly assured panoramic vision of Brooklyn. The humor and tension of watching her character subtly navigate the trappings of twenty first century NY is a pure joy. There’s a real confidence in the restraint Barkol has in her visual approach, with beautiful compositions of apartment interiors, that showcase her characters feelings of isolation and loneliness. One image that really stuck with me was of a WC door, that hung for an extended beat, with just a single hand visible in the light.  Check out this hidden gem today if you are looking for a new voice with a fresh perspective.

Devin BurnamReviewed in the United States on July 2, 2019
5.0 out of 5 stars
a thoughtful, charming, and fresh look at a familiar story
Verified purchase
This really hit me for its being so patient and very funny, without going for laughs. The drama isn't forced. Not too, too much happens, but just the right amount, if you know what I mean. Which you don't, because you haven't seen it. But you should. Galia Barkol's screen presence is similarly restrained and utterly charming. Full disclosure: I've worked with her briefly, but I'm saying this genuinely. I wish there were more movies in this vein that had the self-awareness to stay this honest and truthful.
4 people found this helpful

catch22Reviewed in the United States on August 22, 2019
5.0 out of 5 stars
Very relatable story
Verified purchase
If you like meditative and realistic stories, this one is for you! I found it quite engaging and relatable as we all have lost some dreams and had to take a new course in life. Galia Barkol has crafted a masterful story and plays the lead beautifully. This film is studio quality, very professionally done with outstanding performances from all the actors. Watch and like!
3 people found this helpful

roy ben shaiReviewed in the United States on June 21, 2019
5.0 out of 5 stars
Wonderful film.
Verified purchase
I just watched this film. It's meditative, personal, and relatable. Especially for those who are uncertain who they are or are meant to be. Recommended!
5 people found this helpful
See all reviews
Back to top
Get to Know Us
Make Money with Us
Amazon Payment Products
Let Us Help You
EnglishChoose a language for shopping. United StatesChoose a country/region for shopping.
© 1996-2021, Amazon.com, Inc. or its affiliates