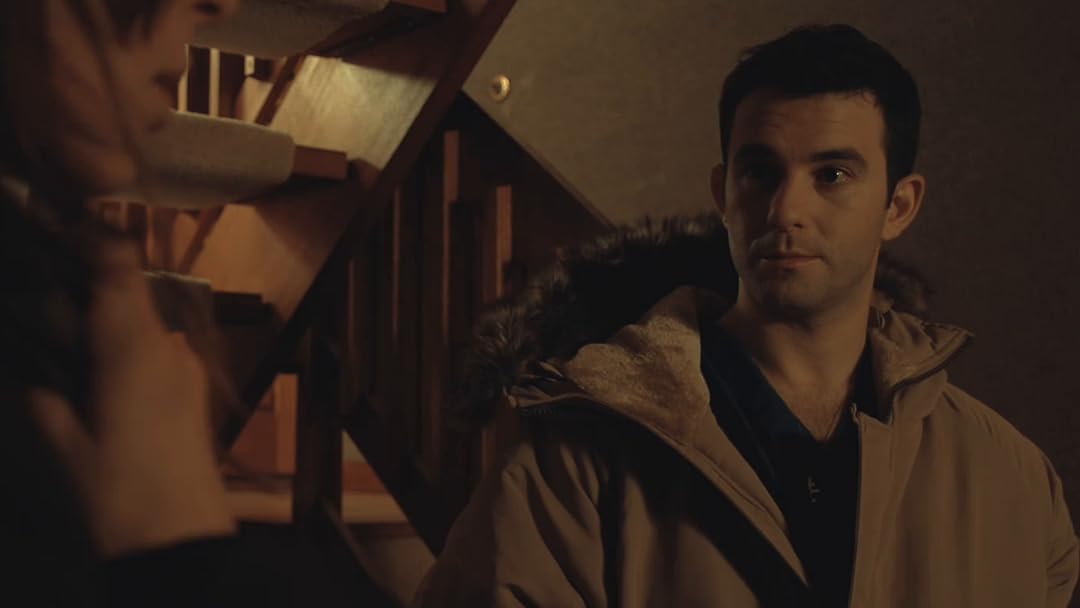 (19)
3.21 h 26 min201818+
An apathetic home hospice nurse discovers that he shares a sinister connection with the mysterious old woman in his care. With this new knowledge, he is forced to confront a darkness he could never have imagined.

DebReviewed in the United States on September 19, 2021
4.0 out of 5 stars
Spoiler Alert
Verified purchase
This is the same old story of a devil trying to gain immortality in a human body.

Anne leaves the house for a few days before Agnes dies and hires John to take care of Agnes, who soon dies. Anne and John don't bury Agnes as requested in time to stop the completion of an old ritual. We learn when Agnes was young she performed an evil ritual on 2 boys, killing 1 boy - John's brother, but 1 escaped and lived - John. When Anne returns, Agnes evil spirit possesses Anne's body, kills John - therefore completing the immortality ritual. "Anne" leaves the house alone in the morning because now she is possessed by an immortal Agnes in her new, young body.

Michelle S.Reviewed in the United States on May 8, 2021
1.0 out of 5 stars
Horrible
Verified purchase
This does not deserve on star! Horrible movie! Story made absolutely no sense. Don't waste your time!
2 people found this helpful

Dmitriy GoldgisserReviewed in the United States on September 26, 2018
5.0 out of 5 stars
very deep and compelling and yet very scary movie.
Verified purchase
I got this movie based on my friend recommendation and I was not disappointed. A very eerie movie, with interesting twists and cool plot. Kind of slow at te beggining , but once the pace is up it is difficult to turn away or blink.
4 people found this helpful

Jo CollinsReviewed in the United States on May 17, 2021
1.0 out of 5 stars
worst movie i have ever seen
Verified purchase
I felt bad for the actors it was tht awful and it made very little sense, i would have given it a 0 if i could
One person found this helpful

DMCReviewed in the United States on October 1, 2018
1.0 out of 5 stars
Trailer is misleading
Verified purchase
The trailer was better than the movie.
4 people found this helpful

Jessica rainesReviewed in the United States on December 26, 2018
5.0 out of 5 stars
Worth the watch
Verified purchase
Horroe suspense and thriller all in one.great movie.
2 people found this helpful

This movie has absolutely incredible potential! it achieves an extremely unsettling and dark discomfort as it builds. It's a slow burn but not irritating. TRUE horror fans will appreciate being pushed to the edge and the filmmakers do a fabulous job of dangling the carrot just out of reach to carefully coax you through the story. Unfortunately, they place so much focus on coaxing you through the story that they actually forget to flesh it out and LITERALLY bitch-slap you with bitter disappointment in the final few minutes.

All 3 character's story lines are just cut, hanging there with no clear explanation of what actually happened or why. While the connection between Anna and Agnes is clearly explained, John's connection to both Anna and Agnes Is only revealed superficially AT BEST! Sadly, the underdeveloped story of John's connection is a HUGE breach to the mounting fear and anxiety that the filmmakers have expertly achieved up to that point. Meanwhile, Anna's character and motivation are also totally vague and undeveloped. Both John's connection and Anna's motivation could and should have really packed some serious punch to the festering anxiety and tension which surrounds Agnes's evil nature. Without revealing any of Anna's motivation and leaning on teasing yet vague flashbacks to John's connection, Agnes's story still builds powerfully through the first two acts and ultimately assumes the form of a hellishly scary entity. BUT!!! the juicy satisfaction is cut-off at the knees with absolutely NO explanation of Agnes's own motivation and barely a fleeting "hint" at what she was attempting to achieve during those three, darkly brutal and utterly. frightening nights while John was left alone in the house with her dead body. I KID YOU NOT!...those scenes of John crouched down in the living room, scared out of his wits and praying for protection with every god-fearing bone in his body were utterly riveting. The hair was standing up on my neck. But when it came to revealing John's fate, having limited knowledge of what connected him to the house and why Anna trapped him there just totally diffused all of that exquisitely structured scare right down to a bad knock-knock joke. Further, when only Anna left the house that final morning, we were kicked to the curb with a post-it note saying "Not good news for John" and wishing we had a single clue as to why. Finally, while we see Anna walking out of the house on that last morning we can only unsatisfactorily assume that maybe...it's not really Anna walking out. I believe the filmmakers were leading us in that direction but they provided very little in the way of a map that might take us the rest of the way.

In the end, this is a beautifully photographed, dark, moody and super creepy movie with a fantastic, scary and original supernatural story that falls flat on it's face.

So, you see why I advise watching it for free? It's just gonna sting a hell of a lot less if you haven't forked over any dough when you're left high and dry and wanting more. One last note: you will also notice some very puzzling plot holes related to John's inability to leave the house and his eventual discovery that Anna has either never left, or has mysteriously returned with no explanation as to how and/or why.

EthanandstuffReviewed in the United States on September 30, 2018
2.0 out of 5 stars
Never engaged me
Got to the end of the movie and had no idea why any of this mattered.
4 people found this helpful
See all reviews
Back to top
Get to Know Us
Make Money with Us
Amazon Payment Products
Let Us Help You
EnglishChoose a language for shopping. United StatesChoose a country/region for shopping.
© 1996-2021, Amazon.com, Inc. or its affiliates