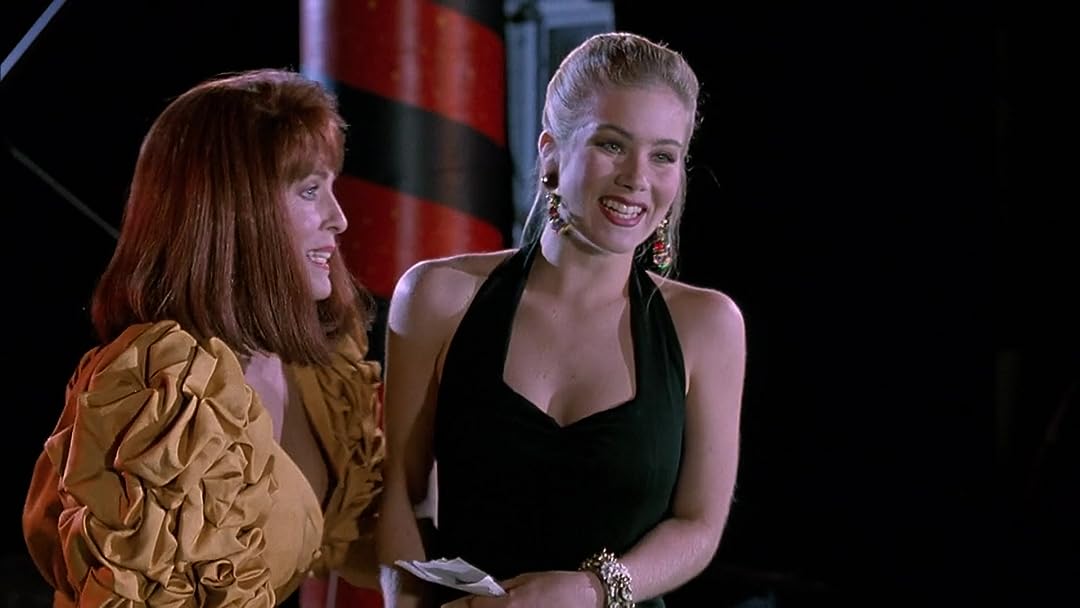 Rentals include 30 days to start watching this video and 24 hours to finish once started.

Vanessa LReviewed in the United States on December 18, 2017
5.0 out of 5 stars
The Dishes Are Done, Man
Verified purchase
Great flick, even for the hundredth or so viewing... If you haven’t seen it, but love 80s & 90s comedies, give it a try. If you’ve seen it, you probably love it.
28 people found this helpful

Alicia7qReviewed in the United States on July 3, 2018
4.0 out of 5 stars
Love movie but dvd was damaged
Verified purchase
I love this movie and was so excited to purchase through Amazon Prime. I was so so disappointed to find my DVD was damaged. The disc Amazon sent me was bent like it had warped in the heat. This has been my 3rd purchase from Amazon gone bad. I’m not sure what’s going on with this company but members pay a lot of money for the prime and then the merchandise cost on top of it just to receive something damaged. It’s disappointing when you order something and can not enjoy it. Luckily Amazon is shipping me a new DVD at no additional charge so cross fingers there is no issues. I’m giving this movie 4 stars because I love the movie however if I could rate the product/shipping I would give it a 0 star!
12 people found this helpful

Steffany ClementinoReviewed in the United States on April 15, 2020
2.0 out of 5 stars
BLACKED OUT ROOT MENU. DO NOT BUY
Verified purchase
This is a movie I've been wanting to have for so long and I saw it on Amazon for a cheap price.
1. It took almost a month for this movie to arrive but I understand due to the way things are now this package is not a priority.
2. I was so excited when I got it I put it on and the first thing I see is a blank screen. I thought my laptop was off but it was on then I thought it could've been the app malfunctioning so I turned the app off and turned it back on about 5 times then I restarted my computer only to find out I was on the root menu but it was blacked out. I went back on Amazon and come to find out it said Used kinda like New. But when I bought it, it said New this company is FALSE advertising. I am going to either ask for my money back or I will ask amazon to send me a NEW NEVER BEEN OPENED BEFORE Don't Tell Mom The Babysitter is Dead.

I'm frustrated and disappointed. But you get what you pay for.

BrandiReviewed in the United States on September 20, 2016
5.0 out of 5 stars
Amusing film for more than innocent stage
Verified purchase
What is a great film? Something that is truly timeless, or something which is a classic of its genre? Obviously, no-one's pretending "Don't Tell Mom the Babysitter's Dead" is a great film (no great film has a title of more than three words.
Think about it) but nonetheless, one does get to see how a film handles its composition of several genres rather than one. It's the best strategy towards greatness, and I hope to see this attempted more frequently.
"Don't Tell Mom..." is at an interesting cultural crossroads. It's basically the last of the Eighties high-concept comedies: the same broad category as films like Big and Crocodile Dundee, where the whole film comes from the pitch. However, we get to see shades of Wayne's World-esquire Generation X teen movie, especially in the character of Rob, and unfortunately the short-lived genre of 'kids acting in grown-up situations and delivering ever-so-amusing grownup lines.' John Hughes was the master of this style of film-making, and there's definitely shades of his work in here, most noticeably the setting of a film largely within a family house.
First of all - the pitch. Kids left at home for summer with babysitter. Babysitter dies and kids must fend for themselves with as few people let in on the secret as possible. From this moment on, the film was always going to go about the format of throwing its naive, brattish teenagers in the real world at the deep end and extracting as much amusement as possible from their sinking-or-swimming.
The screenplay starts to thin at this point. Of the five kids in the house, only two are feasibly old enough to work, or indeed to learn any sort of life lesson throughout this experience. The plot then follows Sue Ellen as she stumbles her way into a job and up the corporate ladder (the script is devoid of jokes at this point, but I kept watching because Christina Applegate is a surprisingly good actress.) Everything from this point is a misjudgment - it's virtually scrawled across the screen that Sue Ellen is getting some life lessons and becoming a young adult. The film could have done without the 'boyfriend' storyline though - it's without doubt the saggiest part of the film.
More interesting is the Kenny storyline. Younger brother Kenny goes from being a hopeless layabout stoner with no inkling to as what he wants to do in life to a man with a plan. Lack of screen time prohibits us from truly understanding why, but we do get an insight into the film's message - the real world is about sacrifice. Kenny must throw away his carefree existence if he wants to become a man.
Sure, this film has faults like pearls on a string - the annoying smaller children who eat up screen time and contribute nothing but an unbearable cuteness (and they're not even that cute: they steal money from their mom's purse - twice.) Sue Ellen's corporate life is shown as patronizingly simple, but that's a fault of all movies in general, you can't have clever successful people as the heroes because the audience feels intimidated. The other major fault I'm going to point out is the chronic lack of laughs. About the biggest giggle was David Duchovny's horrendous yellow shirt. But "Don't Tell Mom," much like its characters, has an innocent, naive charm about it, and if you can put aside your critical mauling instinct, it won't be the worst two hours of your celluloid life.

Heidi PrickettReviewed in the United States on October 23, 2021
5.0 out of 5 stars
Remember seeing it in the theater with my high school best friend
Verified purchase
This movie was the height of Christina Applegate's career. She was young, fresh and classy in this movie, opposite her role in Married with Children. It was refreshing, down to earth and generally good natured about the real and sometimes horrifically funny mindset of what teenagers will do without adult supervision for a short period of time. Loved it then, and love it now!
One person found this helpful

HannahReviewed in the United States on September 12, 2020
2.0 out of 5 stars
Not funny boring
Verified purchase
I'm all for dark humor but I didn't find any amusement in this movie what so ever. I think people up rating it are blinded by nostalgia. This movie isn't good, the editing is janky, the plot is all over the place. I gave it two stars since I learned some things from the late 80s early 90s like what a rolodex is, and the office outfits were pretty hilarious, I forgot that you used to be able to smoke in offices. I could tell the creators of this movie were really into Christina Applagate, the outfits they gave her and the close up of her face, it was pretty weird at times.
One person found this helpful

Average Joe 51373.1Reviewed in the United States on November 23, 2015
3.0 out of 5 stars
Comadramadee
Verified purchase
Teen Com-a-drama-dee about a 17 year old Diva whose Mom leaves her with a strict babysitter who ends up dying after Mom leaves for a month to Australia,but her abrasive style ends up upsetting her and her three younger siblings otherwise carefree lifestyle. They decide to let their over-worked Mom enjoy her vacation and that they can manage themselves, and Sue Ellen (Christinna Applegate) has to get a job. A series of funny and plot thick scenes follow, but it gets very predictable. You might recognize a few names and faces from other similar movies. Fine performances by some make up for a carded script that succeeds in some ways, and it just might make you smile.
5 people found this helpful
See all reviews
Back to top
Get to Know Us
Make Money with Us
Amazon Payment Products
Let Us Help You
EnglishChoose a language for shopping. United StatesChoose a country/region for shopping.
© 1996-2022, Amazon.com, Inc. or its affiliates