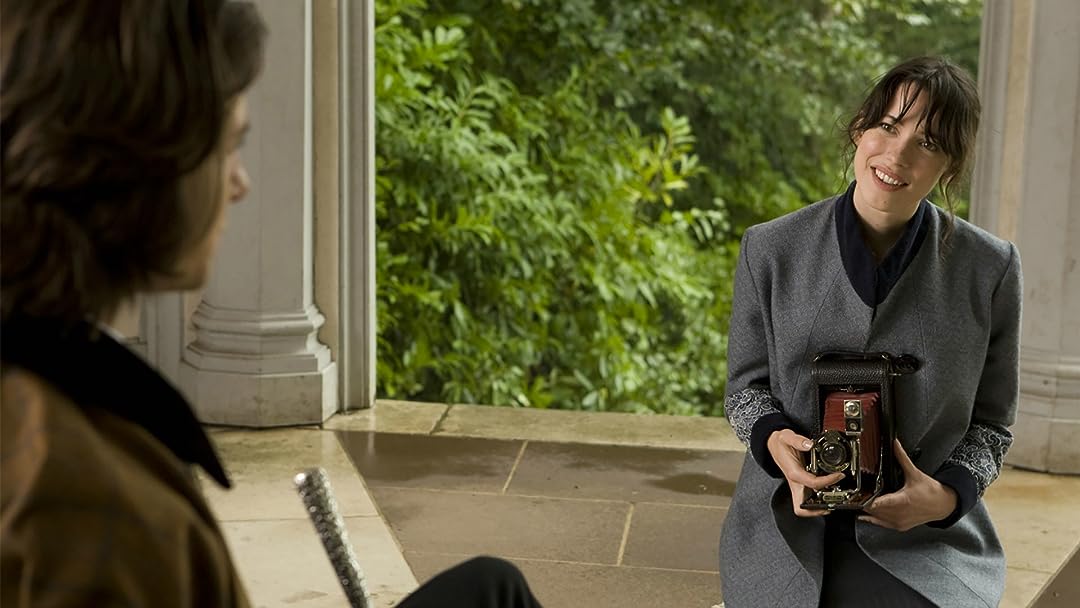 (905)
6.31 h 52 min2009X-RayR
When a young Dorian arrives in Victorian London, he is swept into a social whirlwind by the charismatic Lord Wotton, who introduces Dorian to the pleasures of the city. Henry's friend paints a portrait of Dorian to capture the full power of his youthful beauty. When the portrait is unveiled, Dorian makes a flippant pledge: he would give anything to stay as he is in the picture - even his soul.

A. PEARDReviewed in the United States on July 14, 2021
3.0 out of 5 stars
Porn Lite Using "The Portrait of Dorian Gray" As A Premise
Verified purchase
There is nothing wrong with writing a screenplay about how Dorian Gray may have turned from prig to predator, once he'd sold his soul to the devil and his portrait aged while he did not. Where this one veered left was it turned into one example after another of Dorian's nekked, drug- and alcohol-filled escapades. It was sensational at first, got really boring. Forever-adored Colin Firth was a single note throughout, just a preening, encouraging enabler. Yawn. After 30 minutes of hoping for an actual story to kick in, I gave up.
26 people found this helpful

Public VoiceReviewed in the United States on July 20, 2021
1.0 out of 5 stars
Worse Reboot of a Classic
Verified purchase
This is the worse reboot of this classic tale that I’ve witnessed and in a long time. The director completely missed the mark on this film. Dorian Gray by his very nature was narcissistic to the point, he’d never have given up his immortal life willingly. Not even out of love for a woman. The very nature of the tale is centered around the fact of just how far someone would go to retain their youth and beauty of said youth and Dorian Gray gave his soul for this very curse or gift however you wish to view it and only when he was finally forced to look at the horror of his panting portrait was the spell finally broken. Other than this, Dorian would have never willingly given up his immortality. He couldn’t. He could not see past his own vanity enough to break the spell of the portrait. That’s the bottom line right there. Do not waste your time with this film. It is such a waste.
17 people found this helpful

Amazon CustomerReviewed in the United States on July 25, 2021
4.0 out of 5 stars
good film, but stupid hollywood ending
Verified purchase
the bulk of the film is a nice adaptation of the novel, capturing its essence. the quest for eternal youth and beauty, the immunity from consequences (at least physical appearance), and the moral depravity to which it leads. barnes does quite a nice job as gray, and firth is of course convincing in his role. the ending, though, is disappointing. for some reason the writers felt the need to insert a new love interest, firth's daughter, which just doesn't work. and they also inserted some silly action scenes at the end, complete with running through the streets and hellfire. adding sound effects to the painting was also a misfire. all in all, quite good, but a silly an disappointing ending.
11 people found this helpful

John G. JohnsonReviewed in the United States on May 31, 2018
3.0 out of 5 stars
Unfaithful but watchable
Verified purchase
Ben Barnes has more than his share of boyish good looks and he capably enacts both Dorian's initial naivete and his eventual heartlessness. The screenwriters have deprived Colin Firth of most of Lord Henry's bubbly but biting conversation and have made him dark and malicious. The screenwriters also try to make Dorian's depravity as graphic as possible--they seem to think that the only way to seek sensation is to use drugs and have sex. The murder is unnecessarily bloody. His disposal of the body departs from the novel and thereby excises one of the more dramatic scenes--Dorian's cajoling and eventual bullying of his former friend into making the corpse go away. Dorian's flight from James Vane and the frantic final rush of everyone to the attic room belong in a different movie. The film might be honestly marketed as "inspired by" or "suggested by" the novel.
17 people found this helpful

E. NielsonReviewed in the United States on August 23, 2021
3.0 out of 5 stars
“I am so clever that sometimes I don't understand a single word of what I am saying.” — O. Wilde
Verified purchase
Oscar Wilde wrote a perfectly macabre, ripping story and if only the creators of this film had stayed true to his tale… the talents of the genuinely wonderful actors were too often squandered throughout this film. Key performances in this cast make this film worth watching. There were definitely some truly engaging passages and there might have been more, but I suspect somebody’s prurient pre-teen nephew was allowed to have made postproduction editing decisions. He may have even sat in on the preproduction storyboard meetings. In addition to a slightly ham fisted plot and the hit-and-miss use of CGI, character Emily Wotton’s carelessly groomed hair should have been more historically accurate and befitting of a wealthy British suffragette of the early 1900s. (Yes, yes, I know, a picky minor detail perhaps, but I found her hair distracting and just as jarring as it would have been to have gotten a glimpse of Vans™ sneakers under her skirts.) And would not have handsome, ageless, vain Dorian kept in better bespoke step with mens’ early 20th century fashions as he gorgeously journeyed through life?
4 people found this helpful

MercuryReviewed in the United States on August 15, 2021
2.0 out of 5 stars
To live forever young but at what price, boring melodrama.
Verified purchase
This films is a bit slow even with the violence that ensues to stay young forever as Basil Hallward paints Dorian's portrait, and Dorian declares that he would give his soul if he were always to be young… It is a classic tale but I thought no one is this crazy to lose all of their values within a month of inheriting wealth, unrealistic and sadistic. I only watched half of it before I started shaking my head and turned it off.

Dorian Gray portrays a real Faustian Bargain, in the legend Faust traded his soul to the devil in exchange for knowledge or in this case youth. Dorian is willing to sacrifice anything to satisfy his limitless desire and takes it to far without relent. So long as his picture is intact Dorian does not age instead all his actions are passed onto the portrait, which ages and becomes deformed, and more vicious looking but not the real Dorian. A great morality play but as a film it just seemed to drone on...

Chantell SnyderReviewed in the United States on April 3, 2018
4.0 out of 5 stars
WOW!!!!
Verified purchase
Very good movie. Ben Barns is GORGEOUS in it! I admit, I'm not a fan normally at all of movies with graphic sex scenes, but in a case like this-where it seems to fit the story, I can handle it. I also believe the movie only showed what the book went around. Anyone else think so? Think Lord Henry realized in the end that it was his own influence that corrupted Dorian? He seemed to enjoy living vicariously through Dorian. I think Colin Firth was right in the interview where he called it self-destruction by proxy. Dorian said the end that he was everything Lord Henry was afraid to be, and I believe he was right. Basically think then, that Lord Henry knew he had to destroy what he had created? Also, think it's safe to say Dorian most likely was abusive to women, especially the prostitutes he saw? I'm actually surprised we never saw him slapping any of them across the face, or even beating some of them up. He seemed to have a temper to where he would do so. My guess is he is supposed to have, but it just wasn't shown. Probably wouldn't be a surprise if he had raped some of them, and even possibly beaten some of them to death. Anyone else think so? Even the prostitutes who seemed to be having a good time with Dorian, I wonder if most likely he had beaten up on them? Emily was a rarity, definitely a more independent woman for the time. I wonder how Dorian would have treated her? I think she was a woman who would not have up with it if he abused, which sadly most woman did back then. My guess is Sybil would have put up with it. that was really when Dorian lost his innocence, was when hurt Sybil. I wonder if he ever thought of her, and their unborn child? Her being pregnant was obviously why she was begging Dorian to marry her.
5 people found this helpful

wannabeReviewed in the United States on September 2, 2021
2.0 out of 5 stars
The English do horror?
Verified purchase
Um, so British. So slow....meandering to the point of who cares. Some pretty could actors in this one so may be worth it if you like being bored to tears but not sure how movies like this get made, except by the British. We all get it, guy paints picture of other guy and that guy becomes immortal because the picture absorbs all the bad things in his life and becomes ugly while the flesh and bone version stays young and pretty forever. Uggh, come on people, there are far better stories out there than this one and certainly more worth spending 2 hours or so watching. Not worth it so find something more entertaining like Lawrence of Arabia if you want to watch a bunch of British actors for more than 30 minutes.
See all reviews
Back to top
Get to Know Us
Make Money with Us
Amazon Payment Products
Let Us Help You
EnglishChoose a language for shopping. United StatesChoose a country/region for shopping.
© 1996-2021, Amazon.com, Inc. or its affiliates