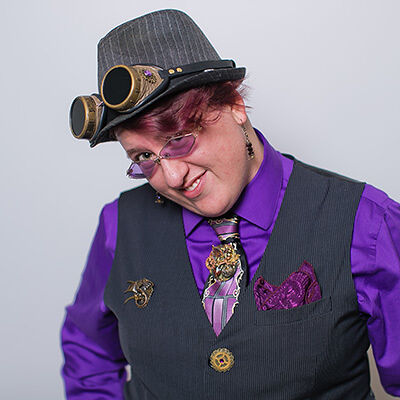 These and more have been my weapons against the threat of boredom for as long as I can remember. Whether in books, television, or just in the running fantasies of my mind, I’ve wielded them as fiercely as any sword master would wield a blade.

It wasn’t until I was thirteen, though, that I realized the fantasies in my head could be shared with others. Then, the worlds and characters began to fill the pages as thoroughly as they had filled my head.

Science fiction, horror, and romance are among the many genres I’ve written, but my true love has always been fantasy. Whether in the flight of a dragon, the discovery of new magic, or the non-gendered perspective of an ancient tree, the breadth, depth, and wonderment of fantasy encourage my mind to leap and bound from world to world.

May the stories I share fill your own minds with such worlds and dreams. 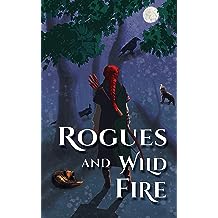 Rogues and Wild Fire: A Speculative Romance Anthology Jul 25, 2018
by Nyri Bakkalian, Charleigh Brennan, Celosia Crane, K.A. Fox, Ynes Malakova, Dorothy Tinker, Sarah Windsor, Patrisha Harrigan, Kali A Moulton, Debbie Burns
( 11 )
$2.99
“I have lived alone for so long, but now that I have found you, I no longer wish for that cold existence.”

A wounded Texas Ranger is sheltered by an ostracized healer. A vengeful wasteland warrior finds comfort with a colorful streetwalker. An information dealer promises life to a desperate outlaw chasing death.

Rogues and Wild Fire is a beautifully crafted collection of speculative fiction stories featuring world-weary men and women with cracks in their hearts—and the steadfast rogues who rekindle their passions. The scars of former hurts fade as the couples join their beautiful, fiery spirits in body and soul.

With hunters and witches, humans and shape-shifters, detectives and demons, seers and soothsayers, and soldiers from two eras, these tales illustrate the bliss that is possible when the past is overcome and love spreads unbridled and free... 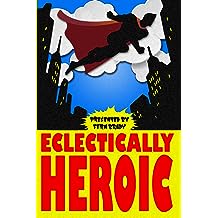 Eclectically Heroic (Eclectic Writings Series Book 5) Nov 14, 2017
by Fern Brady, Kelsey Dean, Christina Robertson, Emerson Adair, Jae Mazer, Verstandt Shelton, Stuart Suffel, Kelly Colby, Karina Sokulski, Dorothy Tinker
( 2 )
$2.99
A superhero outlives his usefulness; a boy finds a magic sword determined to make him a hero; a horse fights for her independence; a dragon rage is defeated; discover these and many more heroic stories in this fifth installment of the Eclectic Writings Series. After exploring carnal delights, criminal pursuits, vegas getaways, and cosmic adventures, Inklings is sending you on a trip through the many definitions of heroism. Eclectic veteran authors include Dorothy Tinker, Cathy Clay, Emerson Adair, Verstandt, and Fern Brady who join a host of new members into our fold. Grab your cape and mount your noble steed as you embark on this heroic journey!
Read more
Other Formats: Paperback 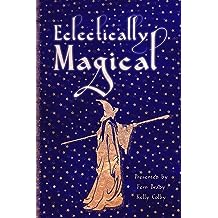 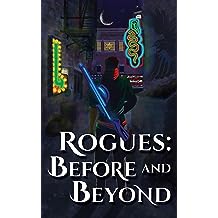 Rogues: Before and Beyond Mar 19, 2019
by Nyri Bakkalian, Charleigh Brennan, Celosia Crane, K.A. Fox, Patrisha Harrigan, Ynes Malakova, Dorothy Tinker, Sarah Windsor, Kali A Moulton, Debbie Burns
( 3 )
$2.99
“I was her charge, first: entrusted to her care to acclimate to the present. Then I was her friend and she mine: we were, after all, comrades, sisters in arms across time. Then, almost while I hadn't been looking, friendship grew into something more-- something beautiful-- and I could scarce imagine life without her steady presence beside me.”True love transcends space and time.Following the release of the #1 Amazon bestselling anthology, Rogues and Wild Fire, the eight talented authors of this book have reunited to share a glimpse into the past and the future of the dauntless, fiery rogues who captured our hearts.Enter the portal once more into a world of healers, paranormal detectives, time-traveling soldiers, assassins, shapeshifters, and more. During their unique journeys into the before and beyond, each is called to ask:Is love worth fighting for?
Read more 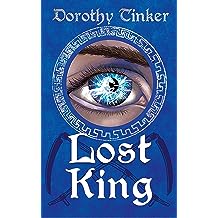 Lost King (Peace of Evon Book 3) Mar 29, 2018
by Dorothy Tinker, Amy Hardwick
$4.99
When Chaos threatens their minds, what will become of their hearts?

When Gemini Cosley and King Ferez Katani fell asleep on the night of Mid-Season, the newly courting pair was happy. True, secrets still hang between them, but Gemi and her bondmates agreed that Mid-Season was for enjoying themselves and the telling of secrets could be saved for another day.

Unfortunately, that other day will not be soon. When everyone wakes the next day, Gemi is missing, her bondmates remember neither her nor each other, and the king believes himself to be the farmer he’s pretended to be for half a season. Worse yet, as those who know the truth struggle to rectify the situation, Chaos breaks out across Evon, threatening the gods as much as the world they rule. Even if her allies do manage to save Gemi from their enemies, can they save her from herself? Or will they be forced to abandon her to the power that threatens both her and Evon’s lost king?
Read more
Other Formats: Paperback 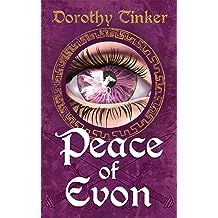 Ferez Katani, young king of war-torn Evon, never expected to learn that the dangerous criminal known as the Ghost is actually James Caffers, a boy younger than himself. Nor does he suspect the truth: Caffers is, in fact, a girl and the missing heir of Kensy, Gemini Cosley. But when given the chance to travel anonymously with the strange youth in the hopes of finding peace for his country, Ferez accepts wholeheartedly. After all, it’s only for a season.

However, their new alliance does not go unnoticed, and there are forces, both human and immortal, that would rather see them dead than submit to the peace they seek. With the support of a young dragon exiled from her home, a facetious stallion who doesn’t understand when a neigh is a nay, and a warrior mare with the ability to resist Animal Magic, they face arrogant nobles, powerful mages, and a chaotic being whose sole desire is to thwart the peace of Evon.
Read more
Other Formats: Paperback 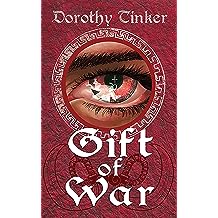 A month ago, Ferez Katani, young king of Evon, agreed to travel anonymously with James Caffers, advisor to the united rebellious groups. Despite their growing friendship, Ferez still hasn’t learned his companion’s most well-kept secret: James is actually a girl and the only remaining heir to the duchy of Kensy, Gemini Cosley.

In addition to the secrets still hanging between them, the recent revelation of a powerful, otherworldly enemy named Markos follows them into Zhulan. Here, they join the nomad clans as they face a poison spreading through the province’s cities. Along with their constant companions—the young dragon, Flame Tongue; the warrior mare, Last Chance; and the facetious stallion, Shadow Racer—can they find peace for themselves and the province, or will Zhulan fall to the poisonous gift of War?
Read more
Other Formats: Paperback 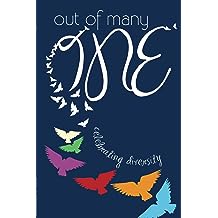 Out of Many, One: Celebrating Diversity Sep 15, 2017
by Mark Harwell, Shireen Hakim, Teresa Di Tore, Dorothy Tinker, James Garrison, Anna-Catherine Rose, Christopher Dimond, Vanessa Caraveo, A. Catherine Vouvray, Clancy Weeks
( 7 )
$2.99
Collected from the winning entries of the Houston Writers Guilds' Out of Many, One: Celebrating Diversity contest, these short stories and poems capture the vulnerable truth of what it means to be human and celebrate the beauty of being unique. We hope you have a laugh or even shed a tear while reading them, but we especially hope that they provide some food for thought to help bring positive changes and acceptance to the world we live in.
Read more
Other Formats: Paperback 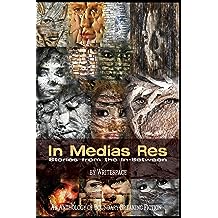 In Medias Res: Stories from the In-Between Sep 14, 2016
by John Dutterer, Paul Hostovsky, Jennifer Kapral, L.C. Lara, Sylvia Martínez, Jody Morse, Eloísa Pérez-Lozano, M. Kelly Peach, Holly Walrath, Elizabeth White-Olsen
$3.99
In Medias Res: Stories from the In-Between is a collection of stories put together by Writespace, a Houston-based literary center. These stores focus on characters who are thrown into or stuck between different cultures, communities, families, races, genders, self-images, dimensions, or continents. They explore the gray area—the uncomfortable, the undefined. These are characters in the middle of it all: middle children, mediators, people in the middle of their lives, in the middle of a mess—“in-between.”
Read more
Other Formats: Paperback 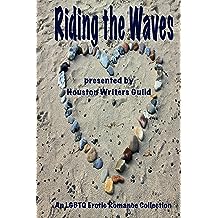