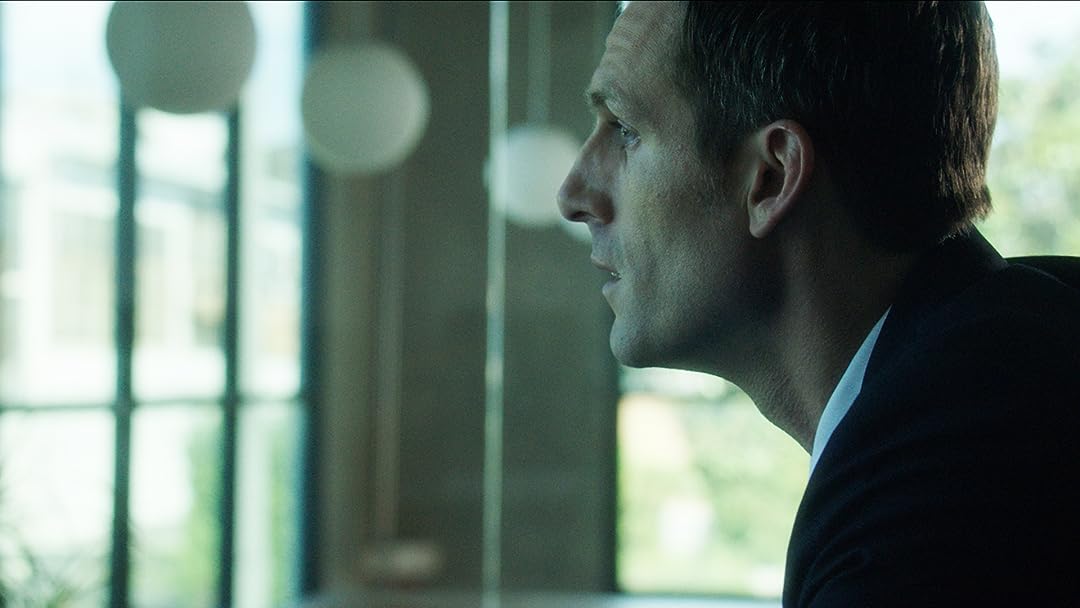 (2,703)
4.91 h 19 min2019X-Ray18+
When a black baby is inexplicably born to white parents, a family's life is torn apart as secrets are revealed, their love is tested, and the legacy of racism in America hits home.

The KatReviewed in the United States on November 10, 2019
1.0 out of 5 stars
Profuse profanity in a PG13 Movie
Verified purchase
The F word right out of the box and then frequently as well as all the rest of the usual suspects. Turned it off 5 minutes in. Don't waste your money.
71 people found this helpful

VictoriaSelene Skye~DemeReviewed in the United States on May 4, 2020
5.0 out of 5 stars
Beautiful Shatterways
Verified purchase
Anyone can have a baby of any heritage, we carry each others' genes inside of us from the first mother and father. It's happened before and it will happen again. Here there is an explanation. But the real answer is we are all interconnected and sometimes that shows up in the most unlikely places, but the places that need the message the most. In this beautiful, heartbreaking movie, the answers are presented sharp as broken glass, and soft as silk, A child is a child, trust is fragile, and love is a bond once questioned will never resemble its original beautiful shape. I didn't understand the ending at all either. What was it trying to portray in that last minute. What was it telling us. That he has missed out out on being a father? We already knew that the first minute his whole demeanor shifted, questioning the child in the arms of the nurse in front of his wife. That was such a cruel moment. This is another one of those soft and gliding movies that screams beneath the surface. Exceptional.
"You revealed yourself." That line. A gut punch, deserved by doubting man, felt by the man who thought his friend was color blind. The betrayal is powerful. There are no take backs, no apologies rendered here.
45 people found this helpful

ShurtleReviewed in the United States on February 1, 2020
2.0 out of 5 stars
Acting is excellent but the writing leaves you confused at the end.
Verified purchase
This movie I am assuming is supposed to cause you to think about racial bias. What I was left thinking about even before the black baby became an issue is why would any mans best friend be hanging out with his wife when he isn't home? If this best friend part was left out the movie would have actually had something to think about. So the ending makes the white father the bad guy which is total garbage. 10 years of a friendship and you can't forgive someone who lost it under pressure, instead you take over his job because racism and white man bad. You can put that where the sun don't shine.
37 people found this helpful

Shuywanna FReviewed in the United States on June 17, 2020
5.0 out of 5 stars
Unexpectedly GOOD
Verified purchase
Not only is this a timely movie but it spares no punches as it pertains to racism. It always amazes me how people feel that they just couldn't be racist. We all have prejudices. We are human. It is up to us though to deal with the darkness of our hearts by exposing the truth that is hidden deep in our souls. Sometimes the truth is ugly, painful and the result of a misguided childhood. The good thing is if you have been taught to hate in any kind of way, you can actually UNLEARN it. Read books, take a chance with a black friend. Most of us (not all) wouldn't mind the brutal honesty that would come from being your friend. We can all learn from one another. People of all races......WATCH this movie, it will teach you something NEW!
32 people found this helpful

gregReviewed in the United States on May 16, 2021
1.0 out of 5 stars
The Premise is not Beleiveable
Verified purchase
The premise of this movie is completely unbelieveable, and because of that, nothing else is really believable. I don't mean the premise of recessive genes, or blackness and black features that skip generations. I mean the premise that a white father with a white wife would see his wife give birth to a black child (and I mean obviously black, not light skinned, but dark skin, with full on wooley hair and a broad nose....the baby carries NO FEATURES of either parent) and would then skip over the obvious answer that she had an affair with a black man, to accept a truly absurd explanation that there MUST be some black ancestor in one of the parent's lineage. Nobody in that position (and I mean NOBODY), would jump to that conclusion with no evidence. Anyone would request an immediate dna test, and if they didn't they are fool. And if that first test comes back as a match, you'd be a fool to not have those results double checked.

But the fact that anyone just acts like this is normal in any way, makes everything else ridiculous. You can't take any of the characters seriously (and therefore none of their takes on anything very seriously) because the movie wants you to ignore that the characters are ignoring the obvious.

If your wife, as a white man with a white wife, gives birth to a black baby, and your best friend, who also happens to be black, is spending unknown hours in your house alone with your wife, the first conclusion you should draw is that your wife had an affair with your friend. And anyone who acts like you're weird or wrong for thinking that is being ridiculous. Even if you're actually wrong, the thought is the most reasonable one to have.

But also....even if the idea that there is a black ancestor in one of the parent's lineage is true....the cheating best friend is STILL the most likely explanation of the facts, because....well look at that baby.

I just feel like you can't have serious conversations based on ridiculous premises without acknowledging the the ridiculousness of the premise. Any conversation the movie was trying to have is lost because, again, the premise is just too unbelieveable.

Margaret OpineReviewed in the United States on May 13, 2020
4.0 out of 5 stars
THIS MOVIE IS A WELL-DONE SOLID SCRIPT; THE MOVIE IS A CLASSROOM TOOL.
Verified purchase
I LIKED THE SCRIPT AND THEN JUMPED INTO A MODE LIKE: ''OKAY, LET ME SEE WHAT YOU GOING TO DO WITH THIS!" I WAS EXCITED AND READY TO HAIL THE FILM WITH 5-STARS BUT THEN THAT DOOFUS MAN STARTED BURNING PAPER IN A HOUSE. ONE SLIP AND THE HOUSE WOULD BE GONE. THEN CAME THE ENDING AND LIKE EVERYONE ELSE I FELL AWAY IN CONFUSION AND HAD TO PLAY THE ENDING OVER AND OVER. AND HIM DOING A STARE AT A KID across the street..AS IF KIDS ARE NOT SCARED OF WHITE MALES OR ANY OTHER MALES STARING AT THEM. PEOPLE OF ALL KIND ARE BEING STOLEN AND FORCED TO DO THINGS.
SO LET ME SAY CLEARLY THAT I DIDN'T HAVE AN APPRECIATION FOR THE ENDING. I KEPT YELLING AT THE SCREEN: ''''THIS IS SO JUVENILE. ALL THAT ARGUING OVER SOMETHING THAT SEEMED SIMPLE. PROOF THAT THEY SHOULD HAVE DONE THE BLOOD TEST FROM THE BEGINNING.'''' ALL THAT....ALL THAT STRUGGLE WITH EACH OTHER AND SHE KNEW THE TRUTH ALL ALONG ..... but she wanted to know the true-truth forever-more kind of truth.
ALL THAT GOT HIM TO SAY HIS TRUTH, "I DON'T WANT A BLACK BABY."
SHE GOT THE ANSWER FROM HIS SOUL....AND THAT SAME STATEMENT COULD HAVE BEEN, FROM A BLACK HUSBAND: '''I DON'T WANT A WHITE BABY.'''
ALL IS ALL THAT'S HOW WE '''STUPIDLY LIVE'''.
---margaret opine, cultural anthropology
16 people found this helpful

Kate TignerReviewed in the United States on February 8, 2020
2.0 out of 5 stars
Beware!! Language!!!
Verified purchase
Starts out with very harsh language. Wish I could have cancelled purchase!!! Thought it might get better, it could of had potential that’s why I gave 2 stars. Poor actors, and gaps in reality. Trailer deceives you, beware. Leaves you unsettled like the story.
27 people found this helpful

Cecil A. RhodesReviewed in the United States on March 20, 2020
1.0 out of 5 stars
Absolutely Terrible
Verified purchase
I rarely review movies. Some are outstanding; some interesting and appealing; some are, what I consider bad. Nonetheless, I generally view movies as entertainment to suit one's taste. This movie that I rented has to be the worst movie I have ever seen. The screenplay bordered on the level of a first year high school aspiring screen writer. The casting was equally bad. I have no idea why any producer would want to produce this worthless work.
20 people found this helpful
See all reviews
Back to top
Get to Know Us
Make Money with Us
Amazon Payment Products
Let Us Help You
EnglishChoose a language for shopping. United StatesChoose a country/region for shopping.
© 1996-2021, Amazon.com, Inc. or its affiliates