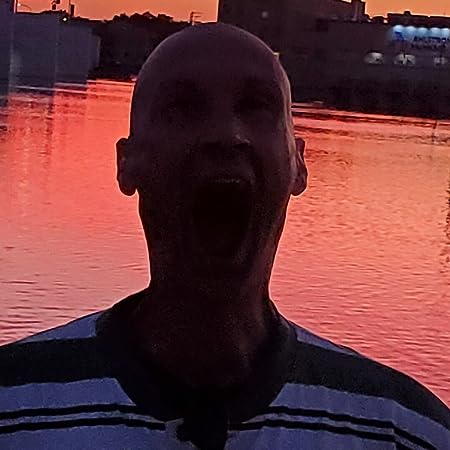 Douglas J. Ogurek, the pseudonymous and highly unprofessional founder of the unsplatterpunk subgenre, thinks he’s changing the world . . . one intestine at a time. Unsplatterpunk uses splatterpunk conventions (i.e., controversial/gory/gross/violent subject matter) to deliver a positive message. Ogurek guest-edited the wildly unpopular UNSPLATTERPUNK! "goretet," published by Theaker’s Quarterly Fiction. These anthologies are unavailable at your library and despised by your mother. Ogurek reviews films and fiction at that same magazine.

Publications have rejected Ogurek’s work more than 1,500 times. However, The Paris Review, considered one of the world’s leading literary journals, thanked him for submitting a manuscript in one (form) letter. Another highly respected journal, The Yale Review, stated, “We want to thank you for your kindness in letting us see your work.” Thus, Ogurek is a kind author. More at www.douglasjogurek.weebly.com. Twitter: @unsplatter 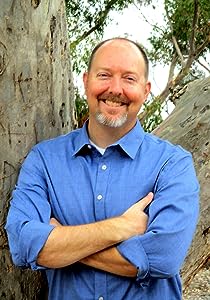 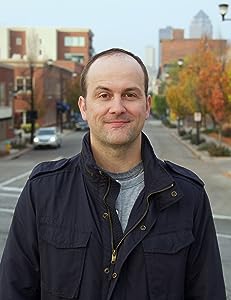 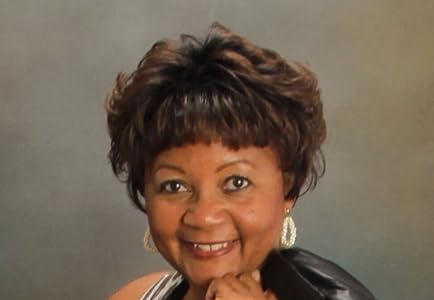 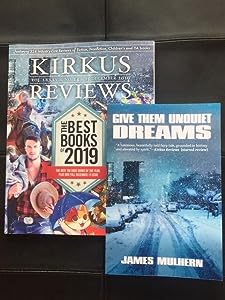 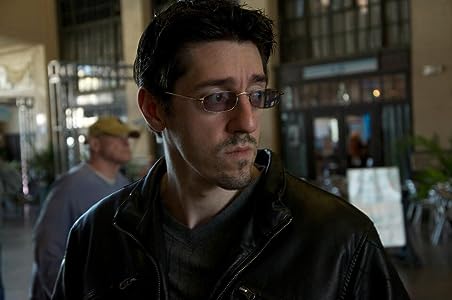 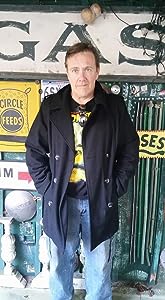 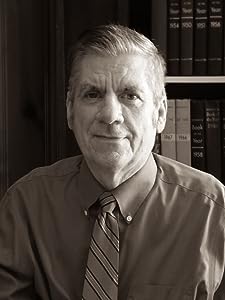 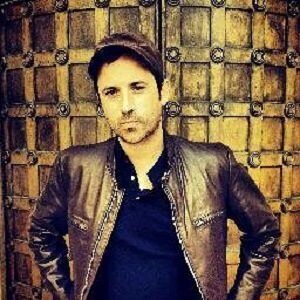 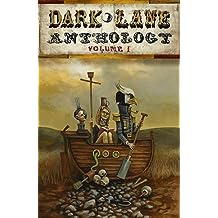 Dark Lane Anthology: Volume One (Dark Lane Anthologies Book 1) Apr 6, 2015
by Tim Jeffreys, James Everington, Matthew Lett, Carina Bissett, M.R. Cosby, Sana Aslam, George Cromack, Martin Greaves, David Elliott, Beau Johnson
( 7 )
$0.99
A collection of talented writers from across the globe brings you a set of strange tales designed to electrify the jellied contents of your brainpan. Within these pages you will find dark adult fairy tales, strange creatures glimpsed out of the corner of the eye, unusual artefacts, and adventures that quickly take on the semblance of a fever dream. As benefits the international source of the authors, some of these stories take place in the city, some in the desert, whilst others travel into deepest space or attempt to investigate the darkest recesses of the human mind. There are tales that will cause you to shiver, tales that will make you laugh, and some that will merely make you ponder.

With exceptional interior artwork (paperback version only) from Vikki Yeates, Sally Barnett, and Martin Greaves, this is one anthology to cherish. It will take pride of place of anyone's bookshelf. 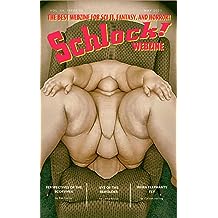 A story of sinisterly sorcerous forests is followed by political shenanigans down Picklock Lane. Claire meets the Tick Tock Man. Pain proves to be beauty. Neptune rises. Society collapses. Bold venturers set out. Two warriors seek out the Scorvyrn. And a group of aviators encounter aerial horror out of antiquity.

We have news of Liz Butcher’s latest novel, Never Never, and Darren Ward's new gorefest, Beyond Fury. And in a final vignette, eighty year old Euphemia proves to be tougher than she looks.
Read more
Other Formats: Paperback 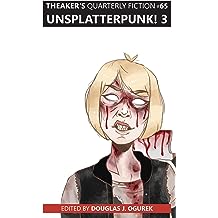 Theaker's Quarterly Fiction #65: Unsplatterpunk! 3 Dec 29, 2019
by Douglas Ogurek, Tom Over, Joanna Koch, Zeke Jarvis, Drew Tapley, Garvan Giltinan, Chris Di Placito, Stephen Theaker, Jacob Edwards, Rafe McGregor
( 1 )
$0.99
Vicious parasites, punctured flesh, eyeball trauma, severed limbs, theatrical licking. The TQF UNSPLATTERPUNK! series returns with its third instalment. Six subversive stories, including an all-new tale by unsplatterpunk luminary Drew Tapley, aim to keep the reader entertained and aghast, while delivering a positive message.A soon-to-be father focuses on helping others amid a Martian base massacre that shows the repercussions of human intrusion. Outraged women unite to stop a high-ranking male oppressor, and in the process, unravel the key to combating male chauvinism and its disastrous effects. A woman, certain of the upstanding life she’s led, learns a lesson that will seal her postmortem fate. Support group bloodshed leads to a scientific breakthrough. Three brothers on an Irish farm dismantle a brutal patriarchy… and chop off body parts. Back-of-theatre make-out sessions plunge to new slimy depths in an exploration of the pressure teens feel to become sexual legends.So put on your coveralls and jump into the carnage and debauchery… You’re going to get filthy, but you’ll also emerge with a sense of hope.
Read more 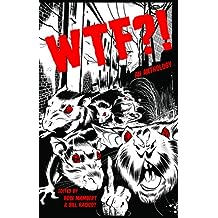 WTF?! Dec 9, 2011
by Rose Mambert, Bill Racicot
( 3 )
$3.99
Corrective surgery gone wrong, punk rockers abducted by aliens, zombie sharks, dead matadors, exploding ice cream factories, and dwarfs obsessed with pomegranates are just a few of the things you will find in this anthology. From the quirky to the profound to the surreal, whatever happens in these 37 stories is bound to leave the reader wondering WTF?!
Read more
Other Formats: Paperback 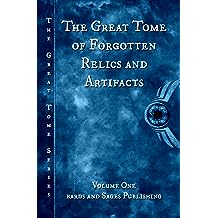 The Heart of Irelda by Jeff Sullins

Digging for Paradise by Ian Creasey

The Nimrod Lexicon by Taylor Harbin

The Shepherd by CB Droege

The Rightful Owner by Linda Tyler

The Head of John the Baptist by G. Miki Hayden

The Djinn at the Wheel by Kathy L. Brown
Read more
Other Formats: Audible Audiobook , Paperback 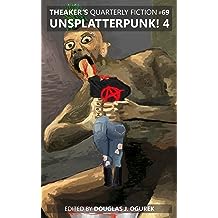 Theaker's Quarterly Fiction #69: Unsplatterpunk! 4 Apr 20, 2021
by Douglas Ogurek, Chisto Healy, Edward Villanova, Ben Fitts, Tim Finn, Eric Raglin, Rick Saldana, Rafe McGregor, Stephen Theaker
( 2 )
$0.99
Welcome to UNSPLATTERPUNK! 4. Six stories unite the gruesome contents of the splatterpunk subgenre with the millennia-old notion that art should offer moral instruction. In the tales that follow, villains use advantages, whether a silver tongue or a silver spoon, to subject others to humiliation and violence. Things get shoved into or pushed out of tight places. Flesh tears. Eyeballs burst. And of course, people get eaten by familiar and not-so-familiar species. However, these stories also offer moral nuggets that can’t be found in splatterpunk: a call to share our feelings with those we love, a declaration about the importance of tolerance and unity, a critique on capitalism in America, an appeal to use our skills for good, and a warning about imposing our values on others. This instalment concludes with what could be the most repulsive entry in the UNSPLATTERPUNK! canon: Rick Saldana’s “Boot Camp”, a mind-and-other-body-part-expanding examination of economic disparity, youthful indiscretion, and the ability to transcend life’s most trying moments. Prepare yourself for the next phase of unsplatterpunk – you’re about to learn some painful lessons.
Read more
Other Formats: Paperback 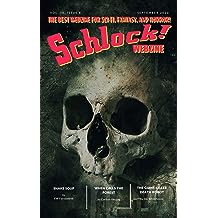 Schlock!: Vol 16 Issue 8 Aug 24, 2020
by Harris Coverley, EW Farnsworth, Carlton Herzog, Evan Hay, John C Adams, Ste Whitehouse, Douglas Ogurek, Michael Eckstein, Baishampayan Seal, Ashwin Dayal
( 2 )
$0.99
This month we begin with a double whammy of sinister poetry from Harris Coverley, followed by another trip down Picklock Lane from EW Farnsworth. The forest is calling in Carlton Herzog’s new offering, while in Evan Hay’s tale Aleister is trying to to cope with his psychoneuroses. John C Adams reviews a novel by Ruschelle Dillon. Ste Whitehouse introduces us to The Giant Killer Death Robot, and Douglas J Ogurek draws our attention to The Sound Down by the Shore.
Elsewhere in this edition, Ouija boards cause trouble. Dragon fruit proves more troublesome. And working the graveyard shift leads to something even more troubling. But most troubling of all are the Granite Statues and Marble Things.

Meanwhile, The Florentine Vampire takes a trip to a Florentine supermarket. And a claustrophobe begins to feel like it’s all getting on top of him. 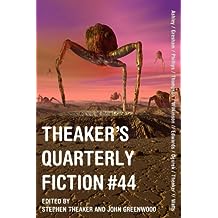 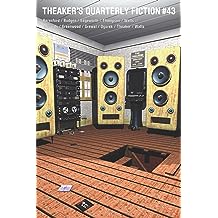 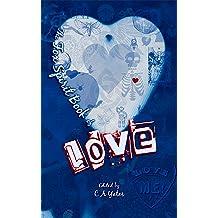 The Fox Spirit Book of Love Apr 10, 2021
by James Bennett, Charlotte Bond, Joyce Chng, Xan van Rooyen, Michelle King, Lawrence Harding, Jenny Barber, Dolly Garland, Alec McQuay, C.A. Yates
( 4 )
$3.99
Love. That many-splendoured thing. It can move mountains and makefools of us all, but what is it? Does it come courtesy of a cherub’s bow? Is it abattlefield? Endless? Crazy? Only available on a Friday? Well, the answermight be between these covers. Inside you’ll find stories from fantasticalworlds to fairy tales, from dark places to virtual reality, tales of transformation,hope, and despair. Above all else, each one is, at heart, about love.With stories from Douglas J. Ogurek, Dolly Garland, Alec McQuay,James Bennett, David Tallerman, Joyce Chng, Xan van Rooyen, Michelle AnnKing, Lawrence Harding, Charlotte Bond, Kit West, Emma K. Leadley, RoSmith, Lisa Shea, K.A. Laity, Jenny Barber, and G. Clark Hellery.
Read more
Other Formats: Paperback 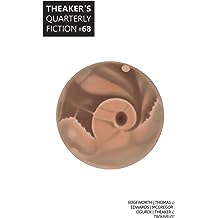 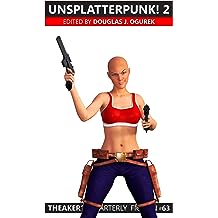 Now, seven goreslingers and propriety defilers have grossed up their game to deliver UNSPLATTERPUNK! 2. True to the unsplatterpunk subgenre, these stories deliver a moral message while shocking or repulsing the reader. The collection includes a foreword by criminologist, philosopher and aesthetic commentator Rafe McGregor.

Returning contributor Drew Tapley kicks off the awfulness on an impressively juvenile note with the anthology’s most straightforward story. In “First Kiss”, a high school student deals with an expulsive situation with as much stoicism as Conan the Barbarian… maybe “Barfbarian” is more relevant. Trophy hunting is Triffooper Saxelbax’s target as his protagonist, a designer of controversial augmented reality games, takes on the corporate obsession with teamwork in “The Villainy of Solitude”. Hugh Alsin’s satirical piece “Convention Hitler!” explores intolerance run amok when the story’s namesake attends a British horror convention. In “The Music of Zeddy Graves”, Stephen Theaker brings his planet-hopping duo of Rolnikov and Pelney to Melodia, whose inhabitants participate in an endless music festival, and whose main attraction goes to gruesome extremes to achieve her compositions. Douglas J. Ogurek’s “Gunkectomy” alternates between an embittered architect/author and a husband hunter who finds commercial and social value in her earwax. “The Tapestry of Roubaix” by Howard Phillips seems to come off the shelf of a nineteenth century library, until it reveals what the protagonist does in his washbasin. M.S. Swift, another returning contributor, closes out the collection with “The Bones of Old England”, an extravaganza of mania-induced carnage.

Delve deep into the cesspool that is UNSPLATTERPUNK! 2, and remember – sometimes to learn a lesson, you might have to get dirty.
Read more
Other Formats: Paperback