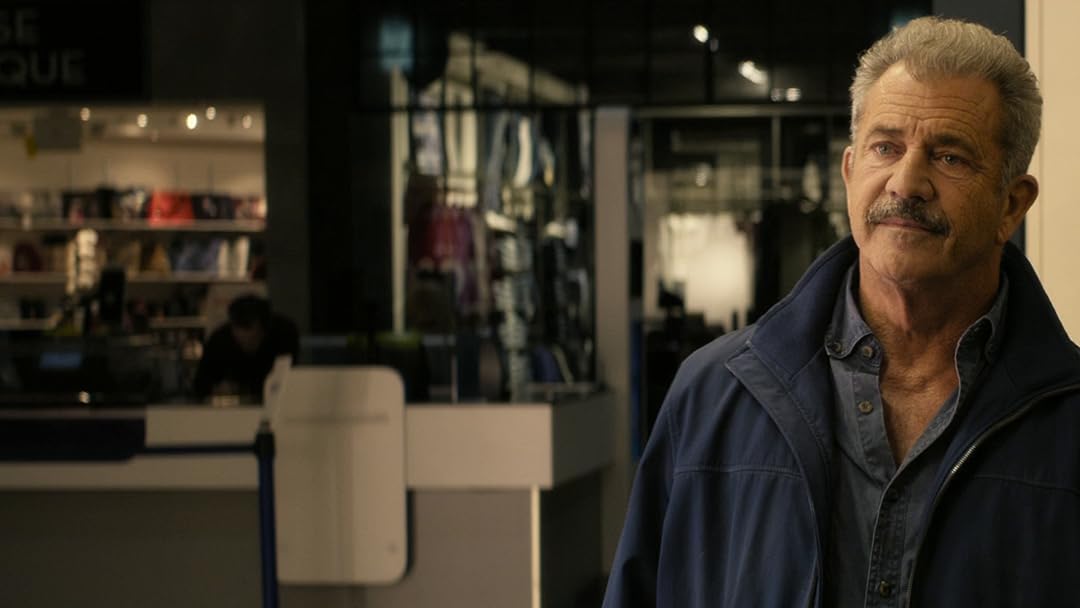 (3,539)
2 h 38 min2019R
Two embittered police detectives (Mel Gibson and Vince Vaughn) descend into the criminal underworld and find more than they wanted waiting in the shadows.

JBReviewed in the United States on March 23, 2019
4.0 out of 5 stars
Everything About This Film Is A Nailbiter From Start To Finish
Verified purchase
It's been a long time since we've seen a film this well crafted with this much unflinching dialog and punishing violence. All of which are perfectly appropriate for the film's storyline. It’s been so long in fact that we are shocked for its lack of "pc" as if stumbling from a somnolence that has confined and shackled cinema and storytelling for more than the past decade. With a touch of Quentin Tarantino & Tony Scott's True Romance or Scorsese's bone-crushing tension of Goodfellas, S. Craig Zahler's script and direction give us everything worth watching included in its 158 minute run time. Though Mel Gibson reminds us of his superb acting skills as Brett Ridgeman, Vince Vaughn as Anthony Lurasetti and Tory Kittles as Henry Johns are exceptionally indelible in their roles. Benji Bakshi cinematography seems perfectly, beautifully etched as if from the film's Concrete title. I give this 4 1/2 stars for high marks in all phases of filmmaking except perhaps an ending which while satisfying seems cobbled on and a bit anticlimactic. Nonetheless, a must-see for every cinephile.
119 people found this helpful

Mickey N.Reviewed in the United States on March 30, 2019
5.0 out of 5 stars
A Movie that Doesn't Hold Your Hand
Verified purchase
First I want to say that I don't understand the people saying this movie is unrealistic. It's a movie, of course, but it's still LEAGUES more realistic than 99% of movies that get wide theatrical releases. Anyway, enough about those troglodytes.

What I really like about this movie is that it doesn't force any messages on you or tell you exactly how to feel. It simply presents you with a series of memorable characters and events and lets you draw your own conclusions. One of the leads is very arguably a racist; the other is an accessory to several murders. Does that mean the film is condoning racism and murder? Decide for yourself; the movie won't decide for you. And that's just the surface. There many other issues the movie makes you think about. I won't go into detail about what they are because that would involve getting into spoilers, but I will say I found myself thinking about this movie for days after because it's the kind of movie that makes you think, and that's getting rarer and rarer. So give it a shot. Challenge yourself.

Rose MarieReviewed in the United States on March 28, 2019
1.0 out of 5 stars
Jussie Smollet has told more believable stories!
Verified purchase
This movie is a raging dumpster fire. They tried to score some cheap points with excessively violent acts, but the entire movie was as bad and unbelievable as a Jussie smollet police report. They had veteran cops doing stuff so dumb, they were like the girl running upstairs instead of out the front door in a horror movie... Don’t do this movie to yourself.
69 people found this helpful

SamhainReviewed in the United States on March 23, 2019
5.0 out of 5 stars
Zahler keeps upping his game
Verified purchase
Felt brilliantly old school yet totally fresh at the same time. Zahler pulls no punches and get brilliant performances from the entire cast. Highly recommend
71 people found this helpful

LReviewed in the United States on March 29, 2019
5.0 out of 5 stars
Two Thumbs Up
Verified purchase
Great! It's not PC and it's pretty realistic in many, many ways...I have no doubt most of the 1 stars were "offended" by that. I'd recommend it. 👍👍
63 people found this helpful

CravenReviewed in the United States on March 23, 2019
1.0 out of 5 stars
Don't waste your money
Verified purchase
This movie like so many movies being made today by Hollywood and Netflix seems like they are mocking movie making. This movie looks like some producers came to a high school drama class and said "we will give you some well known actors and $50,000 so you can make a movie!" This movie is about as entertaining as watching paint dry. The actors appear tired and bored with their roles and like so many other new release movies, just not realistic. Not sure what happened to movie making, but this low budget crap being passed off to us as a legit movie is just plain old. I have learned my lesson and won't be renting this new stuff again.
49 people found this helpful

RICHARD J BURTONReviewed in the United States on March 25, 2019
5.0 out of 5 stars
Slim and Muscles make the movie
Verified purchase
It is as if Mel Gibson and Vince Vaughn are introducing two or more new actors to us. First I will mention and set aside the cameo appearance by Don Johnson. And then applaud the acting by Michael Jai White (Biscuit) and Tory Kittles (Henry Johns). Their performance was better than anything than I have seen in a while. Two soft-hearted thugs hired by a ruthless killer. What follows next is a series of sad stories.
50 people found this helpful

Amazon CustomerReviewed in the United States on March 27, 2019
1.0 out of 5 stars
Don't watch this, ever - waste of money and time
Verified purchase
It's hard to believe that Mel Gibson actually put his name on this. For a very talented actor, director, this is disgraceful. The script, the scenes, the incontinuity of the story, the plot - it's not even that "good kind of junk" to watch — It's really a 0 stars review.
35 people found this helpful
See all reviews
Back to top
Get to Know Us
Make Money with Us
Amazon Payment Products
Let Us Help You
EnglishChoose a language for shopping. United StatesChoose a country/region for shopping.
© 1996-2022, Amazon.com, Inc. or its affiliates