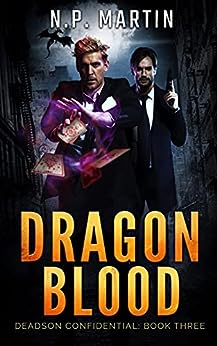 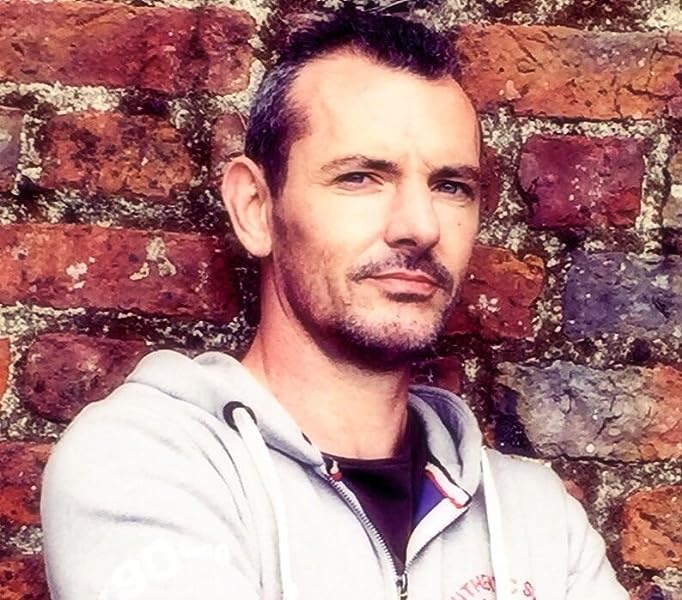 by N.P. Martin (Author) Format: Kindle Edition
Book 3 of 3: Deadson Confidential
See all formats and editions
Sorry, there was a problem loading this page. Try again.

Come not between the dragon and his wrath…

I wish someone had told me that before I took it upon myself to hunt down the dragons who have ruled the world from the shadows for centuries. Oh, did I not mention dragons rule the world? Well, they do. And their rule is, well…draconian—silent despots who have turned humanity into unwitting slaves.

But not for much longer if I can help it. For I have teamed up with the one and only Ethan Drake, whose fearsome reputation for violence precedes him. Now, we are on a mission to discover the identity of the invading monsters so we can take them down and put an end to their insidious reign of terror.

Since the dragons are about to put into place a long held nefarious plan, everything is at stake now. If they succeed, they will turn the whole of humanity into nothing more than soulless automatons whose only purpose is to serve the will of their dragon masters.

But I also have a personal reason for stopping the dragons—my sister, who is still struggling to banish the darkness that has infected her. If she wins her fight against the evil in her, I want to be around to be her brother again.

Despite all this, I can’t help thinking of what a wise person once said:

Do not meddle in the affairs of dragons, for you are crunchy and good with ketchup.

All I can say is, if it comes to it, I hope they choke on me.

Read the final book in this adrenaline-fueled urban fantasy series, chock full of the same action, grit, and dark humor that made the Ethan Drake series such a hit with readers.

Grab your copy of the third and final book in the Deadson Confidential series today!

Audible Holiday Deal
Join Audible Premium Plus for 60% off. Only $5.95 a month for the first 3 months. Get this deal
Books In This Series (3 Books)
Complete Series
Deadson Confidential
Kindle Edition
Page 1 of 1Start OverPage 1 of 1
Previous page
Next page

He is enjoying his current foray into the fictional darkness, so much so that he intends to do it until he dies, after which he will spend the afterlife gathering material for a series he has planned when he eventually comes back through means of dark wizardry. So yeah…he enjoys writing!

4.4 out of 5 stars
4.4 out of 5
14 global ratings
How are ratings calculated?
To calculate the overall star rating and percentage breakdown by star, we don’t use a simple average. Instead, our system considers things like how recent a review is and if the reviewer bought the item on Amazon. It also analyzes reviews to verify trustworthiness.
Top reviews

txdoc
5.0 out of 5 stars Satisfying conclusion to a stunning series!
Reviewed in the United States on October 21, 2021
While I hated that this book was the conclusion to Deadson Confidential series, I was completely stoked that Damion and his friends would be working with some of my favorite characters from the Ethan Drake series in their death-defying battle against the powerful dragons who have dominated every aspect of our civilization for so many centuries. Talk about an all-star cast! I have come to truly like these characters (warts and all) and would be quite pleased if the author chose to give them some role in whatever his upcoming series may explore. I guess we will all have to wait and see that fresh adventures and what crazy new characters will hatch from the author’s bountiful imagination.

I was provided with an advance copy of this book for which I thank the author, but my review is completely voluntary and represents my honest and unbiased opinion.
Read more
Helpful
Report abuse

PenKay
VINE VOICE
4.0 out of 5 stars Action, surprises, and happy moments! Great end to the series!
Reviewed in the United States on September 26, 2021
I have a history of not reading the last book in a series if I know it’s the last one. I guess I hate for them to end. Anyway, in this last book of the Deadson Confidential series, Damion is back and taking on his biggest foe yet: dragons. He teams up with a couple of characters we know and love, and with the help of some other friends. He heads to the desert to kick some dragon booty. I am sad to see this series go, but this last book is a wild ride full of action, surprises, and some happy moments. This was a perfect book to end the series, and maybe someday we’ll see all the characters again. Recommend.
Read more
Helpful
Report abuse

explorer99
3.0 out of 5 stars Dissapointing ending to a promising UF series
Reviewed in the United States on October 6, 2021
This is the concluding volume in the Deadson Confidential series yet it almost felt like an entry in the Ethan Drake series given the large role Ethan plays in the story. And while everything does get wrapped up, it felt rushed and too neat and easy, like when a tv show knows its getting cancelled and accelerates/streamlines all the story lines so they can conclude in the last episode. Maybe there were more books planned but sales of the first two weren't strong enough to justify continuing the series.
Read more
Helpful
Report abuse

John B
5.0 out of 5 stars One of NP Martin's finest works.
Reviewed in the United States on October 1, 2021
I've read all three series from NP Martin, and loved every single book. Each series is unique and the characters have their own lives and personalities. That's not easy for an author with multiple series to pull off, but NP Martin does it exceptionally well.

This specific book brings together a lot of the threads from previous books in the series, while leaving enough potential for future works. The action was well paced, and the dialogue was believable and natural. The characters jump off the page and are extremely relatable. I highly recommend this series and his others.
Read more
Helpful
Report abuse

Natasha
5.0 out of 5 stars A wonderful conclusion to a great series.
Reviewed in the United States on October 1, 2021
I’ve read every book by N.P. Martin, and I must say, this series didn’t disappoint. I started reading this book in the morning and couldn’t put it down until I finished it. As always, the story was full of action and suspense, the plot was unpredictable, and the characters were relatable and believable. If you like dark urban fantasy, you should read this series.
Read more
Helpful
Report abuse

debbie
5.0 out of 5 stars A fantastic conclusion!
Reviewed in the United States on October 24, 2021
This is a fantastic conclusion to this series! It’s been a fast paced rollercoaster adventure and that doesn’t slow down in this final read! Exciting and very entertaining Damion is back and taking on dragons!! Action packed and suspenseful with fantastic characters this is one hell of an urban fantasy series that I’m very glad I read!
Read more
Helpful
Report abuse

Poindexter
3.0 out of 5 stars Who wrote this book
Reviewed in the United States on September 28, 2021
There was such a large change in style that I thought someone else wrote this book. It is kind of slow to get going and the story does not seem to develop new and interesting characters like other characters. I did not enjoy this book Like I did the others. It seemed like someone was just trying to wrap up the series.
Read more
Helpful
Report abuse
See all reviews