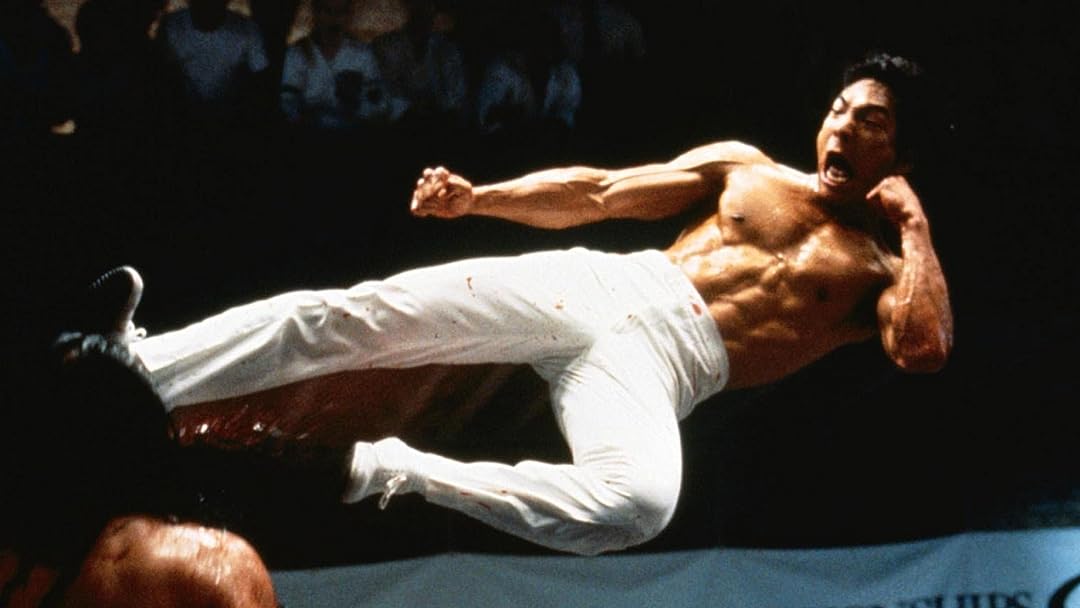 (2,961)
7.02h2020X-RayPG-13
A portrait of the martial arts legend Bruce Lee. From a childhood of rigorous training, Lee begins his meteoric rise to fame as one of the most charismatic action stars in film history. From the director of “The Fast and the Furious.”

joel wingReviewed in the United States on April 26, 2020
3.0 out of 5 stars
Hollywood couldn't stick to Lee's actual story Had to add their Oriental fantasies
Verified purchase
It was inevitable that Hollywood would eventually make a biographical film about the life of Bruce Lee. He was only one of the biggest stars in the world in the 1970s. The problem was they couldn’t just stick to his actual story. They had to add their fantasies about the exotic Orient which almost wrecked this release.

What the movie gets right is the basics of Lee’s life. For instance, even though it doesn’t say it the movie has Bruce as a little kid training under Ip Man who was one of the Kung Fu masters in Hong Kong. It also tried to include some lesser known elements such as the fact that he was a champion dancer. They don’t have him actually dance, but he shows up at a dance hall and gets into a fight with some British sailors. They have him working and living at a Chinese restaurant and starting college although that happened in Washington state not in San Francisco like in the movie. It has Bruce creating his own form of martial arts and writing about it known as Jeet Kune Do. His role as Kato on the Green Hornet TV show. His frustration with Hollywood like when he came up with the idea of the show Kung Fu and they gave the part to a white guy.

Then there’s the bad. It includes a story that Bruce was challenged to a fight over teaching whites Kung Fu, which is disputed. Then they make up that he received a serious back injury and was hospitalized. Nothing is gained from this make believe so I don’t know why it was added. Worse is the re-occurring dream of a Chinese demon warrior being after Bruce. That’s used in the very first scene and is an attempt to explain why Bruce died so young. Again nothing is gained from this. To make things worse they try to say that’s why Bruce’s son Brandon also died. Bruce Lee had an amazing rags to riches story. Hollywood couldn’t be happy with that so it had to add this garbage.

Brian BReviewed in the United States on February 15, 2021
3.0 out of 5 stars
Not an accurate portrayal of the man's story.
Verified purchase
I would have hoped better from the producer. But the movie is inspiring. Linda Lee (the wife of Bruce Lee) said she does not enjoy the film due to it misses out on many details of his life. Also, he NEVER was in trouble with the Hong Kong authorities and needed to run to the US, as you see in the film. He knew he was an American. He was brought up by his father to learn English and Hong Kong dialect of Chinese. Also, Bruce [Lee] was a child actor in Hong Kong. There are many points of this man's life and his father they get wrong. But in the end, it is an awe inspiring movie. The theme song of this movie is why I wanted to watch it, again.

I would say if you wanted to learn about Bruce Lee, there are many books on the subject that you can choose from. There was also a magazine called the Bruce Lee magazine. That was highly informal mostly written by John Little (a good friend of Bruce's) and Linda Lee. It is a shame that magazine is gone. I had a few of them back in high school when I was learning a lot about martial sciences. I could not afford to do martial arts. That then and now, costs a lot of money. I just did not have parents with money. Oh well. I still learned a lot through reading.

You can to. Just look for Bruce Lee's writings. There is a few. They are highly informal. I do recommend them. Also, Linda Lee wrote a few, as well.

Mysticman9Reviewed in the United States on January 12, 2019
5.0 out of 5 stars
Total Classic
Verified purchase
One of my all time favorite movies. I think I've seen it about 25 times and I still love it everytime, and I'm 40 now, and I enjoy it as much as when I was 14. Sign of a truly great movie. Captures the excitement of Bruce's move to the US, with the downfalls, the struggles, and the triumphs, with humor, romance, and amazing cinematography and fight scenes. What more could you want? this movie does it right
8 people found this helpful

JustJReviewed in the United States on July 22, 2019
5.0 out of 5 stars
Endorsed by Bruce Lee’s wife
Verified purchase
There are movies that are “based on a true story” which are intended to be as accurate as possible given inherent limitations of film. There are movies that are “based on true events” which portray real events as well as some partly fictionalized creativity to convey general themes with the intent of staying true to the actual story. Then there are those that are simply “inspired by true events” which can be a completely fictionalized movie that may refer to actual events in some fashion.
“Dragon: The Bruce Lee Story” (ASIN: B00PH0RSIA) is based on true events and was endorsed by and derived from the book about Bruce Lee by his wife Linda. In the blu-ray extra features, she talks about the movie and points out the excellent acting performance by Jason Scott Lee. Although some aspects of the film are fictionalized (such as Lee becoming temporarily paralyzed due to a certain fight), he did experience a significant back injury and used his “down time” to write about his unique martial arts techniques. Although it’s not mentioned in this movie at all, Bruce Lee’s son Brandon was also very talented and starred in some notable movies including “Rapid Fire” and “The Crow” However, like his father, Brandon died very young as well. This tragedy is something to remember while watching Bruce Lee’s struggle with the “demons” that are depicted in “Dragon: The Bruce Lee Story”.
By contrast, the movie “Birth of the Dragon” (ASIN: B074WMLFDW) is “inspired by a true event” but it has little resemblance to the actual Bruce Lee story. “Birth of the Dragon” is “inspired” by one fight that Lee had, but it’s a generally poorly made movie that exploits the name of Bruce Lee in order to increase sales. “Birth of the Dragon” is to the life of Bruce Lee as the movie “Monty Python’s Life of Brian” is to the life of Jesus.
4 people found this helpful

Jenn WarnerReviewed in the United States on April 21, 2019
5.0 out of 5 stars
I did not think I would like it, but I loved it!
Verified purchase
Five stars for Jason Scot Lee's portrayal of Bruce Lee. he did an absolute wonderful job. Yeah he should have gotten an emmy for this! I have watched many Bruce Lee documentaries and his movies. I feel JSL captured BL personality, optimism wit, humor, and style- very well done! I have seen other Bruce Lee portrayals so thought I would not like this and had missed it all these years- well I was so wrong. It is now one of my favorites. I am so glad I didnt pass it up and finally watched it. Well Done. Rest in Peace Bruce Lee and Brandon Lee. Gone but not forgotten. My condolences to Linda Lee and Shannon Lee.
8 people found this helpful

mark2009Reviewed in the United States on July 8, 2020
5.0 out of 5 stars
Awsome movie
Verified purchase
I have owned this movie since the early 2000.'s since it came out. But I found it on bluray and it just made the move more exciting because of the clarity and the fact it's in widescreen. Jason Scott Lee does an excellent job portraying Bruce and the people who p his family and those opponents he dealt with were exilerating. I give it a thumbs up!
3 people found this helpful

Gayla NaldrettReviewed in the United States on April 6, 2018
5.0 out of 5 stars
I love this movie
Verified purchase
I love this movie. I owned it previously, but it broke. This copy was really good because before the movie started it had a documentary about Bruce Lee narrated by Linda, his wife.
10 people found this helpful

Douglas SherwoodReviewed in the United States on April 1, 2021
5.0 out of 5 stars
Awesome movie!!!
Verified purchase
Awesome depiction of the life and philosophy of Bruce Lee. Also shows how he came to write his masterpiece on hie Martial Arts Philosophy "Tao Of Jeet Kune Do". Movie was released in April 1993 and my best friend and I having grown up together as die hard fans of Bruce Lee and watching "Kung Fu Gold Theater" every Saturday morning with him and Jackie Chan always being on there, we had to be there for the opening of this movie, and we were not disappointed. This movie came in mint condition, and I would definitely recommend the seller as well as this movie.
One person found this helpful
See all reviews
Back to top
Get to Know Us
Make Money with Us
Amazon Payment Products
Let Us Help You
EnglishChoose a language for shopping. United StatesChoose a country/region for shopping.
© 1996-2021, Amazon.com, Inc. or its affiliates