The Dragon Defenders - Book One and millions of other books are available for Amazon Kindle. Learn more 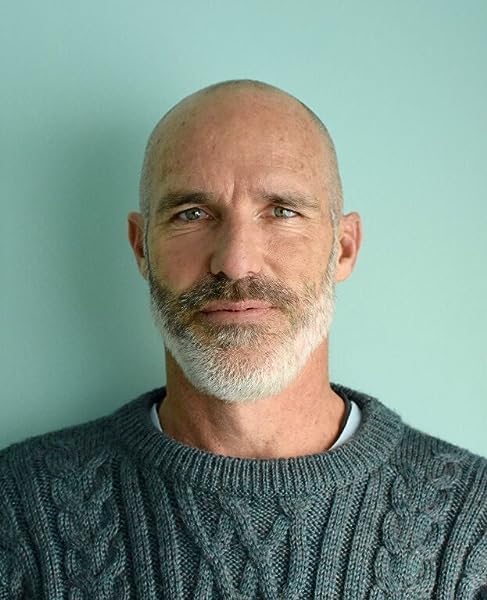 by James Russell (Author)
4.7 out of 5 stars 239 ratings
Book 1 of 1: The Dragon Defenders
See all formats and editions
Sorry, there was a problem loading this page. Try again.

"An utterly charming story about two young boys who live off the grid, in a way most kids couldn't imagine. They are, of course, independent, brave and resourceful, and completely admirable. The interactive app helps build a spellbinding world."

"A delight for all ages. I couldn't get my son to turn out the light!"

"Exciting from the very start!"

James Russell is a best-selling children's author of eight books. Previously a journalist on New Zealand's largest newspaper, he is now a full-time author and his books are published in a dozen countries in multiple languages. He lives in Auckland with his wife and two young children.
Start reading The Dragon Defenders - Book One on your Kindle in under a minute.

4.7 out of 5 stars
4.7 out of 5
239 global ratings
How are ratings calculated?
To calculate the overall star rating and percentage breakdown by star, we don’t use a simple average. Instead, our system considers things like how recent a review is and if the reviewer bought the item on Amazon. It also analyzes reviews to verify trustworthiness.
Top reviews

Emily C.
5.0 out of 5 stars Dragons, brothers, and adventure!
Reviewed in the United States on March 17, 2021
Verified Purchase
If you like dragons and adventure you will love this book as much as I do! Also if you like brothers that like adventure this is the book for you!
-Joey, age 7.5

Mom’s note: my dragon-loving reader had loved reading the Dragon Masters series for years but was ready for something a bit more challenging, and this was the perfect book! He loved it and would easily read it for 30-45 min stretches, completely engaged in it. We will definitely be ordering the next in the series.

C. Bernard
5.0 out of 5 stars Great start to a great book series.
Reviewed in the United States on May 9, 2021
Verified Purchase
10 yo son loved this book and the whole series. He didn’t enjoy numbers 3 & 4 as much because the storyline seemed sadder and things were happening to the protagonists that worried him but when he finished #5 he said he really liked how the series ended. So don’t let your kiddo quit in the middle.
Read more
8 people found this helpful
Helpful
Report abuse

Steve Grant
4.0 out of 5 stars Great book for boys ~ 9-13
Reviewed in the United States on April 30, 2021
Verified Purchase
I would have gone nuts for this book when I was 10 and my neighbor, who *is* 10, is doing just that. And it’s a nine-book series, so a kid can have a *lot* of adventures. Tom Swift, Tom Corbett, Hardy Boys... but in a tropical paradise with a falcon, horse, and dog who are their best friends and secret weapons.
Read more
4 people found this helpful
Helpful
Report abuse

Barbara MojicaTop Contributor: Children's Books
5.0 out of 5 stars Dynamite Detectives
Reviewed in the United States on July 12, 2021
Verified Purchase
Paddy and Flynn are two brothers who live on an island in the Pacific ocean. That may already sound like an adventure. They also have a dog named Coco, a pet falcon, and a horse. In addition their island is home to secret dragons.

Sounds like a promising beginning to an adventure series for late elementary school and middle-grade readers. The two brothers become detectives and try to thwart the evil boss who wants to capture one of the dragons.

This is a page turner that is made even more attractive by the ability for readers to download an app to turn the book into an interactive adventure. Readers who download the app are able to read secret codes, and view three dimensional animations. There is also a map to trace the journey.

Lots of authentic dialogue, intrigue, teamwork, colorful characters, and bravery to spur readers on and get them hooked on reading the entire series.

Melissa Velka-Millette
2.0 out of 5 stars Nice Idea If It Worked
Reviewed in the United States on February 7, 2021
Verified Purchase
Cute story, but could not get the AR app to work at all.
Read more
7 people found this helpful
Helpful
Report abuse

Kellee
1.0 out of 5 stars Book chapters mixed up
Reviewed in the United States on June 7, 2021
Verified Purchase
I was looking forward to reading this book. I bought it for my classroom. When I got it, however, the chapters were backwards. The beginning of the book started with the ending chapter and the last chapter was Chapter 1. It was all messed up. Couldn’t get an exchange because it was sold by a third-party. I did get a refund and UPS came and picked it up, but just a waste of time.
Read more
Helpful
Report abuse
See all reviews

Rowena
5.0 out of 5 stars First solo read!
Reviewed in the United Kingdom on April 25, 2021
Verified Purchase
First solo read for my confident reading 7 year old. He absolutely loved this book, read in only 4 sittings as he was so absorbed. Thrilled with himself (as are we) for reading a ‘big book’ solo. He took it into school (year 2) to show his teacher and she’s now reading it for the whole class! I’ve ordered him the next in the series. We’ve not accessed the AR yet. Stands up as a great read without it.
Read more
2 people found this helpful
Report abuse

Amazon Customer
5.0 out of 5 stars Exciting because of AR
Reviewed in the United Kingdom on March 8, 2021
Verified Purchase
My son was very excited at trying out AR on this book! None of his other books have this feature. He is a very advanced reader for his age. This book is very easy for him to read but he still enjoyed the story a lot. I would recommend this book for children age 6-7 if they are very confident reader. I pitched to 6-7 years old based on my son's reading ability.
Read more
One person found this helpful
Report abuse

Anne
4.0 out of 5 stars Bought as present
Reviewed in the United Kingdom on June 22, 2021
Verified Purchase
Grandson seemed to enjoy this book.
Read more
Report abuse

Danielle
5.0 out of 5 stars We love this!
Reviewed in the United Kingdom on June 12, 2021
Verified Purchase
This is the best kids book I have found for my 4 yr old girl and 6 year old boy. They (and I ) were hooked from the first chapter
Read more
Report abuse
See all reviews