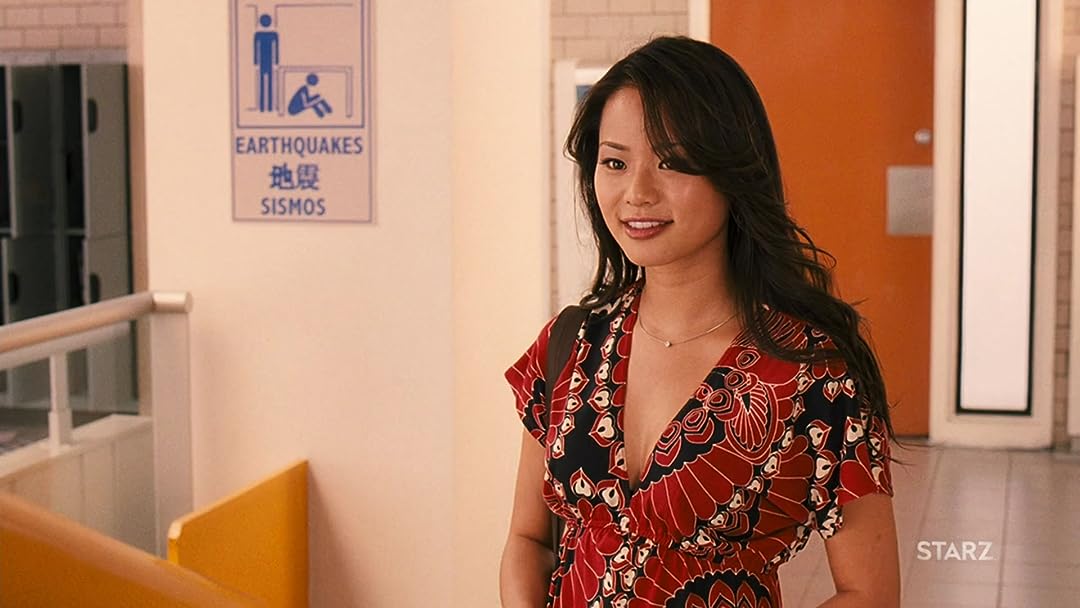 (1,920)
2.51 h 25 min2009X-RayPG
The young warrior Son Goku sets out on an urgent quest to collect a set of seven magical orbs that will grant their wielder unlimited power.

Noe ParedesReviewed in the United States on July 1, 2019
5.0 out of 5 stars
It's so bad it's good!
Verified purchase
I grew up watching DBZ and i'd be lying if i said i didn't have an absolute blast watching this moving. The actors were...well they were bad but the fighting was great, kinda. The plot was also bad. Come to think of it, there was nothing particularly good about this movie except the title and pretty colors. I should have mentioned i watched this with the wife while we were hammering down mimosas. All in all, i recommend getting drunk and watching any B movie, they all become comedies!
41 people found this helpful

Amazon CustomerReviewed in the United States on July 10, 2020
1.0 out of 5 stars
Just why?
Verified purchase
This movie looked like it was written by a middle school theater student. The plot was really rushed the only character that had ANY improvement from the beginning was Goku, also no disrespect to the actors but who chose them? This probably would've been a much better movie if you would have made it about Krillin learning how to shine his head. In fact I would've rather watch that. Whoever did write this story though or even collaborated with it I really hope this movie haunts you in your sleep. Now I'm not gunna judge the actors because they were only trying to portray what they were told to portray, probably why they didn't hire ANY B-list or above actors; they would've scoffed right in their faces reading that script. There was SO much potential and possible revenue you could've made had this movie been done right. Piccolo though? You chose PICCOLO as the main villain AND gave him a terrible backstory. Like c'mon nobody who has seen DBZ would have been like yeah that was awesome! Because if they are saying that then they have probably only watched a couple episodes.

Some factors you should've went with:
Brought in Krillin (You know Goku's BEST FRIEND)
Maybe use Vegeta? The guy who is literally the BETTER villain BY far!
Literally any other story line. You took something great, and even if it was 60% good I think people would've been okay with it.

My last couple of thoughts. This goes to you Hollywood, before you take a franchise that you believe you can make money off of that has a reputation and has been around for MANY MANY years that you haven't created. DO IT JUSTICE! Why do you think Wonder Woman succeeded and Justice League BOMBED? I'll tell you, DIRECTOR DIRECTOR DIRECTOR.

I really hope that you can do another one and actually get it right. I understand where you were trying to go with it. Mixing the anime world with the real world but it doesn't really work out that well. You can have it both ways. So please I am begging you do a better job next time Hollywood. PLEASE!

H. PerryReviewed in the United States on May 24, 2018
1.0 out of 5 stars
So bad even my 9 year old told me to turn it off
Verified purchase
What did I just watch? Has absolutely nothing to do with Dragon Ball at all. Even if you take it at face value and ignore everything else it's still a bad movie. Terrible acting, bad script, fight scenes are poorly done. It's so bad even my 9 year old asked me if we can turn it off and watch something else and they love these types of movies usually.
43 people found this helpful

ProctorFamilyReviewed in the United States on November 14, 2021
1.0 out of 5 stars
There aren't very many films that I stop watching halfway through....
Verified purchase
I'm okay with movies being something new or different than their other incarnations. It's fine that this film doesn't follow the same exact story as DB/DBZ. We've lived in a world where the MCU and Marvel Comics are something different in many ways, but each still good for what it is. Right? So there's nothing wrong with that. Dragonball Evolution is just horrible as a film, primarily because of the writing. Everything feels haphazardly written and rushed. It wasn't good enough for them just tell a simple story. It was trying to tell 15 different, underdeveloped stories, and make it all fit within a single film and within time constraints. The actors were (mostly) fine. They did the best with what they were given. The graphics were fine. The set design was meh, but I've seen good films with less believable sets. The writing is what did it in for me. That's the only thing I can say, really. Just bad. Ugh.
8 people found this helpful

BryanReviewed in the United States on September 28, 2019
1.0 out of 5 stars
It tries to be something Dragon Ball isn't, and it doesn't even succeed at THAT
Verified purchase
Goku goes to HS, gets picked on by a bully, then he puts on a hoodie. He daydreams about the cute girl in class, and he opens lockers with his ki. Master Roshi teaches him to airbend which had me wondering if they just didn't know what franchise they were adapting. It tries to be your standard Discovering Your Greater Destiny story, but there are 100,000+ movies who've done that better.

Everything you've ever heard about this movie is right.
22 people found this helpful

charles conantReviewed in the United States on September 19, 2021
1.0 out of 5 stars
worse than i remembered
Verified purchase
I got the movie because I thought to myself, "It can't possibly be as bad as I remember". It was, it so was. If you liked the show even a little bit, never watch this movie. Only the names of the main characters are the same and 99.8% of the story is completely different and not in a good way. Heaven help the creators of this atrocity.
9 people found this helpful

MitchReviewed in the United States on October 13, 2020
2.0 out of 5 stars
WOW! It's ... ... uh, ... ... not good
Verified purchase
Did not expect a whole lot from another live action rendition of an anime classic going in. That said this was a whole extra level of not good, at all!
Almost all of the scenes felt disjointed like having a seizure with snippets of lucidity every couple of minutes or so. One transition/training scene in particular was so out of place and low budget compared to the rest of the movie that I swear the director created a time machine and went back to film it inside the Universal Studios-Terminator 2 attraction when it first opened in 1995 and then used the souvenir VHS you can buy afterwards of yourself on the ride as the film stock.
In good conscience I can not give it one star only because Chow Yun-Fat somehow found himself mixed up in this debacle and he is too good an actor to have that type of review attached to his name. If you do decide to sacrifice 85min of your life to watch this I recommend you keep a really really stiff drink at hand. Or several
7 people found this helpful

Jon KwarsickReviewed in the United States on December 29, 2021
1.0 out of 5 stars
Stagnet and bad
Verified purchase
Plots about as boring as it gets. Characters beside goku has no character development and even his is oh most none. I am assuming who ever made this was just thinking everyone would love it cause its Dragon Ball but it isnt even that. The only thing this shares with the show is names. All characters have not only different back stories but dont even have the same personality traits. Visually none of it looks right so casting was a failure so was props. Plot is some how Picolo commanded a saiyan to come to earth so when he turns 18 and Picolo can randomly break out of his 2000 year old jail that was never even explained how he did? How did Picolo get the power to control the saiyan race again right oh ya another missing plot item. You can go on and on like this about missing plot and character growth.
2 people found this helpful
See all reviews
Back to top
Get to Know Us
Make Money with Us
Amazon Payment Products
Let Us Help You
EnglishChoose a language for shopping. United StatesChoose a country/region for shopping.
© 1996-2022, Amazon.com, Inc. or its affiliates