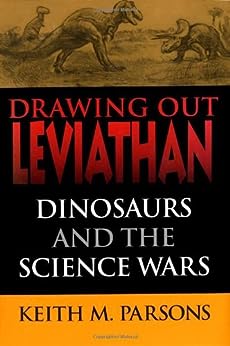 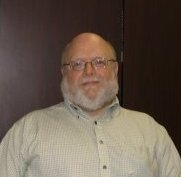 Drawing Out Leviathan: Dinosaurs and the Science Wars (Life of the Past) Kindle Edition

by Keith M. Parsons (Author) Format: Kindle Edition
Part of: Life of the Past (40 books)
See all formats and editions
Sorry, there was a problem loading this page. Try again.

" . . . are dinosaurs social constructs? Do we really know anything about dinosaurs? Might not all of our beliefs about dinosaurs merely be figments of the paleontological imagination? A few years ago such questions would have seemed preposterous, even nonsensical. Now they must have a serious answer."

At stake in the "Science Wars" that have raged in academe and in the media is nothing less than the standing of science in our culture. One side argues that science is a "social construct," that it does not discover facts about the world, but rather constructs artifacts disguised as objective truths. This view threatens the authority of science and rejects science's claims to objectivity, rationality, and disinterested inquiry. Drawing Out Leviathan examines this argument in the light of some major debates about dinosaurs: the case of the wrong-headed dinosaur, the dinosaur "heresies" of the 1970s, and the debate over the extinction of dinosaurs.

Keith Parsons claims that these debates, though lively and sometimes rancorous, show that evidence and logic, not arbitrary "rules of the game," remained vitally important, even when the debates were at their nastiest. They show science to be a complex set of activities, pervaded by social influences, and not easily reducible to any stereotype. Parsons acknowledges that there are lessons to be learned by scientists from their would-be adversaries, and the book concludes with some recommendations for ending the Science Wars.

For a more prehistoric perspective, Drawing Out Leviathan: Dinosaurs and the Science Wars pushes (mostly) hard data through the issues. In part I, University of Houston assistant professor of philosophy Keith M. Parsons has put together three "case studies" of how ideas shape the ways we reconstruct the lives of the long dead giants: the 45 years that poor Apatosaurus (better known as Brontosaurus) spent with the wrong head, the warm-blooded vs. cold-blooded debate and the "asteroid theory," which suggests their mass doom was the result of a massive impact. The four chapters of part II dissect the carnage.

KEITH M. PARSONS is Assistant Professor of Philosophy at the University of Houston, Clear Lake and author of God and the Burden of Proof. He is editor of Philo, Journal of the Society of Humanist Philosophers.

Keith M. Parsons is on the faculty of The University of Houston--Clear Lake, where he is Associate Professor of Philosophy and the recent winner of the President's Distinguished Research Award. His previous publications include the books God and the Burden of Proof (Prometheus Books, 1989), Drawing Out Leviathan (Indiana University Press, 2001), and The Great Dinosaur Controversy (ABC Clio Press, 2003). He holds a doctorate from the Department of History and Philosophy of Science of The University of Pittsburgh and a doctorate in philosophy from Queen's University (Canada). Dr. Parsons was the founding editor of the philosophical journal Philo. He has often served as a lecturer, debater, and workshop leader in a number of venues.

A. Scott
5.0 out of 5 stars excellent
Reviewed in the United States on September 24, 2012
Verified Purchase
This book is a page-turner with excellent information on both the history and philosophy of science. As you can probably tell from the title, Dr. Parsons' book covers the "science wars". In particularly, the work of postmodern philosophers of science like Bruno Latour and the question of the ontological existence of scientific entities (in this case, dinosaurs). This book is both funny and highly informative. Highly recommended.

p.s. if you enjoy this book, Dr. Parsons also edited an excellent anthology ("The Science Wars") which includes many important articles by postmodern thinkers and responses by historians and philosophers of science.
Read more
2 people found this helpful
Helpful
Report abuse

John Lamerand
5.0 out of 5 stars Simply brilliant
Reviewed in the United States on June 3, 2009
Verified Purchase
This text deals with what could be a very dry topic: the many failures of constructivism. Keith Parsons brings a clear and lively discussion to this subject in language that is very accessible. I'm struggling to think of another book I have read this year that I've enjoyed as much as this one.
Read more
3 people found this helpful
Helpful
Report abuse

D. Covington
3.0 out of 5 stars This is not unique to "fields of science".
Reviewed in the United States on March 13, 2015
It's human nature and history has shown, that doesn't really change. You have Theology Wars and anytime you have an institution that contains the 'ivory towers' of knowlegse, this can happen.
Read more
Helpful
Report abuse
See all reviews