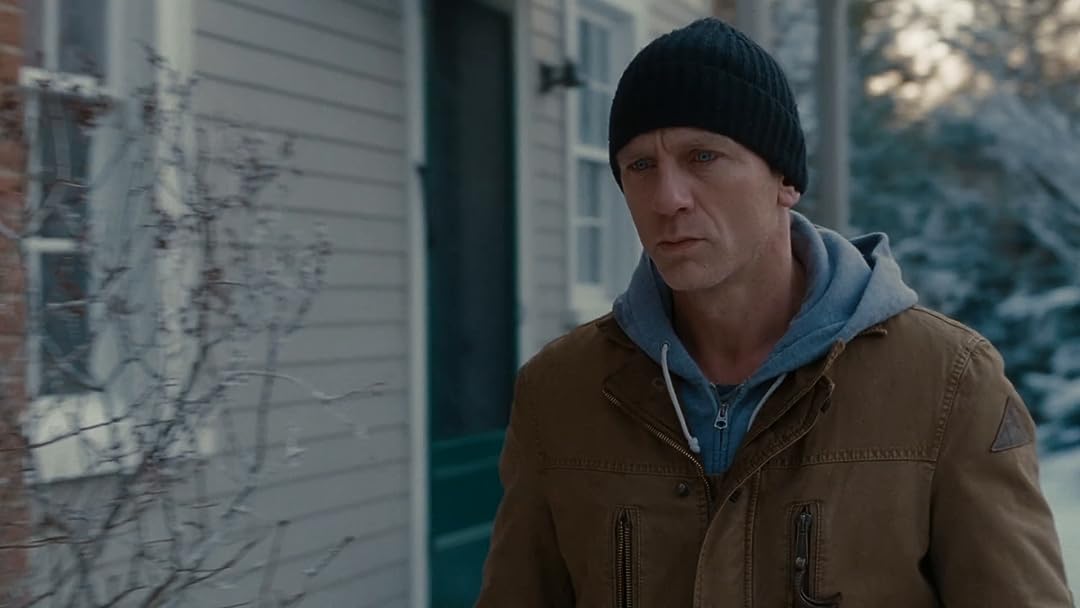 (1,176)
6.01 h 32 min2011X-RayPG-13
HD. An idyllic suburban home hides the dark secrets from a writer's past in this psychological thriller starring Daniel Craig.

Sheryl FechterReviewed in the United States on February 3, 2012
5.0 out of 5 stars
This Is A Tightly Wound Drama Within A Psychological Thriller.
Verified purchase
I really spent some time looking over the reviews of this one, every single one after it was just released here on Amazon. This was to see if it was one for me to even view, as I am not usually one to enjoy this genre in general. I am so glad that I did as they are all valid for their given reasons. *First off, I'll pass on the best piece of information I acquired - Please do not look at the trailer for this. It appears evident to me that this is marketed as an altogether horror picture with a PG-13 rating (I didn't view it thus), I just don't see it this way nor is it when you view it in its entirety. I found it smartly intriguing, especially after viewing it a couple of times. The movie appears to me as more a relationship story: suspenseful, a psychological thriller, and yes, horror-ish in parts. There are quite a few added in classic horror tidbits, nothing off-putting for someone like me who doesn't care for gratuity for its own sake. It does carry along an undercurrent of the supernatural and you do start to question what is real and what is not.

I thoroughly enjoyed this film and owe a lot to the reviewers for their time in writing. It is marketed wrongly so it could go totally unnoticed while it is a valid piece of entertainment. A chilling account that I was enthralled with beginning as novel writer Will (Daniel Craig) leaving work and then returning home to his close-knit family. Will's adoring wife Libby (Rachel Weisz) greets him along with their two daughters. The house is continually in a state of repair and is intriguing to say the least. During one night Will discovers, unbeknownst to him, that teenagers have broken into his basement so he chases them off of his property, bewildered by their motives. Things are getting more and more confusing, this becomes very dangerous for his once comfortable family. It is around this time that he meets his neighbor across the street, Ann (Naomi Watts). He seems to feel as if he may just know her more than what's apparent. There is also an interesting little cameo by Jane Alexander, that first comes into view at the genesis of the story. I wouldn't want you to read any more than the character set-up if you already haven't had this movie tainted with spoilers or watching the trailer (Again, please abstain if possible).

"Dream House" does boast a stylish and haunting cast that is not shy on chemistry in the two leads. Craig and Weisz have a distinct and completely believable attraction which is now quite understandable. Along with the interesting acting, add Naomi Watts to this duo for one more. There is just as much warmth, at times, to this as there are suspenseful moments and a lot of it if you have your eyes peeled all around and all of the time. These actors keep you present in the moment and in the movie. By the way, I loved the ending of which I certainly was not expecting. It gave me a cynical smile from this taut and engaging film.

joel wingReviewed in the United States on November 18, 2020
3.0 out of 5 stars
Great 1st half but then change things up and sort of ruin story
Verified purchase
Will (Daniel Craig) retires from his job, thinks about writing a book and then finds out the house that he moved into was the site of a grisly murder. He decides to investigate which leads him down a rabbit hole.

The movie begins like a traditional domestic story until Will finds some teenagers in his basement commemorating the anniversary of the murders. Then a mysterious man appears in his backyard. He finds the books of one of the murdered kids and more. On top of it he finds out that the man responsible Peter Ward is still at large. This all does an effective job building up the tension. The twist is that the more he digs the more he learns about his own past.

The first half of the movie is great as it appears to be a psychological thriller. Then in the last part they throw in a conventional crime story and ruin everything. The writers would have been much better off just focusing upon Will, but I guess they couldn’t think about how to finish his story and sort of ruined things as a result.
C
3 people found this helpful

Cat GardenerReviewed in the United States on January 11, 2012
4.0 out of 5 stars
Subtle thriller, not a horror flick
Verified purchase
I've seen "Dream House" a couple of times, and thought it was a very good movie, despite all the bad reviews I've read. I agree with only one review so far, from geeksofdoom.com: "a distorting and turning journey of mind-bending proportions, taking elements of...horror fiction and re-energizing them as 21st century psychological thriller...admirable performances [Craig and Weisz]...." "Yes, the plot is disorienting at times - but this is completely by design. While the audience is looking in a hundred distinct places to get a feel for where the movie is going, there are numerous elements hidden in plain sight that don't bubble to the surface until they're needed. The craftsmanship is the highlight and strongest facet of `Dream House', and make for a thrilling first viewing experience." I think there are many subtle hints that a great many viewers probably won't understand until they've seen the movie a second or third time. "...while it is not perfect, it sure is a hell of a lot of fun being along for the ride." The reviewer purposely did not see the trailers because of reports they gave away important plot elements. I did see the trailers, and I'm insulted that they gave away so much. No wonder the actors and director refused to participate in promoting the film. The studio, Morgan Creek films, must think we viewers are really stupid, that we won't pay to see a film unless we're told all the good stuff in the trailers. Also, it makes me wonder what plot elements they removed in their quest to satisfy the US rating people to bring it from R to PG.
56 people found this helpful

however, does have a some frustrating gaps so left with questions at the end.

thats why 4 not 5 stars because I need real closure and clear answers!
One person found this helpful

sungirlrt66Reviewed in the United States on April 27, 2014
5.0 out of 5 stars
Dream House is one of the few movies that falls into the Horror/Mystery catagories
Verified purchase
This is one movie I decided to buy. I enjoyed watching it the first time but got too busy to watch it again and since I had rented it I couldn't watch it without paying again; so I bought it this time. I enjoyed it even more the second time. I started understanding some of the little hints that we're given and it made more sense.
This is a story about a man who quits his job to write the "Great American Novel". He moved his family into a large old home with a lot of charm and a huge amount of repairs and updating. A loving family who find out that the house they have purchased is the location of a multiple murder. No one wants to be in a house that has this kind of history. It develops from here that the children and his wife see someone peering in the windows and when he goes outside the next day he can see footprints in the snow. It becomes really creepy and gets more and more interesting and puzzling at the same time. So, enjoy it. Daniel Craig is really good and so is Naomi Watts and Rachel Weisz. It's a cut above the usual horror flick. I highly recommend it. Not for young children with the violence and ghosts.
One person found this helpful

kathy mclaneReviewed in the United States on November 19, 2021
5.0 out of 5 stars
EXCELLENT MOVIE!!
Verified purchase
I Don't Know How I Missed This Movie~Sounded Good~The Reviews Sold It For Me!! Great Acting~Twists I Didn't See Comming & Another Movie I Am Keeping For My Library. Ordered Through Amazon Prime & Came Early~In Time For The Weekend!!
See all reviews
Back to top
Get to Know Us
Make Money with Us
Amazon Payment Products
Let Us Help You
EnglishChoose a language for shopping. United StatesChoose a country/region for shopping.
© 1996-2022, Amazon.com, Inc. or its affiliates