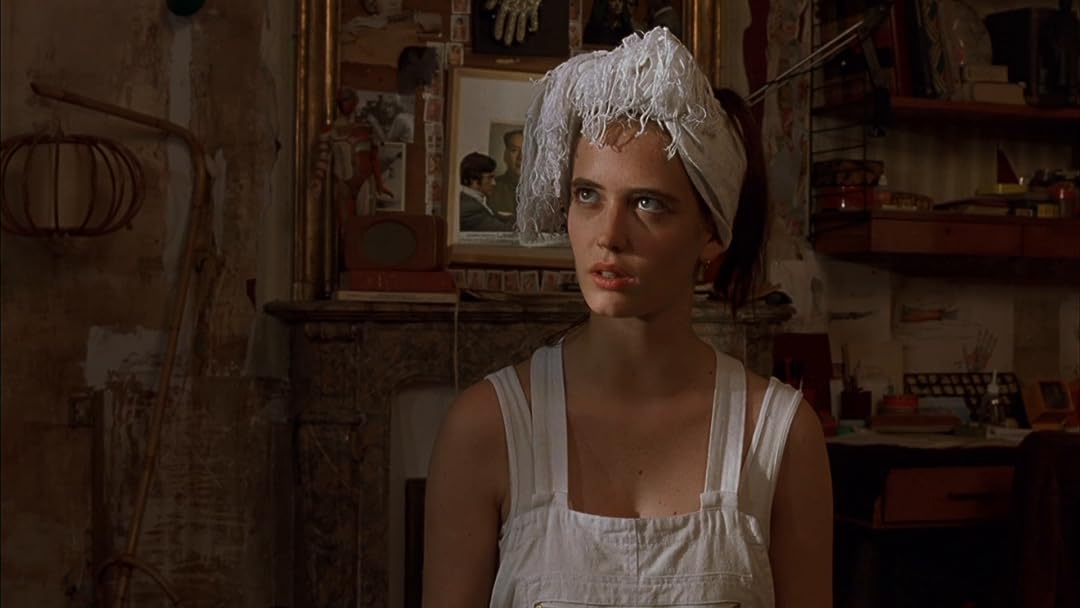 (7)
1 h 52 min2004R
HD. An American student in 1960s France moves in with a Parisian brother and sister who share his passion for cinema and sexual exploration.

KGReviewed in the United States on February 21, 2016
4.0 out of 5 stars
Not my favorite Bertolucci film, but still well worth seeing.
Note: This is listed here as the R rated, and not the NC-17 rated version. If that's the case, see if you can find another way to see it. Sexuality is at the core of the film on both a dramatic and thematic level, and while the cuts aren't huge, you are getting a slightly adulterated version, with the punches a bit pulled.

Notes on the film:
Once again, Bertolucci explores his favorite themes of politics, the nature of individuality vs. belonging and transgressive sex.

In 1968 Paris, as the protests that began around cinema threaten to expand and bring down the government, an odd manage-a-trios develops between a young American and a twin brother and sister, whose relationship is full of borderline incest. The three form a tight circle and almost forget the world outside while dunk on booze, sexuality,and each other. But by the end, the maelstrom outside is too powerful to simply be ignored.

This is a very good film, but for me, not quite a great one. The depths of these characters aren't explored the way Bertolucci does in, say `The Conformist', and there are even some places where it feels like he pulls his punches (not a director one thinks of doing so.) But the homosexual attraction between the brother and the American is reduced to an occasional ambiguous smoldering glance. That aspect, among others, was far
more explicit in the novel.

None-the-less, the film is beautifully made (some terrific editing that inserts images from other films that relate to and comment on the story), and the acting is solid and bold. While the sex itself isn't that much more explicit than in many R rated films, the amount of relaxed nudity is, and that meant these young actors had to really throw off their inhibitions to make many scenes work.

New Orleans galReviewed in the United States on June 17, 2016
2.0 out of 5 stars
Not Sex Serving Art But Rather Sex Serving Bertolucci
I loved Bertolucci's "Stealing Beauty," even though it has elements of the director's seeming predilection for young folks' self-discovery vis-a-vis their sexuality. This film, however, conveys more of a prurient gratuitous representation of sex. Twin adolescents (male and female) engage in an incestuous sadistic game that evolves into what feels like the molestation of a 3rd, a male exchange student. The backdrop is Paris, 1968, and a student revolution in reaction to the dismissal of the founder and head of a film theater and museum cum political institution. The 3 protagonists are dyed- in-the-wool film buffs and this aspect of the storyline is clever and well-executed, as all act out scenes and portray characters from classic or even little-known films.There are clever props of the time—a reproduction of the famous Delacroix painting "Liberty Leading the People, " in which Liberty's head has been exchanged for Marilyn Monroe's. But there's nothing high-minded here. In fact, there's a line spoken by Theo, the brother (though I'm not certain it was he, because both boys in the scene are nude in a bathtub and hard to differentiate), that sums up the piece for me-- not verbatim— the film director is a voyeur and the camera is the keyhole.
7 people found this helpful

DCBReviewed in the United States on March 24, 2019
5.0 out of 5 stars
Should watch
Classic, strange, and lovely
5 people found this helpful

Tea party SlayerReviewed in the United States on August 22, 2017
1.0 out of 5 stars
Pretentious and disgusting
Disgusting trash posing as an art film.
One person found this helpful
See all reviews
Back to top
Get to Know Us
Make Money with Us
Amazon Payment Products
Let Us Help You
EnglishChoose a language for shopping. United StatesChoose a country/region for shopping.
© 1996-2022, Amazon.com, Inc. or its affiliates